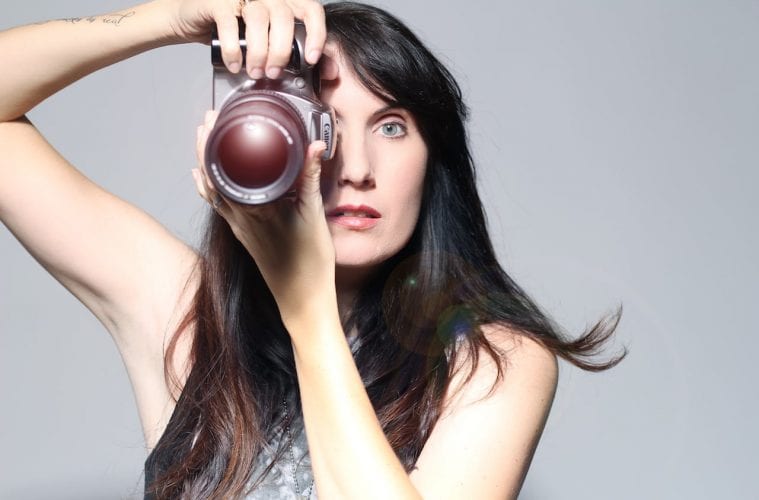 Though the name BreeAnne Clowdus might not ring a bell among theatergoers in Atlanta, chances are they’d recognize her publicity stills and posters for productions like Assassins, Clybourne Park and Miss Saigon. But of all the images captured by the photographer over the span of her five-year career, the one she’s most frequently identified with is that of a solitary female figure bathed in icy blue light for The Snow Queen.

The holiday classic, currently in its fourth season at Serenbe Playhouse through December 30, is an adaptation of the Hans Christian Andersen fable that inspired Disney’s animated feature film Frozen. 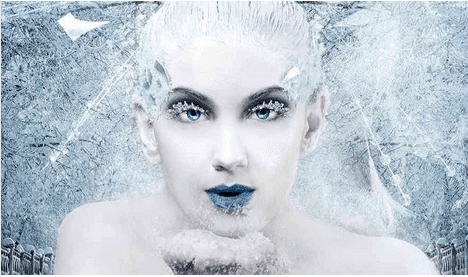 The image Clowdus shot for The Snow Queen.

Clowdus admits to having seen Frozen five or six times before taking her brother Brian, who is founder and artistic director at the playhouse, to see it several more times together. The tale’s overriding message about the redemptive power of love and sacrifice between siblings immediately appealed to the pair because of the intensely tight bond they share. Yet for all the warm and fuzzy feelings inspired by the movie, Clowdus opted to highlight another aspect of The Snow Queen entirely.

“The main character is a girl who must learn to interact with the outside world, even though that world has only hurt her,” says Clowdus, who conducts exhaustive research and creates storyboards in anticipation of every photo shoot. “I wanted people to see and feel the visual chilliness of the character. I wanted them to feel her isolation and sense a little bit of danger, like if you touched her, it would cut you.”

It takes several hours of special effects hair and makeup to transform an actress into the Snow Queen. (Brittany Ellis originated the role in 2013, and Jaclyn Helms assumes the part this season.) She must be painted white from head to toe, have mirrors glued to her face, and her cumulus cloud of hair is accessorized with twigs and branches encased in crystalline icicles.

Brittany was “freezing throughout the process,” says Clowdus. “I kept chitchatting with her, trying to make her comfortable and distract her from the fact that four hours had passed, and finally turned on some studio lights to warm her up and reduce the appearance of goose bumps when I was ready to shoot.”

Highly skilled at bending shadow and light to create a sense of drama, Clowdus’ childhood fascination with film, fashion and the red carpet portion of awards shows continues to inform her work today. She sites Vogue magazine editor Grace Coddington as a major source of inspiration for The Snow Queen poster. But her biggest asset as a photographer is arguably the soft skill set she honed as a little girl growing up in Hokes Bluff, Alabama. Back then, as a fifth-grader, she used to earn pocket change by working in her mother’s beauty salon every Saturday.

“I loved hanging out with those hair dressers,” she says of the job she held until leaving home for Dartmouth College (Class of ’97). “They would ask me advice about their relationships when I was 10 years old, and I would absolutely give it. I’d be like ‘This is ridiculous! Let me explain to you why so-and-so is unworthy of your affection.’ It was exactly what you would think it would be — inappropriate conversations galore.” 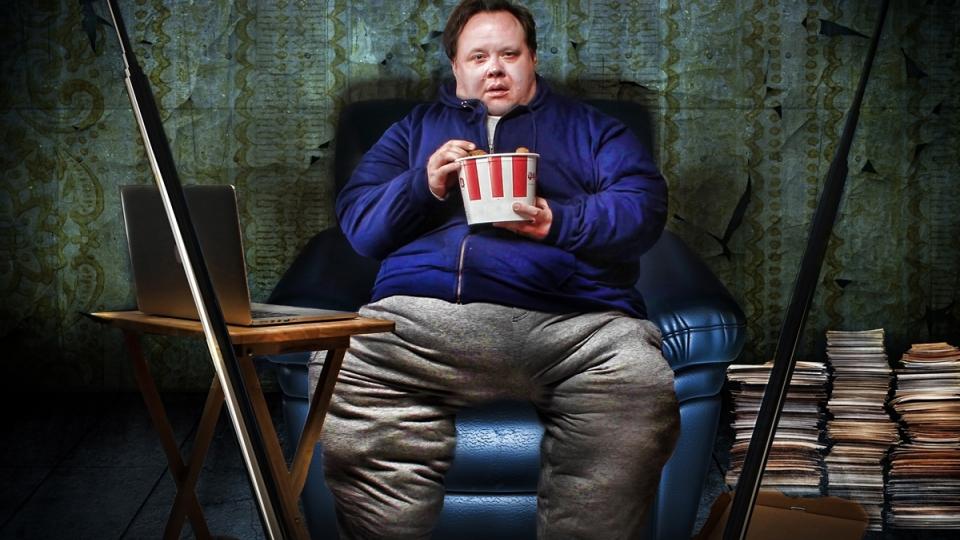 Clowdus captured this image of Freddie Ashley as The Whale.

Apparently, those inappropriate conversations, and her utter devotion to The Oprah Winfrey Show, sensitized Clowdus to human vulnerability. To this day, she is hyper-aware of how naked people can feel in front of her lens, whether they’re seasoned actors or CEOs in need of a headshot. “I call it the Pinocchio Effect,” she says. “They can be so wooden when they come in, and I’ve got to get them to let go of that and just be real . . . be themselves.”

Freddie Ashley, artistic director of Actor’s Express, calls Clowdus’ photo shoots the coolest cocktail party in town, for the well-stocked bar, low lighting and customized playlist she deploys to seduce her subjects. “BreeAnne can make anyone chill and reveal themselves in from of the camera,” he says.

In spite of the loose, fun approach to work, Ashley is quick to acknowledge Clowdus for her intellectual rigor, ability to think dramaturgically about the content of a play and facility for capturing the spirit of a show in a starkly contemporary aesthetic — as was the case when he commissioned her publicity photos for his 2013 production of Equus. But when he sat in front of her camera for the first time last year — in character, as a 600-pound man for a drama titled The Whale — the director saw a side to the shooter he’d never seen before. 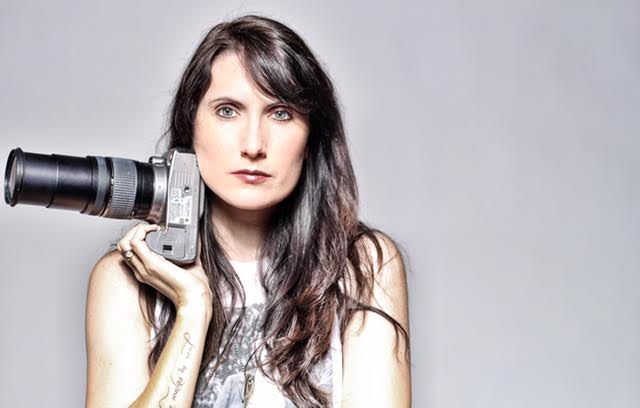 The goal of Clowdus is to capture the person behind the facade.

“I’ve never heard BreeAnne articulate the desire to direct film or theater as a goal,” says Ashley. “But I imagine she could very easily step into those roles if she wanted to because of how she instinctively digs into the content of a play and thinks very critically about how to lift the text into something visual, which is something a director does all the time.”

Danielle Deadwyler, an actress who has been the subject of Clowdus’ unblinking focus, echoes the sentiment.

“BreeAnne’s distinctly Southern charm contributes to her spirit of collaboration, generosity, hospitality and sincerity,” says Deadwyler. “She has a gift for meeting an actor where they are, and bringing them out of themselves in service of the character.”

Every actor craves direction, according to Atlanta-based writer and performer, Jessica De Maria, which makes them especially partial to Clowdus’ deft touch.

“I remember BreeAnne telling me to let my pain out on a recent shoot,” says De Maria. “But when I looked at her proofs, I did not see a woman in pain. I saw a woman who had come through something remarkable. I saw the strength that comes on the other side of pain. I saw the person I want to be.”