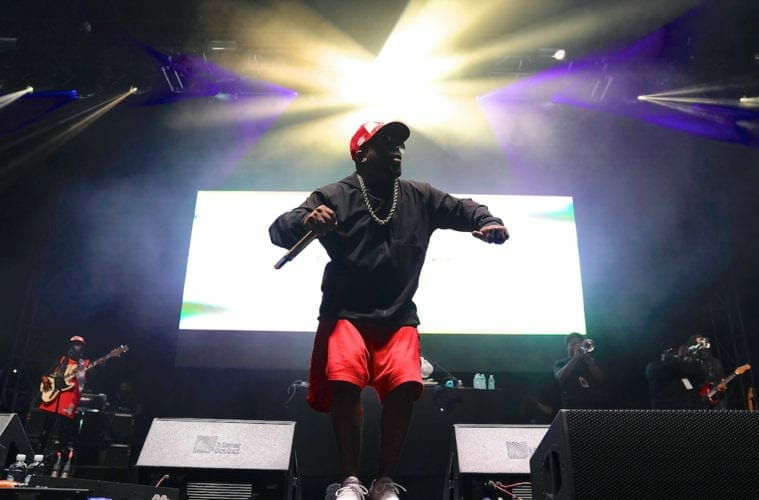 The audience was socially distanced and sat in pods. ArtsATL concert photographer Perry Julien was on hand for the shows. “People miss live music,” Julien says. “Despite the heavy downpour Saturday night, the pods were full for the most part and a majority of the people did a good job of being as safe as possible. It’s so weird watching and listening to live music in this environment, but it feels so good to have live music in any form.”

His photos are below. Social distancing, masks and pod seating were the order of the day. Moon Taxi performed against the backdrop of Midtown. Moon Taxi formed in Nashville, although drummer David Swan is an Atlanta native. The Athens-based Futurebirds performed Saturday with the Marcus King Trio. CeeLo Green was one of Big Boi’s unannounced “friends.” And then out came Killer Mike to join Big Boi.