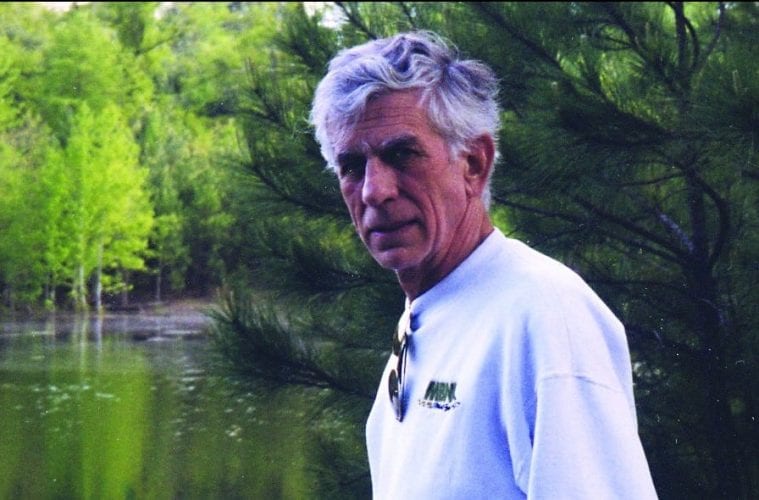 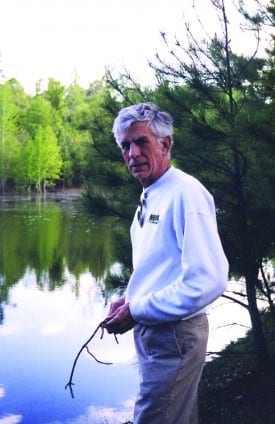 Let others chart the swifter shoals of Los Angeles and New York.

Long before anyone coined the expression “flyover country,” Paul Hemphill was scrounging around its margins to find poetry in the trailer park, the honky-tonk, the Minor-League locker room and other slow-eddying, weed-choked spots in the swampier backwaters. He jokingly referred to his body of work as a sort of “Bubba Trilogy — books about country music, baseball and stock car racing.”

Hemphill, who died in 2009 at the age of 73, will be inducted posthumously in the Georgia Writers Hall of Fame, along with Janisse Ray, Vereen Bell and Taylor Branch, in a ceremony on Nov. 9 at the University of Georgia. This laurel for a prolific career that spans 16 books and hundreds of richly textured essays is long overdue for a writer whom Newsweek declared “bears comparison to Faulkner in his lighter moods.”

Like that other Southern author, Hemphill wrote in lengthy sentences as rococo as a New Orleans balcony (don’t even think about diagramming them), but the similarity does not end there. Hemphill grew up the son of a long-haul truck driver in Birmingham, Alabama, and played semi-pro baseball before turning to journalism. He bounced around several newspapers, eventually ending up at The Atlanta Journal in 1965, during the thick of the Civil Rights Movement.

This was also the era of New Journalism, and Hemphill began cranking out a daily page-two column of 1,000 or 2,000 words that developed his warm, woodsmoke voice and got him labeled the “Jimmy Breslin of the South.” These pieces still hold up beautifully; you can sense their music, as keening as a pedal steel guitar, in the collections The Good Old Boys and — my personal favorite — Too Old to Cry. He was not yet 30 when he penned some of these; how could someone so young wax on so knowingly about so much hard-earned woe?

“Most of my best writing is ultimately sad,” he wrote. “It is about lost dreams and excess baggage and divorce, whiskey, suicide, killing and general unhappiness: a boy who died in my arms, in a bomb crater, while I wrote in Vietnam; an old lady who simply died of loneliness; a young couple with a child, stranded in a bus station; a pathetic kid from Tennessee who messed up a bank robbery in San Francisco.”

Don’t despair, though. There is high comedy in his first novel, Long Gone (1979), a raunchy picaresque about the Graceville (Florida) Oilers, the Class D League baseball team Hemphill actually played for in a career move that lasted all of five days. Throughout his work, most of his characters sweat out some sort of redemption, or at least enjoy a moment or two of flinty dignity, if only on the page. 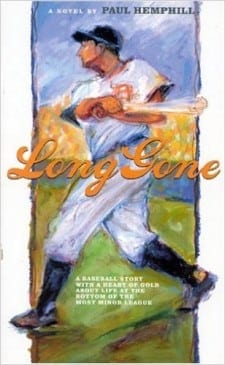 “Hell, I don’t know much about politics,” says Stud Cantrell, the raffish hero of Long Gone, “but I sure know about baseball. It’s just plain goddamn democratic when the best man wins. It ain’t supposed to matter who the pitcher’s daddy is or how much money the batter’s got in the bank. You get out there on that grass and it comes down to two people — a pitcher and a man with a bat in his hands, and there don’t nothing else matter.”

While Hemphill wrote frankly about race and extolled characters who were indelibly Southern and therefore “colorful” by default, his work avoids the freak-show tropes of Flannery O’Connor as well as the idealized, one-dimensional renderings of African-American characters who harrumph their way through the work of other white Dixie specialists. He did not grow up with a “mammy” who taught him how to love, but with a bigoted, blue-collar father who demonstrated the corrosive power of hate.

“This good man who once had been my hero, my ‘king of the road,’ now was eaten up by racism as though it was a cancer,” Hemphill lamented in Leaving Birmingham: Notes of a Native Son (1993).

Although he was consistently progressive — “there’s no one more liberal than a liberated redneck,” he liked to say — Hemphill’s working-class subjects, with dirt under their fingernails and grime on their Carhartts, were not always appreciated by the more genteel readers he dubbed the “parlor liberals.”

His long-form debut, started during his Nieman Fellowship at Harvard, was The Nashville Sound: Bright Lights and Country Music, the first book of its kind in 1970 and still widely regarded as the most authoritative on the subject. Originally published by Simon & Schuster, it since has been reissued twice — in 2005 by everthemore books and earlier this year by the University of Georgia Press — ­and rediscovered by a new generation of readers. This strumming, twanging, toe-tapping history proved an entertaining way for Hemphill to tweak the snobs and the Babbitts. In it, he writes:

‘Because of its many buildings of classic design, its interest in the arts and in education,’ explains a Chamber of Commerce flyer, ‘Nashville is known as the Athens of the South.’ Well, all right. No argument. But a funny thing happened on the way to the symphony. Ever since 1925 Nashville had hosted WSM radio’s Grand Ole Opry: the oldest continuing radio show in America, a five-hour procession of fiddlers and country comedians and yodelers and cloggers that every Saturday night drew a few thousand visitors to a hulking old downtown tabernacle called Ryman Auditorium and was broadcast all the way to Canada.

Another title of Hemphill’s that should enjoy renewed interest, especially as the country roils with racial violence and the South experiences another wave of arson attacks on its African-American churches, is The Ballad of Little River: A Tale of Race and Restless Youth in the Rural South (Simon &  Schuster, 2000), reputedly one of Harper Lee’s favorite books about a community in her backyard. For this “biography of a place,” he immersed himself in the flyspeck town of Little River, Alabama, where some white teenagers set fire to a black church in the wake of a Ku Klux Klan rally.

“It was a lusty band of tatterdemalions, the free-spirited sons and daughters of log-truck drivers and woodsmen and farmers and sharecroppers, not to be messed with,” he writes, as he meditates on the sociological toll of bigotry, cultural isolation and outright boredom.

This book alone would establish Hemphill as the bard of the backwoods if he had not already earned the title decades earlier. Of one of the large, obstreperous clans that dominate the region, he writes, “Throw a rock, you’ll hit a Boone, goes the saying, which can be taken either as wry commentary or a suggestion.” 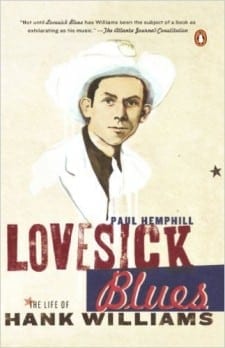 In his later years, Hemphill returned to his roots with a project that bookends nicely with The Nashville Sound: a biography of an icon he could identify with — another jug-eared, hard-living boy from Alabama. In the well-received Lovesick Blues: The Life of Hank Williams (Viking, 2005), Hemphill traces, with fresh insights, how Hiram Williams was inspired by both the Grand Ole Opry and an African-American singer and guitar player named Rufus “Tee Tot” Payne.

“[Hank’s] death while at the top of his game was, as the saying goes, a good career move,” concludes Hemphill in the final, high-lonesome pages. Because he blacked out for the last time at age 29, country music’s founding father, who “sang like a hurt animal,” never had to dicker with the Pygmalions of Music Row; peer through the cornstalks of Hee Haw; rehash his numerous rehabs (which consisted of getting bolted into a shack at the end of every tour) on Behind the Music; or, worst of all, square off with Elvis. So Williams’ legend stands, as enduring as the need to cry in one’s beer.

Hank Williams had come to us from out of nowhere, sprouting like a wild dandelion in the dank forests of south Alabama, some primordial beast who had been let loose on the land, a specimen heretofore undiscovered and by this summer of 1949, nobody seemed to know exactly what to make of him.

That description could just as easily be applied to Hemphill. Finally, though, with this upcoming accolade, the literary establishment is learning what to make of him.