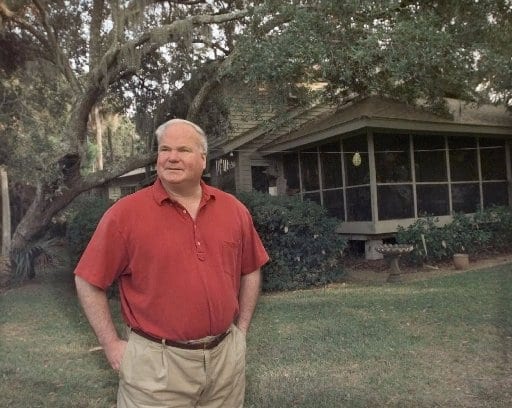 Q&A: For novelist and Marcus Jewish Book Festival speaker Pat Conroy, “everything is a story”

The Marcus Jewish Community Center of Atlanta Book Festival in Dunwoody is 21 years old, and to judge from its programs, it has matured into a vibrant celebration of the written word.

The author of The Prince of Tides and The Great Santini, Conroy is renowned for fictionalized portrayals of his painful childhood. His father, Donald Conroy – the inspiration for Bull Meecham, the violent Marine fighter pilot in The Great Santini – bullied his children and terrorized his wife. In his final years, though, this abusive man changed into a kind, supportive father.

Conroy explores their troubled but ultimately transformed relationship in his new memoir, The Death of Santini (Nan A.Talese, 352 pages). His sharp eye for character detail, his knack for immersive storytelling and his lilting language are all on display. As he explores the experiences leading to reconciliation, Conroy affirms his reputation as a great American writer.

ArtsATL spoke with Conroy by telephone from Washington, D.C. 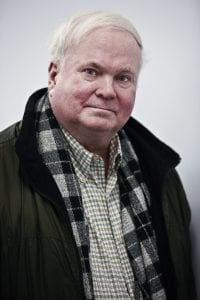 ArtsATL: Some of your books about your life and family have been fiction, others memoirs. Why did you decide to write The Death of Santini as a memoir rather than a novel?

Conroy: The one thing about a memoir is that you have to name the people, so you have to really believe what you’re saying about them because they’re all alive – or most of them are alive – and they will have to respond. And my father had, to me, such a remarkable comeback as a father. I thought I would understand what made him change as a result of writing this book, but I still don’t.

I think he realized after Mom left him that his kids absolutely despised him. I don’t want to underemphasize that at all. My brothers and sisters and I hated him. We didn’t want him around. We didn’t want to see him. Our mother didn’t want to see him. Being left spectacularly alone did something to Dad. That my father died a dearly beloved man is an extraordinary miracle in all of the Conroy’s children’s lives. None of us can believe it. He was horrible, but he certainly made a good comeback – at least for us. It may not have worked for other people, but it did for us.

Conroy: No, this isn’t the end of writing for me. I imagine I will still run my mouth about various things, but I wanted to put my family to rest. My brothers and sisters are praying that I put them at rest, too.

The response from them on the book has been mixed. They have each read it, but the only one I don’t know about is my sister Carol. She is the most controversial of the brothers and sisters in the book. As for the others, they are Conroys, so they don’t give praise. One of my brothers said he thought that I had written an adequate book, which is high praise for him. My wife Cassandra asked another one of my brothers, Mike, the other night at dinner if he had read it, and he answered “yeah.” That was it. He did not say one other word about it.

ArtsATL: Are you working on anything now?

Conroy: I am. I have another book coming out about Charleston.

ArtsATL: In her 1994 interview with The Paris Review, Alice Munro suggests that writers eventually do less personal writing as they continue in their careers because they “use up [their] childhood.” You have consistently mined your childhood for material. Why and how do you believe you’ve been able to do this?

Conroy: I’ve got things that happened in my life, and I listen. I was picked up at the Washington airport yesterday, for example. And maybe this would be a time when it would be easy to do it by rote: wave to the guy, have him get the bags, get in the car, etc. But anyway, I shake this guy’s hand and he says, “I picked you up four years ago, and after I met you I bought My Reading Life [Conroy’s 2010 memoir about reading]. I want to talk to you about a few of the books.”

Things keep happening to me like that. These stories come. With every American writer, America happens around them every day of their lives, and it’s an exciting country. I love this place, and I’ll be writing about it for the rest of my life. You can’t run out of material.

ArtsATL: Your books are incredibly popular. Why do you believe your stories have resonated so much with readers?

Conroy: I don’t know. It’s puzzled me. I cannot figure it out. Can you imagine: I’m at the Citadel, and I’m thinking, I’ll write about my family and the Citadel. The Citadel when I graduated in 1967 was without writers. I didn’t meet one while I was there. I met every general in the armed services, but there was never a writer on campus that I knew about. The success that I have had has all been a surprise to me. That people have actually had something from my work mean something to them has stunned me. I have always written what I know. I don’t know the rest.

ArtsATL: What advice do you have for young writers?

Conroy: I tell them to keep notebooks. I keep notes. The woman who checked me in at the hotel is from Holland. I saw how she behaved and how she dressed. She loves D.C because it’s so warm. There is a story everywhere. Everything is an opportunity for a story. Everything is a story to me. I always try to find them out when I’m with somebody. Always.