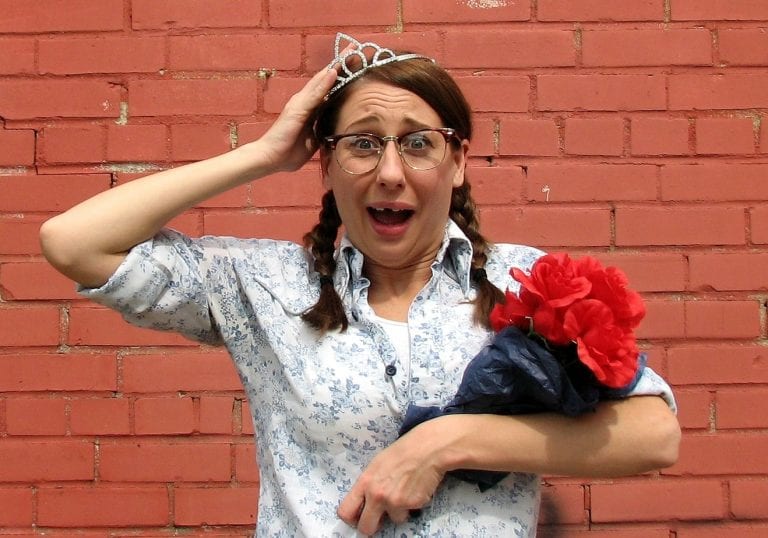 A new theater company hoping to fill the void of the defunct Theatre in the Square will launch in the same location in Marietta tonight.

Marietta Theatre, with Ed Howard as artistic director, will kick off with “The Summer of Daisy Fay,” written by Howard and running through November 25. Veronika Duerr appears in the one-person play, which Howard has been involved with in several previous local productions.

Best known as the playwright of the comedic “Greater Tuna,” Howard will work at Marietta Theatre alongside Gene Bradley, who was the house manager at Theatre in the Square from 1986 until it closed last spring. Her responsibilities will be along the lines of a patron services manager. The general manager of the new company will be Francisco Kaffaty.

After Theatre in the Square’s board of directors decided to close it after 30 years because of its debt, Howard and Bradley hatched the idea for the new company. They were surprised and saddened by the loss of the theater, they say, and knew that eventually something would need to fill its place.

After talking with former Theatre in the Square Artistic Director Palmer Wells (who founded the theater with his late partner, Michael Horne), getting his blessing and throwing ideas out to each other, Howard and Bradley moved forward. They are in the process of establishing non-profit status for the company, which they expect to happen in December. Meanwhile, they’re working with the Springer Opera House in Columbus, an umbrella for the new theater as it raises money.

“I have a good relationship with Paul Pierce,” Springer’s producing artistic director, Howard says. “They have produced some of my plays and have been very supportive. People can contribute through them and then that money goes back directly to the theater.”

He and Bradley have collected $25,000 so far, which has allowed them to start up and present “Daisy Fay” and Howard’s “A Tuna Christmas” for the holiday season.

Raising money for an unknown entity is a challenge. “A lot of the people who donated to us were courageous,” Howard says. “Money is like blood. That is why we want to get people in to see this show and the next one to see what we are about.”

They currently have a two-month lease with the property owner, Marietta City Councilman Philip Goldstein. They hope to raise enough money to rent the space for the first half of next year, in time for three more shows, and eventually use the space full time. Howard has an idea of what the winter-spring plays will be, he says, but wants to raise the funds first before announcing them.

Marietta Theatre will use the mainstage in the building, at 11 Whitlock Avenue. Another troupe, Next Stage Theatre Company, began renting the smaller Alley Stage in August.

Howard’s approach, at least at first, will be minimalist, staging shows with small casts, using many volunteers and employing a flexible staff that wears multiple hats. He wants to focus on telling Southern-themed stories and instilling the same professionalism that Theatre in the Square had. “Theatre in the Square was a vanguard for small, professional theater, not just in Marietta or Atlanta but the Southeast,” he says. “They set a standard.”

Not long after Theatre in the Square board Chairman Mike Russell declined money from the city of Marietta to help the company stay afloat and instead closed shop, he and a former Theatre in the Square employee, Susan Reid, were involved in trying to start a new theater, called Trackside Theatre Company. That led Wells and others to think they had planned a takeover all along, which Russell and Reid deny.

The application for funding that Trackside submitted to the Marietta City Council was eventually withdrawn, and Bradley says that she and Howard have had to work hard to make clear that they are not associated with Trackside and avoid a backlash.

“What they did, it did not reflect the artistic direction, ticket sales or an appreciation of Palmer,” Bradley says. The closing “affected a lot of people. We had to be careful not to have that connection.”

For his part, Wells plans to attend Marietta Theatre’s opening night and wishes the new troupe well. “I have met with them a few times to answer questions and offer whatever assistance I could,” he says. “I think there is a void there now and this will alleviate that. I think merchants and theater-goers will be pleased.”