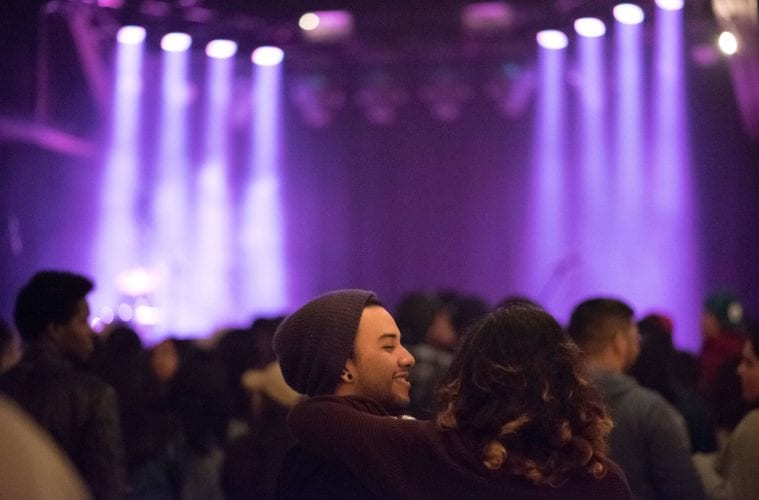 When Monica Campana, Margarita Rios and Randall Ruiz dove into dialogue about the state of Atlanta’s Latinx creative community, they had no idea they were about to create something new. Between Campana, executive director of Living Walls and current curator at WishATL’s The Gallery; Rios, a Terminal West manager and creative director of the Ni Aquí Ni Allá art collective; and Ruiz, a.k.a. DJ Florista, each were already individually and overwhelmingly active.

But Campana has always linked artists in hopes of a more comprehensive and inclusive creative sphere. A native of Peru, her mission extends to arranging more opportunities for people of common heritage to connect. Atlanta nightlife needed space for the Latinx community to move and mingle, and that’s precisely where she began. “Randall and I ​​met ​​in ​​2015,​​ ​​which ​​led ​​to ​​​founding La Choloteca​​,” she says of the roving nightclub event that initiated the collaboration. “The ​​project ​​only ​​further ​​propelled ​​us​ ​to ​​want ​​to ​​continue ​​creating ​​spaces ​​of celebration ​​and ​​healing ​​for ​​the ​​Latinx ​​community. ​​There​ ​needed ​​to ​​be ​​more.” 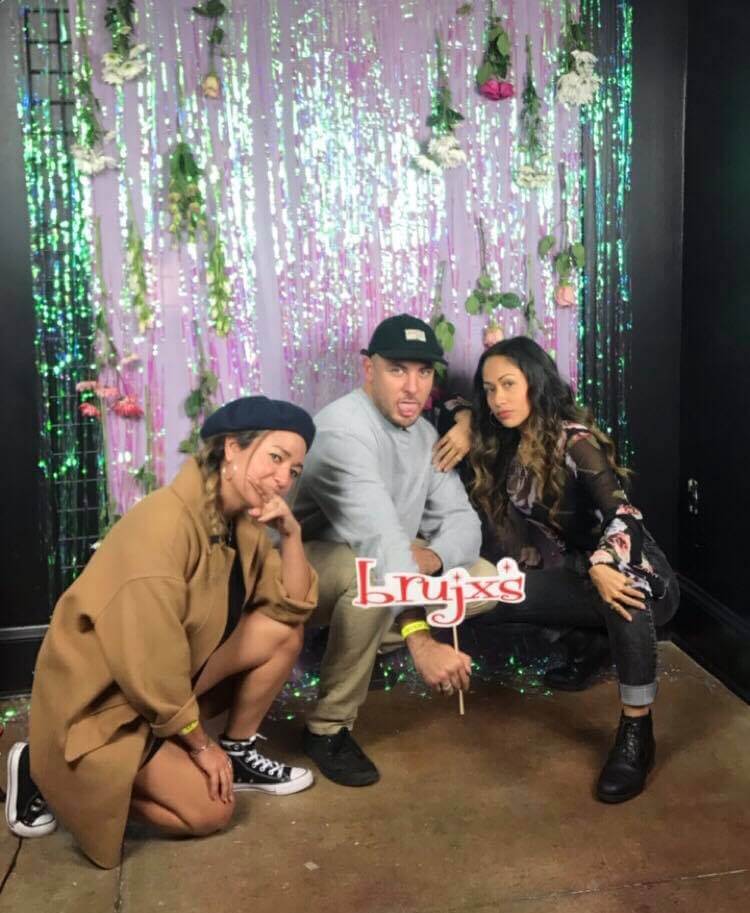 The organizers behind OYE — left to right: Monica Campana, Randall Ruiz and Margarita Rios — say they saw a need for space for Atlanta’s Latinx community in the city’s nightlife.

After jump-starting La ​​Choloteca’s first dance nights at Star Bar, the scope of possibility expanded when Ruiz, Choloteca’s resident DJ, introduced his childhood friend Rios to Campana during 2017’s Living Walls mural project on Buford Highway. And the acquaintance sparked a vision that is now flourishing: a booking and promotions company called OYE that has been expanding the Latinx presence in Atlanta’s nightlife since the organization’s founding in November 2017.

The group’s passion for creating events goes beyond a strong love of music and a bit of booking finesse. The events provide a safe space for communities that are not often seen or heard in the mainstream media, or even in local Atlanta nightlife. “OYE wants to play a role in the equation for change, focusing specifically on the Latinx community, but remaining welcoming to everyone,” Rios explains. “Our goal is to create events that feel inclusive and safe for everyone while celebrating the beauty of diversity.” As the company mission statement has it: “Connecting ​​arts ​​to ​​social ​​awareness, ​​we ​​honor ​​the ​​history and​ ​culture ​​that ​​is ​​shaping ​​the ​​creative, ​​visionary, ​​and ​​resilient ​​identity ​​of ​​the ​​Latinx community​ ​today.”

All three organizers say they’ve recognized the need for supportive spaces since a young age. Rios and Ruiz grew up in Gwinnett, previously one of the whitest counties in Georgia, which has seen enormous growth in its Latino and Asian communities in recent decades. However, spaces for the community to gather, especially for teenagers in the early 2000s, have long been sorely lacking.

And on March 2, OYE supported CobraCorps and Atlanta underground DJ collective Morph to host Barcelona-based rapper Bad Gyal at Aisle 5. Bad Gyal’s energetic, dreamy dancehall performance was supported by Asmara and Morph’s own JSport, a lineup that stood out brightly against the weekend’s standard offerings of white indie rock performers at so many other Atlanta venues.

Coming up, OYE will promote Zero Mile’s presentation of legendary Los Angeles six-piece Ozomatli at Variety Playhouse on March 17. Since the mid-90s, Ozomatli has mixed feel-good ska and rap with salsa and Bachata, speaking openly about social justice issues and inspiring the likes of Red Hot Chili Peppers and Rage Against the Machine.

OYE ​continues ​​to ​​push ​​for ​​more ​​​Latinx ​​presence in ​​the ​​Atlanta ​​music ​​scene, creating ​​​space ​​for ​​healing ​​and ​​resistance. OYE’s showcases have so far found no shortage of support from audiences, or from local and touring music acts. If there is an unspoken glue holding together OYE’s events, it is a fusion of community and celebration that has met with unfaltering and jubilant communion.