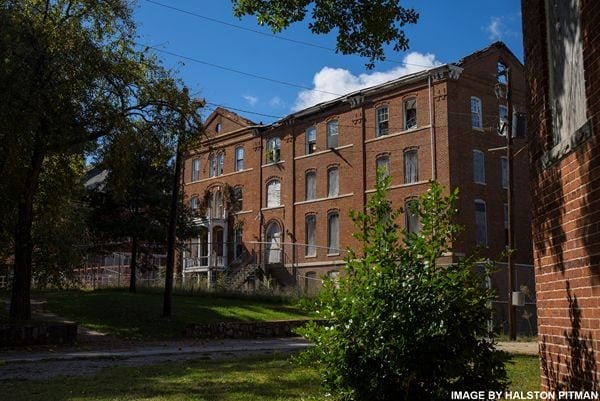 Opinion: Atlanta’s historic North Hall should be restored and saved 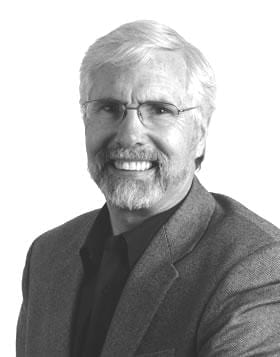 Timothy J. Crimmins is Professor of History and Director of the Center for Neighborhood and Metropolitan Studies at Georgia State University, where he has been on the faculty since 1972. He teaches courses on historic preservation and urban history, which include field studies of Atlanta, Southern cities and European and North African cities. He directs The Problem of the Color Line: Atlanta Landmarks and Civil Rights History teacher workshops funded by the National Endowment for the Humanities. His research on Atlanta history has appeared in exhibits at the Atlanta History Center, in an eight-part series called The Making of Modern Atlanta on Atlanta Public Television (1991-3) and elsewhere. Currently he is directing the Atlanta Metropolitan Growth Project for the Atlanta Regional Commission and writing a history of metropolitan Atlanta.

On August 20, 2015, a two-alarm fire engulfed a four-story brick building on MLK Drive just three blocks west of what is now Mercedes-Benz Stadium. News reports identified the structure as an “old dormitory” of Morris Brown College. The building is indeed “old.” Constructed in 1869, it dates to the rebuilding of Atlanta in the immediate aftermath of the Civil War. Its early history has been forgotten, but it is worth recounting because this building tells the story of the creation of an interracial community within a highly segregated city and region.

Known today as Gaines Hall, the partially burned former dormitory of Morris Brown College was first called North Hall and is the original building of Atlanta University. It is one of the oldest buildings in the city of Atlanta, the oldest that represents the city’s African-American heritage, and one of the oldest surviving buildings constructed by the American Missionary Association throughout the South to educate newly emancipated African Americans during the post-Civil War period.

The founding president of Atlanta University was Edmund Asa Ware, who served from 1869 until his death at 48 in 1885. With support from the American Missionary Association, Ware raised the funds to construct the two original campus buildings: North Hall (1869) for young women, and South Hall (1870) for young men. The two buildings had dormitory floors for students, rooms for faculty and their families, classrooms, a library, kitchen and dining hall. Ware was also responsible for the construction of Stone Hall (1882) and, as the number of students increased, additions to both North Hall and South Hall. When a new Atlanta University campus was built two blocks to the south in the 1930s (before it merged with Clark College to become Clark Atlanta University), Morris Brown College acquired the old Atlanta University campus and changed the names of North Hall to Gaines Hall and Stone Hall to Fountain Hall. Thirty years later, the Morris Brown administration demolished South Hall and replaced it with a science building.

The founding faculty of Atlanta University came to Atlanta to educate African Americans. They were graduates of Harvard, Yale and Oberlin, who created a classical curriculum for their students. Writing after a decade of operation, three faculty members recounted the purpose of the name: “The name ‘University,’ when adopted in 1867, signified nothing, save as a prophecy. . . . It foretold the capacity of those, for whom the school was especially founded, to advance in education, till they should need the advantages of a full university course. . . . There is no longer any doubt of the complete fulfillment of the . . . prophecy. . . .” In the same account, the authors noted that there were nine graduates of the collegiate department and 24 students currently enrolled. The school also had a secondary level, where the bulk of the students were in the normal (teacher preparatory) department and a grammar program that was established to prepare students for the higher levels. After a decade of operation, 82 percent of the graduates from the secondary program were teaching in urban and rural grammar schools serving the black community.

The vision of President Ware and his faculty extended beyond classroom instruction. They were white men and women who were committed to the promotion of racial equality, at a time and in a region where African Americans were subjected to a color line of second-class status. In their interactions with their students, there were no distinctions based on color. They lived in the same buildings and, breaking with the practice of boarding schools at the time, sat at the same tables with their students in the dining hall.

But this commitment to an interracial order was appalling to the white majority in the city and state who believed that African Americans should be relegated to an inferior status. In 1874, the Atlanta Constitution carried an account by a white Macon newspaper editor who attended the annual visit to Atlanta University of a committee appointed by the governor to determine if the African-American students were benefiting from their instructional program. The editor observed: “From the evidence submitted to-day we are willing now to concede the question, under proper and patient tutelage, the NEGRO CAN LEARN, and even become proficient in the branches embraced in the usual curriculum of colleges.” However, it seemed to him, their education gave the students an air above their status, which was something, he mused, that did not “augur well for the harmony of the races.” Indeed, students who were educated at Atlanta University did ruffle white feathers by resisting the second-class status imposed by the color line.

But the white editor did not have to look to the future to see a challenge to the Southern racial social order. After the recitations in South Hall, he followed the faculty, students and other visitors to the North Hall dining room. His account is difficult to read today, but it represents the prevailing white supremacist view in post-war Georgia: “Here we saw them file in, black, white and yellow, teacher and pupil, Saxon and African, cheek by jowl; all intent upon the gustatory work before them. It was a practical amalgamation, and sickening, social equality intensified. One warm, slender, plump and rosy-cheeked, was posted close to an ebony Hercules, and they tasted, and chatted, and hobnobbed, and billed and cooed so lovingly with each other that we couldn’t help wishing that the twain would meet. [It is this] which poisons this whole concern and will make it stink in the noses of native Georgians.” The Macon editor was recounting for his white readers a view of what he considered an affront to the separation of the races. However, strip away the racism and observe the dining room of North Hall where black and white, male and female enjoyed a meal together.

However, the commitment to fostering a biracial society by President Ware and his faculty meant that they did not operate their institution as part of a segregated system. Their interracial dining hall deviated from the norms of the color line that restricted social mixing. In time, they integrated their classrooms. When the children of white married faculty attained school age, they attended classes with black students. Noting this, white state officials demanded that faculty children attend white public schools, threatening the University with the loss of its annual state appropriation. Given a choice between the continued state subsidy or teaching without the distinction of race, Ware chose integrated education, foregoing the state subsidy.

North Hall, the oldest surviving of the two original buildings of Atlanta University, is a monument to its founders’ vision of a biracial society and their commitment to basic human and civil rights, which their students sought to advance here and elsewhere in the United States. Today it stands—its roof and interior gutted by fire—surrounded by fences, awaiting restoration or demolition. There are other historic buildings from the post-war period that suffered similar fiery fates and are now restored and standing today in downtown Atlanta. The 1869 Georgia Railroad Freight Depot was gutted by fire in 1935, and the Shrine of the Immaculate Conception, which was constructed between 1869 and 1873, suffered a similar fate in 1982.

Landmark buildings can and must be preserved. Invest Atlanta, the City of Atlanta’s development authority, is taking the lead in working through the legal issues of ownership as the first step that will make possible the restoration of North Hall. Because of the uncertainty of its restoration, the Georgia Trust for Historic Preservation has placed the building on its 2017 “Places in Peril” list. Now there must be an effort to create the political will to save this landmark building so that its origin story and the long road to racial equality in Atlanta can be remembered.