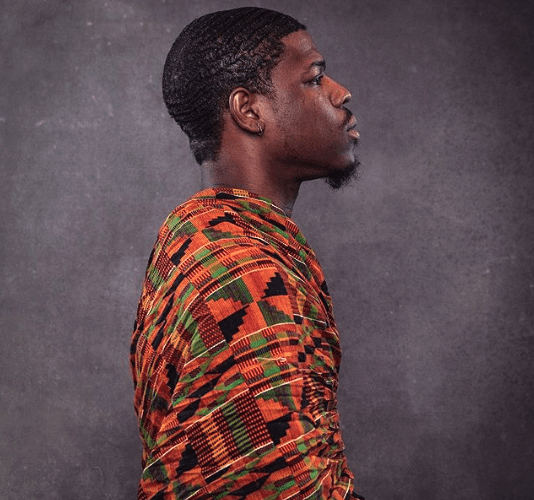 “Racism is a morality issue," said actor-singer-choreographer Sterling McClary. "Racism is a people issue . . . and it needs to be dealt with from the inside." (All photos by Kevin Harry)

One photographer, four hours and 25 voices speak to this moment in Black Lives Matter

“We shared laughter, tears and virtual hugs,” Kevin Harry says of his recent Black Lives Matter-themed portrait session. The portraits — 25 in total, mostly of Atlanta theater artists — were taken over four hours one afternoon and have been rolling out on Harry’s Instagram feed and Facebook page since June 22. The series may continue, and Harry plans to blog about the experience at some point. The series features black, white and Asian artists, men and women, the young, the youngish and the not so young. Actors, directors, singers, stage managers, parents, kids. Each portrait comes with a quote from the person pictured.

“Racism is a morality issue,” said actor–singer–choreographer Sterling McClary (seen in Five Guys Named Moe at Theatrical Outfit). “Racism is a people issue . . . and it needs to be dealt with from the inside.”

And this, from 12–year–old Eden Mew (the recent Fun Home at Actor’s Express): “This platform has given me a chance to correct and confront implicit bias and racism in my age group and my community.”

Harry says, simply, “I wanted to put a face behind some of the voices. Not everybody can get out and march.”

Harry did march, on June 7, with some 2,000 like-minded theater artists at the Atlanta Artist Solidarity March, but he wanted to contribute in a visual way. “History is happening,” says the actor, singer, director and photographer. He sits on the board of Actor’s Express and has been seen on Atlanta stages a lot, perhaps most memorably as Mister in The Color Purple and Sweeney Todd in Sweeney Todd: The Demon Barber of Fleet Street (both at Actor’s Express) and Javert in Les Misérables (at Aurora Theatre). “This platform has given me a chance to correct and confront implicit bias and racism in my age group and my community,” said Eden Mew, 12.

The portrait session was one of those spur-of-the-moment ideas that popped into his head about midnight one night, he says. He posted the idea to a couple of Atlanta theater-related Facebook groups, inviting artists to “talk and unload and speak honestly from the heart about what Black Lives Matter means to them.”

They were invited to come as there were, to wear a T–shirt or bring a sign if they wished, anything to express themselves. He and his small–but–mighty team (wife Michele and assistant Shelby Folks) did everything possible to follow Covid-19 protocols and make the sessions safe.

What he didn’t anticipate, he said, was seeing theater people he hadn’t seen in awhile and the cool camaraderie that happened.

“Typically in times of strife or civic unrest,” Harry said, “it’s not uncommon that artists are among the first to speak out. In my own small little world, I wanted to find a way to help out.” “It means helping change the mindset of people who are not of color to know we are important and we are valuable,” said actor-singer-songwriter India S. Tyree. “It means things have been incredibly unfair, and it is time for a change . . . so that there is truly justice and equality for all,” said actor-writer-director Ava Davis, also known as the Duchess of Grant Park. “A person should be judged by their merit and their character, and the color of their skin should have no bearing on that,” said actors Liza Jaine and Wyatt French.