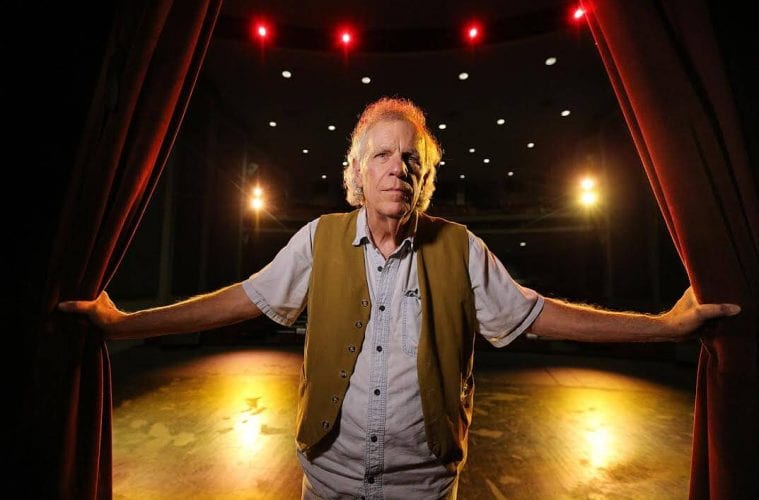 Less than a month after he and his wife Anita accepted a Lifetime Achievement Award from the Suzi Bass Awards, Georgia Ensemble Theatre cofounder Robert (Bob) J. Farley passed away unexpectedly Thursday morning. A cause of death is still being determined.

Farley, 69, had a lengthy career in theater. Trained at the Pasadena Playhouse in the late sixties, he worked for APA-Phoenix Repertory Company, the only rotating repertory company on Broadway. He also acted in Hair in Los Angeles and then moved to directing. Through a colleague, he met a production manager at the Alliance Theatre and was asked to come help “fix the theater.” Farley served as a resident director at the company from 1971 to 1974 and afterward moved to Los Angeles. He eventually accepted a job with Alaska Repertory Theater, but in 1987 was coaxed back to Atlanta to serve as the Alliance’s artistic director.

Besides directing the long-running Driving Miss Daisy — a gig which took him all over the world — Farley helped build the audience back up. By the time he left in 1990, the Alliance had 20,000 subscribers. He planned to move back to California but decided to stay. He and Anita began looking for a place to produce and found it in Roswell. His first season of Georgia Ensemble Theatre was in 1992. Earlier this year he announced that his 25th season would be his last and that his final directing job would be 2018’s The Buddy Holly Show, a musical he loved. The only stipulation was that Anita stay in her role as managing director.

Among the most noted productions under Farley’s guidance were several versions of And Then They Came For Me: Remembering the World of Anne Frank, an exceptional 2014 staging of The Elephant Man, and six world premiere collaborations with playwright Topher Payne, including the recent Morningside.

Georgia Ensemble Theatre released a statement today honoring Farley professionally and personally. “Bob was a passionate leader, a committed artist, a person of many talents and interests, and most importantly, a much-beloved husband, father, and grandfather. He kept his hands on the reins and his shoulder to the wheel for 25 years at Georgia Ensemble Theatre, and at the Alliance Theatre and Alaska Repertory Theatre before that. His leadership and influence were truly something special.”

Laurel Farley Crowe, Farley’s daughter, who has served as Georgia Ensemble’s education director since 2009, says her father was always willing to hear people out and take chances on them. “His whole philosophy was the best idea wins and that idea can come from anyone,” she says. “He never dismissed someone for their ideas or their creative input. He loved to collaborate and loved telling stories. He was fun and created an incubator for artists to create.”

When she went off to college, she never thought she’d return as an arts leader at the theater. “We worked so well together,” Crowe says. “I feel blessed to have had him and to have worked for him. He would say his professional legacy at the theater was education and what we have accomplished the last seven years. He had the pleasure of producing over 200 shows.”

Over the years, Payne became a close friend and colleague of Farley’s. The news stunned him. “There’s no good way for anyone to go out,” Payne says. “No matter how, you’re going to feel the wallop of it, but this one — we were completely unprepared and caught off guard.”

The recent Morningside proved to be the duo’s “grand finale.”

“I never could have imagined when I brought Tokens of Affection to Georgia Ensemble what it would be the beginning of, and how much that creative partnership would change my life,” Payne says. “The only way a playwright ever gets better is if you put their work in front of an audience and that means someone taking a risk on you. And Bob was willing to take that risk on me six times, which is extraordinary. I was never on staff at the theater, never a resident playwright there. I was just a playwright Bob Farley believed in. He kept on giving me the opportunity to tell stories, to challenge myself and their audience and build a relationship with them where we could consistently move the needle forward on the types of stories we were telling. I feel Morningside was the culmination of that in many ways.”

The playwright credits the lessons Farley taught him in being able to broaden his writing capability and segue into penning screenplays for television. “I was bringing — as a person and artist — a radically different perspective than their subscribers,” Payne says. “His challenge to me was to find a way to talk to these people, to get them to listen to what is important to you. Out of that, I developed a skill set that took me to the Hallmark Channel. It’s because of what he taught me about communicating with people who may bring something different to the table.” The local theater community shared condolences yesterday. Ann-Carol Pence, cofounder and associate producer of Aurora Theatre, recalls Farley as a guiding force. “Bob was one of Anthony’s [Rodriguez, cofounder and producing artistic director] and my greatest mentors when we were starting out,” she says. “He helped us learn how to get the rights for yet to be licensed plays. He helped us with budgeting and hiring our first Equity actors. And he really helped us negotiate some of the early partnerships with the City of Duluth. We used Georgia Ensemble’s successful partnership with Roswell Cultural Arts Center as a model for our success.”

Alan Kilpatrick, who will be taking over as artistic director of the company in the spring, says the loss is a huge blow to the community. “His passing diminishes theater in Atlanta,” Kilpatrick says. “I believe Bob had the largest heart and had more respect for theater artists than any other producer I’ve ever worked with.”

Remembrances of Farley popped up all day yesterday on Facebook.

Actress Natasha Drena: “My personal and artistic life changed the day that I met Bob Farley . . . I look at half of my friends on FB and realize that I would not know them if it wasn’t for Bob Farley. I wouldn’t have known that there was a beautiful community of artists gathering in Atlanta that not only believed in artistry but they believed in kindness and generosity along with their artistry. That we could all create together, and love one another and cheer for the successes of our friends because we are a community that creates opportunity for one another. I am forever grateful that Bob Farley asked me to sing on his stage, but I am more grateful of the person he taught me to be.”

Former Atlanta Lyric Theatre artistic director Brandt Blocker: “Completely shocked and saddened by the loss of my friend Bob Farley. He was one of the first to reach out to me when I arrived in Atlanta, and was always supportive of me and my work. Exactly one year ago, we had a great chat about our careers and life. I will never forget that talk, nor his consistent kindness. My heart and prayers are with his beautiful Anita and their family. Thank you, Bob, for all your great work, but mostly for your friendship and kindness.” Farley, left, served as a generous mentor to those hoping to break into theater.

Director/actor David Crowe: “Bob Farley gave me a job several years ago when I really needed one and brought me into the GET family. He became a mentor and then a friend. One of the best things about working in the same building was that I saw Bob often. Those three and five minute conversations in the lobby or stairwell were often the highlight of my day. You see, it’s not easy to find someone who truly cares about your career . . . or you. A professional interest, maybe, but even that’s rare. Bob cared. He was interested in artists and enjoyed seeing us succeed. He was a kind man and a generous collaborator. He was gentle, sincere, and absolutely dedicated to the work he was doing. He was dedicated to his family, too, and that included all of us who were lucky enough to step into the theatre with him and participate briefly in his life. Rest in peace, my friend.”

Actor Bill Murphey: “Long ago I learned that when the phone rang and I saw it was Bob Farley calling, opportunity and adventure were in store. The first call was when he asked me to step in late in the rehearsal period for a musical at his theatre, Georgia Ensemble. Another time he called to offer me a union contract for a show, enabling me to join Actors’ Equity Association. He called with an invitation to play Boolie in his production of Driving Miss Daisy at Theatrical Outfit, and again to see if I’d be interested in remounting the show on Hilton Head Island. Last year he called wanting me to have lunch with him and his friend Paul Brown in Roswell, to discuss my taking part in a new show about two of Alaska’s early governors. In Anchorage. I’m going to miss those calls and, more importantly, the man who made them. Bob loved theatre and the people who created it. He treated all of his artists with dignity and a respect that verged on awe. And how he loved his family! He was a good man, that Bob Farley, and I’m a better man for having known him.”

Services are not set at this time, but a memorial/remembrance will be planned and announced on the Georgia Ensemble Theatre’s website.

The recent Suzi Bass Award was something that moved Farley. “He was so honored,” says Laurel Farley Crowe. “I think he was really surprised.  He was in shock — he didn’t see it coming. He was so proud of it. The award will be displayed at a great place of honor for years to come.”

Payne calls that award and the subsequent reception from the Suzi Awards audience fitting. “If there is any consolation that I am taking today, it’s that we managed to express our gratitude when there was still time for him to hear it,” he says.