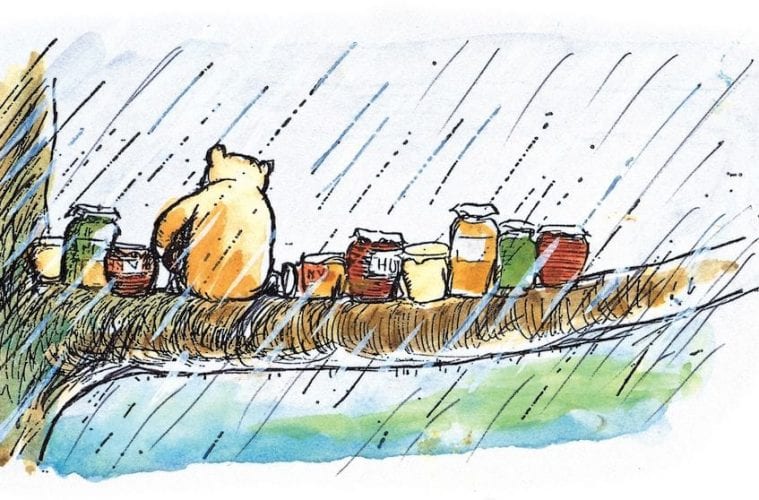 News: Victoria and Albert’s “Winnie-the-Pooh” exhibition to come to the High this summer

The High Museum of Art will be the first US venue for the new exhibition, Winnie-the-Pooh: Exploring a Classic, organized by the Victoria and Albert Museum in London, where it’s currently on view.

Opening at the High on June 3 and running through September 2, 2018, the exhibition — which is the largest ever of original Winnie-the-Pooh drawings and rare manuscripts — explores the origins, creation and lasting legacy of the stories written by A. A. Milne (1882–1956) and illustrated by E. H. Shepard (1879–1976). Objects include original illustrations, manuscripts and proofs along with early editions, letters, photographs, cartoons, ceramics and fashion.

Exploring a Classic seeks to reveal the people, relationships and inspirations behind Winnie-the-Pooh. Drawn from the archives of the V&A, The Walt Disney Company, Egmont Publishing, The Shepard Trust and The University of Surrey, the more than 200 works in the exhibition span 90 years of the character’s history, from 1920 to the present.

Key works on view will include:

Concurrently with the exhibition, the Alliance Theatre will present a new production of the musical Winnie-the-Pooh, based on Milne’s stories, from June 7 to July 1, at the Woodruff Arts Center.

The exhibition will occupy the lobby and second levels of the High’s Anne Cox Chambers Wing. In reviewing the show, London magazine The Spectator noted, “Most visitors will be divided into young children and those who remember the books from when they were young. There’s something for both.”