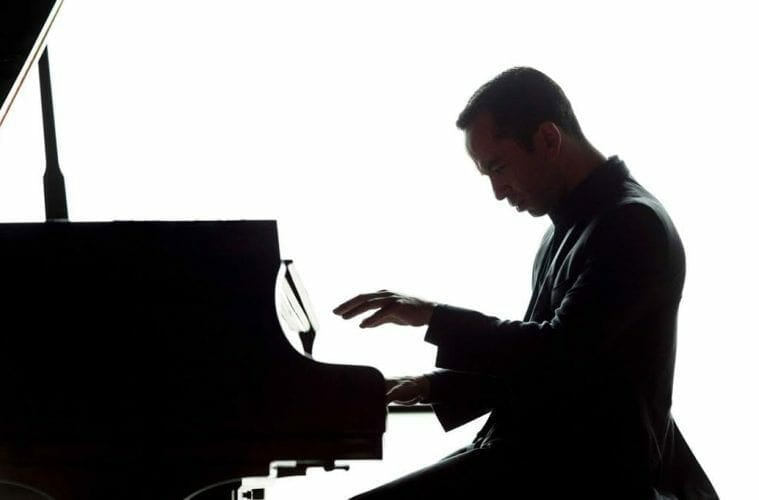 Pianist Inon Barnatan returns to Spivey Hall November 1 as part of the 2020-21 season.

In January 1991, when Spivey Hall opened, it stood alone as the only international-caliber concert hall in the Atlanta area. Indeed, with jewel-box acoustics and top-shelf programming, the 390-seat venue — on a picturesque site on the edge of a lake, on the campus of Clayton State University — instantly rivaled the best halls in America.

But Spivey, celebrating its 30th anniversary in 2020-21, remains the gold standard. The hall’s second-ever leader, Executive and Artistic Director Sam Dixon, announced the new season Sunday. Subscriptions and tickets are now on sale.

The Jerusalem Quartet, formed in Israel in 1996, is one of the world’s most acclaimed string quartets.

Dixon speaks of “Spivey moments” — the special qualities that he describes as “when you are completely enthralled by a fantastic performance and everyone in the audience is at one with the artists and the music.” Artistically conservative, Spivey isn’t about contemporary music, women (and other under-represented) composers, or genre-expanding ideas. But what they do they do very well indeed.

The season ends May 1, 2021, with the Jerusalem Quartet playing Mozart, Korngold and Schubert’s sublime “Death and the Maiden.”

In between, the season is grouped as categories, including jazz, pipe organ, holiday programs, the excellent Spivey Hall Children’s Choir, and that elusive slot for “special events.” The Pavel Haas Quartet is one of Spivey’s featured chamber groups for the upcoming season.

There are few halls where you’d rather hear chamber music than at Spivey, with an acoustic that’s warm, clear and enveloping. The sensational duo of French violinist Renaud Capuçon and Italian pianist Beatrice Rana, playing a bundle of sonatas by Prokofiev and Schumann, looks to be among the season’s highlights. The great Pavel Haas Quartet are joined by pianist Boris Giltburg for quartets and quintets by Beethoven and Dvorak.

Several concerts in the Vocal Series will get a red star on my calendar. British choir Tenebrae sings an a capella program of Spanish Renaissance church music, including works by Alonso Lobo and, a supreme masterpiece of polyphony, Tomas Luis de Victoria’s Requiem Mass (November 8). In another program of Iberian influence, star mezzo Isabel Leonard joins the family of guitar royalty, Los Romeros, for sultry music from Spain (November 21).