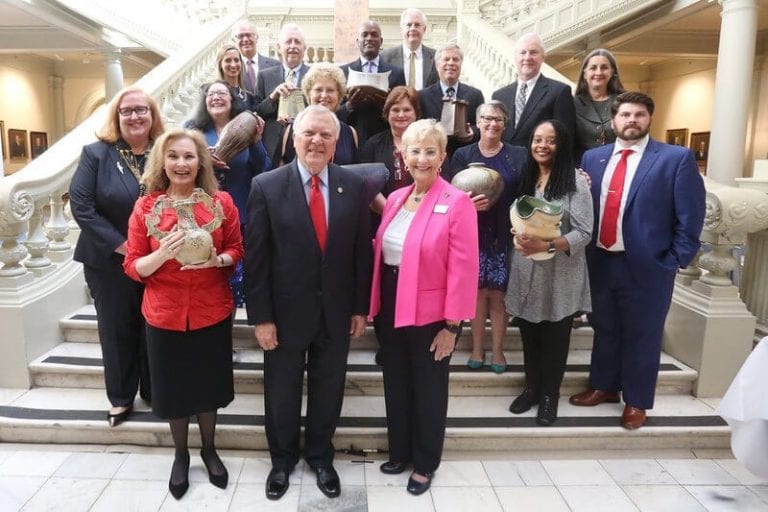 News: The sixth annual Governor’s Awards for the Arts and Humanities

“The First Lady and I are longtime supporters of the arts, humanities and expressions of creativity,” said Deal. “These awards recognize outstanding individuals and organizations that have made significant contributions to Georgia’s economic, civic and cultural vitality. Our state’s creative industries provide some 200,000 jobs for Georgians and generate $62.5 billion in economic impact. I congratulate the individuals and institutions being honored today and am grateful for their contributions to communities throughout Georgia.”

Twelve members of Georgia’s arts and humanities communities were selected following nominations from around the state. The recipients represent a diverse group of individuals and organizations that have supported the growth of Georgia’s creative industry through community involvement, pioneering programs and long-term financial commitment.

The recipients of the 2017 Governor’s Awards for the Arts and Humanities are:

The Annette Howell Turner Center for the Arts, Valdosta