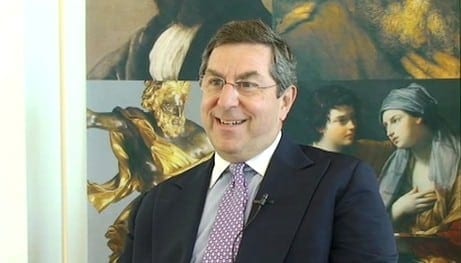 News: Michael Shapiro to retire as director of High Museum of Art in 2015 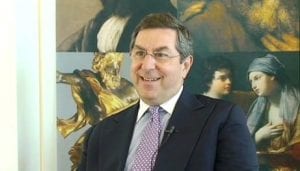 Michael Shapiro has led the High Museum for 15 years.

The High Museum of Art announced today that Michael E. Shapiro, the museum’s Nancy and Holcombe T. Green, Jr. Director since 2000, will leave the position next year after 15 years as director. Shapiro’s last day will be July 31, 2015.

“As I near my 65th birthday and 20th anniversary at the museum, I thought the timing was right for such a transition,” says Shapiro, whose birthday is November 15. “I have no particular plans about what I will do, but I want and need to add value in some way to something.”

Growth has characterized his tenure, best exemplified by the $160 million campus expansion: three buildings adding 177,000 square feet, sited around a plaza that redefined the Woodruff Arts Center. “The 2005 expansion was a critical moment in the High’s trajectory,” said F. Terry Stent, former chair of the High’s board of directors, “and Michael’s leadership was absolutely key in navigating the Museum through this major transformation.”

Under his leadership, the High Museum raised $20 million for acquisitions, succeeded in endowing all seven curatorial chairs, established the Atlanta Conservation Center in partnership with the Williamstown Art Conservation Center in Massachusetts and founded the David C. Driskell Prize, the first national award to honor and celebrate contributions to the field of African American art and art history.

Shapiro also instigated a number of partnerships with American and European museums, such as the Musée du Louvre. The current exhibition, Make a Joyful Noise: Renaissance Art and Music at Florence Cathedral, is the fourth in a series that has brought masterpieces of the Italian Renaissance to Atlanta.

“Michael Shapiro’s dedication and vision have transformed the High over the past 15 years. He has been instrumental in making the High the cultural cornerstone of the Atlanta community and the region that it is today,” said Louise Sams, chair of the High’s board of directors.

She said the board was already forming a committee to conduct a national and international search for the museum’s next director and will hire a search firm. The new director will face ongoing museum-world challenges. Among them, Sams notes: battling the array of competing leisure activities, embracing digital technology and rethinking membership as a revenue stream.

Her hope is to have the new director in place by the time Shapiro leaves. For his part, Shapiro says he expects “an orderly and smooth transition”: “As far as I’m concerned it’s business as usual; we’ll continue to build on the momentum we’ve generated.”