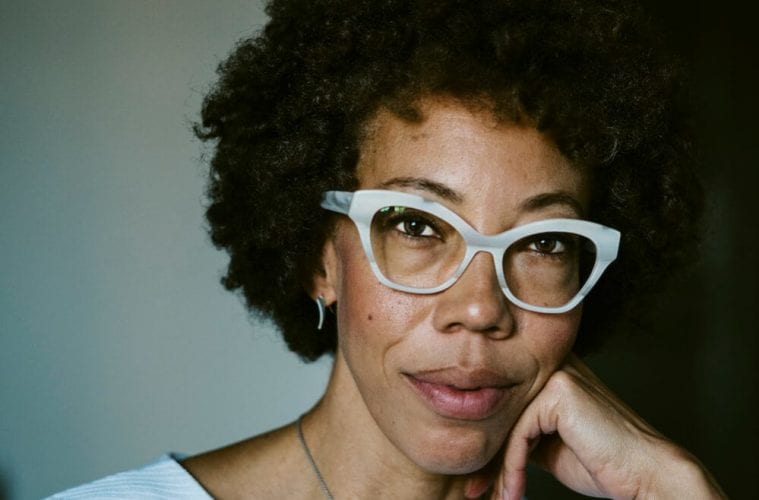 The High Museum of Art announced today that artist Amy Sherald is the 2018 recipient of the David C. Driskell Prize in recognition of her contributions to the field of African American art.

A Georgia native now based in Baltimore, Sherald is acclaimed for her distinctive portraits of African American subjects. In 2017, she received the commission to paint former first lady Michelle Obama’s official portrait for the Smithsonian National Portrait Gallery, which will be unveiled on February 12. The New York Times profiled Sherald in October 2017, when the announcement of the portrait was made, declaring the artist “the perfect woman to paint Michelle Obama.”

Accompanied by a $25,000 cash award, the Driskell Prize, named for the renowned African American artist and art scholar, was founded by the High in 2005 as the first national award to celebrate an early- or mid-career scholar or artist whose work makes an original and important contribution to the field of African American art or art history. Sherald will be honored at the 14th annual Driskell Prize Dinner at the High on Friday, April 27. 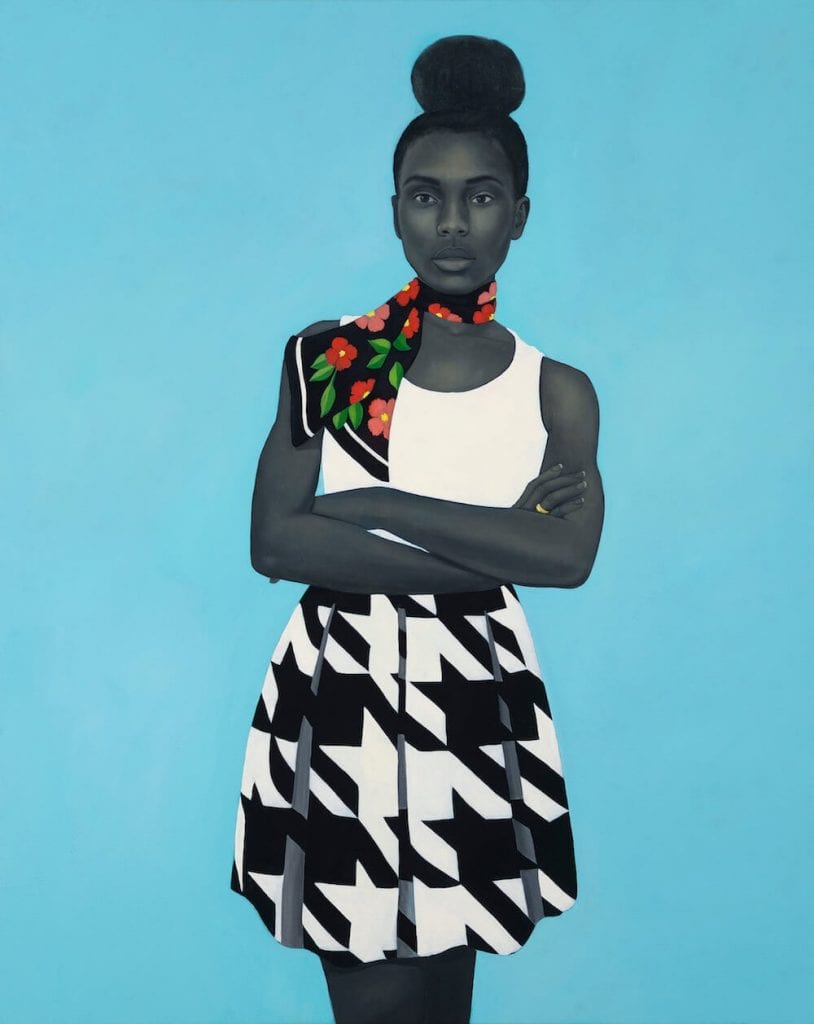 “Sherald is a remarkable talent who in recent years has gained the recognition she so thoroughly deserves as a unique force in contemporary art,” said Rand Suffolk, Nancy and Holcombe T. Green, Jr., director of the High. “We are honored to select her as this year’s recipient and to support her incredible work, which celebrates America’s diversity and rich cultural heritage.”

Born in Columbus, GA, in 1973, Sherald trained as a painter in Atlanta and earned a bachelor of arts degree from Clark Atlanta University. Following a Spelman College International Artist-in-Residence program in Portobelo, Panama, she went on to receive her master’s degree in painting from the Maryland Institute College of Art. Upon graduating in 2004, she was diagnosed with congestive heart failure, and after completing a residency in Norway, Sherald moved home to Georgia to care for her family. She returned to Baltimore in 2008 to refocus on her practice, and her work began to gain national attention in 2011 when the National Museum of Women in the Arts acquired one of her paintings. 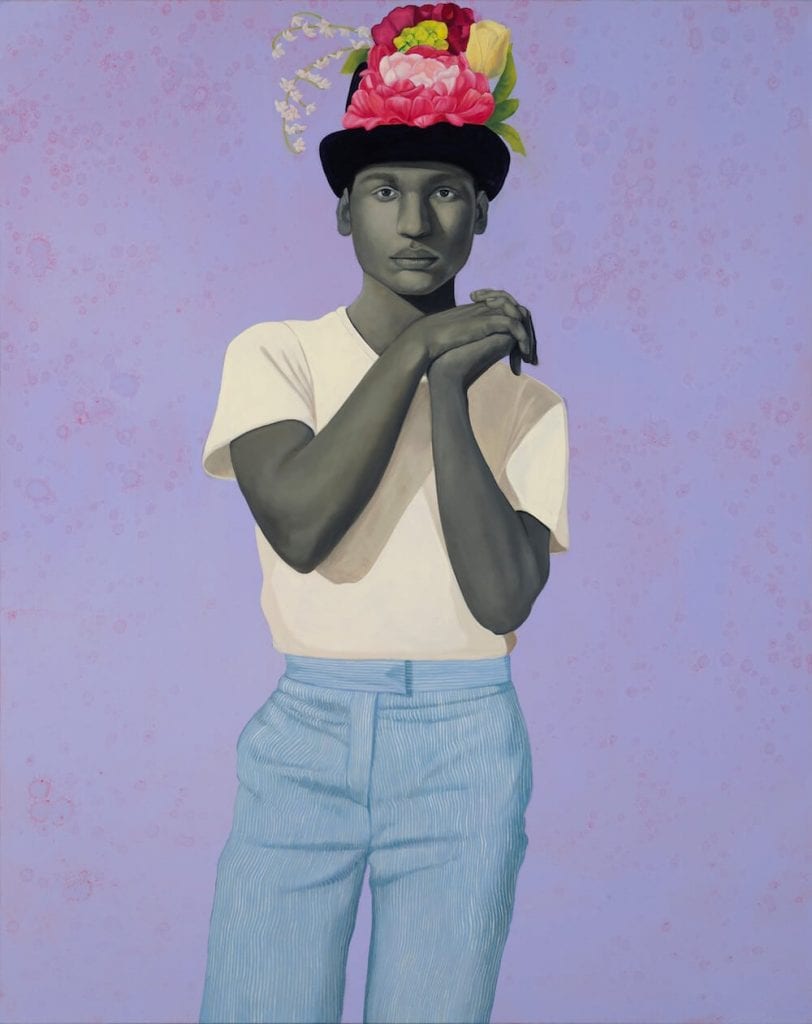 Amy Sherald’s Try on dreams until I find the one that fits me. They  all fit me. 2017, oil on canvas. Collection of the Kemper Museum of Contemporary Art,  Kansas City, MO. (Courtesy of the artist and Monique Meloche Gallery, Chicago)

Sherald received a life-saving heart transplant in December 2012 and, after her recuperation, resumed working in her studio in Baltimore. In 2016, Sherald was the first woman to win the Smithsonian National Portrait Gallery’s Outwin Boochever Portrait Competition for her 2014 painting Miss Everything (Unsuppressed Deliverance). An accompanying exhibition, The Outwin 2016, has been on tour since 2016 and opens at the Ackland Art Museum, University of North Carolina, in June 2018. The New York Times selected Sherald among “19 Artists to Watch” in 2017.

The selection process for the 2018 recipient of the Driskell Prize began with a call for nominations from a national pool of artists, curators, teachers, collectors and art historians. Sherald was chosen from among these nominations by review committee members assembled by the High: Andrea Barnwell Brownlee, the 2013 Driskell Prize recipient and director of the Spelman College Museum of Fine Art; Valerie Cassel Oliver, the 2011 Driskell Prize recipient and curator of modern and contemporary art at the Virginia Museum of Fine Arts; and the High’s Wieland Family Curator of Modern and Contemporary Art, Michael Rooks.

The 2018 Driskell Prize Dinner is co-chaired by Helen Smith Price, Jane Jackson and Matthew T. Echols with Honorary Chair Ambassador Andrew Young. Tickets for the black-tie event may be purchased by contacting Rhonda Matheison at rhonda.matheison@high.org or 404-733-4403. Proceeds from the dinner support the David C. Driskell African American Art Acquisition Funds. Since their inception, the funds have supported the acquisition of 48 works by African American artists for the High’s collection.