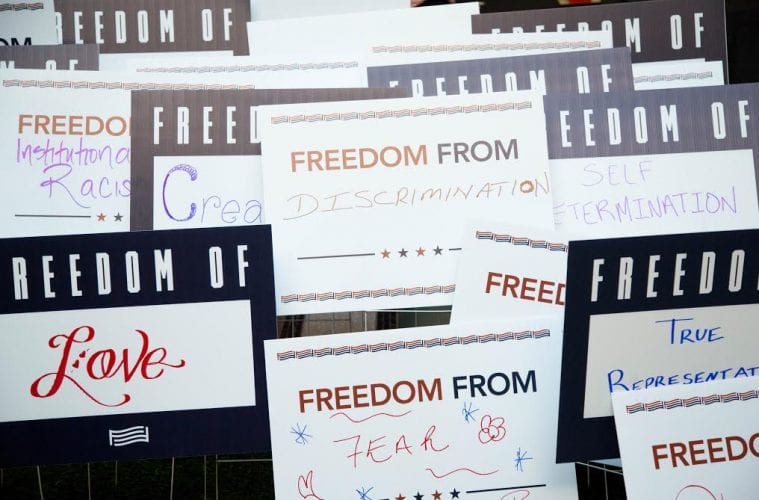 The nation’s first-ever artist-run super PAC will come to Atlanta this October, compliments of Flux Projects. For Freedoms is an artist-run super PAC founded by visual artists Hank Willis Thomas and Eric Gottesman. They will install the outdoor sculptural installation Yard Sign Activation in Freedom Park from October 17 to November 11. This is one of many projects the super PAC has produced around the country since registering as a political action committee in January.

Other works have included works with Marilyn Minter, Carrie Mae Weems, Trevor Paglen and Nari Ward, all of whom have developed works for exhibition and large-scale activations such as billboards, voter registration drives, balloon drops and public advertising campaigns. These installations have taken place nationally, appearing in cities such as Cleveland, Chicago, Los Angeles, Miami, New York, San Francisco and Winston-Salem.

Most recently, Willis Thomas’ collaborative work, The Truth Booth, was on display at the Tacoma Art Museum, a piece he developed with The Cause Collective. That piece, which has toured internationally, has made stops in Afghanistan, South Africa and throughout the United States since debuting at the Galway Arts Center in Ireland in 2011. Additionally, his exhibitions Hank Willis Thomas was on show at the Cleveland Museum of Art and Repetition and Difference on display at the Jewish Museum in New York. 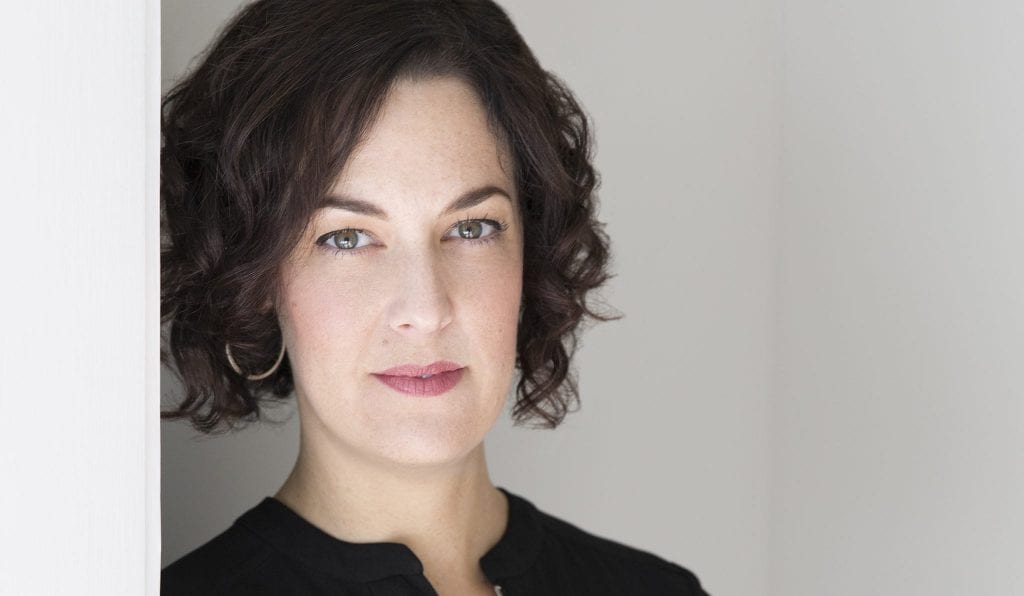 “Flux Projects is proud to be collaborating with such an important national creative initiative,” says Melissa Messina, Flux Projects’ artistic director. “Doing so allows Atlanta to take part in this country’s civic and artistic discourse.” This comes just two months after Messina’s hire and her voicing of Flux Projects’ intent to focus on year-round programming rather than a single annual event.

Presented as a pop-up tented “campaign headquarters,” this iteration of Yard Sign Activation will include printed banners with artwork by Carrie Mae Weems and Hank Willis Thomas. The Atlanta community will have the chance to participate by completing bandit signs, those outdoor yard signs that pop up in yards throughout campaign season, that read “Freedom of _____” or “Freedom from ______.”  The public is invited to fill these yard signs out across three locations (and more activation sites will be added) throughout the week:

The completed signs — an estimated 800 to 1,000 — will be collected and installed en masse at the corner of Freedom Parkway and Highland Avenue — a prominent placement for a wide range of commuters as well as a place of cultural significance. 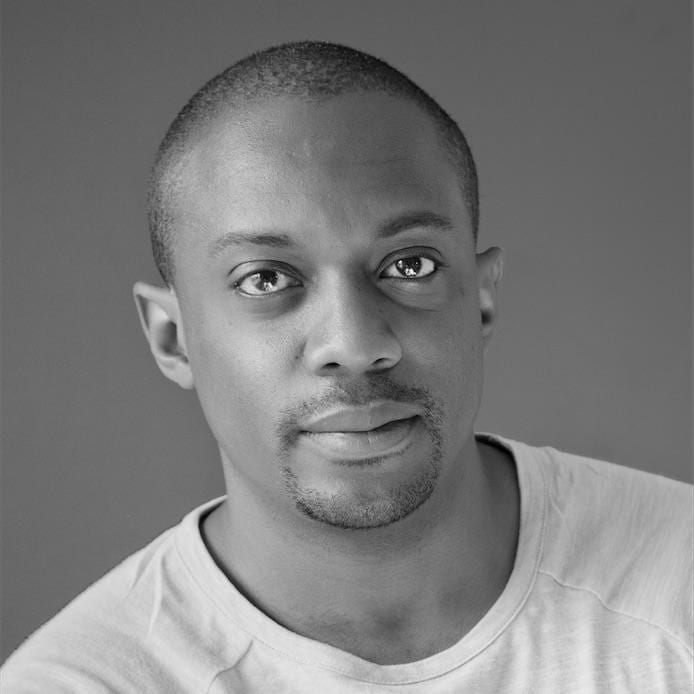 Named after the heralded “Four Freedoms” wartime address delivered by President Franklin D. Roosevelt in 1941, the super PAC intends to evoke the protection of inherent freedoms such as speech and worship, in addition to protecting from want and fear. “We are F-O-R Freedoms rather than F-O-U-R Freedoms,” says Hank Willis Thomas. “It is important to validate the freedoms of others — even the ones we don’t agree with — because we want them to validate ours. For Freedoms is a proof of concept and it’s important to us to encourage others to engage. We are excited that Flux Projects is joining us by using the Yard Sign Activation in Atlanta to make art a form of political engagement.”

Additionally, Flux Projects will be hosting Willis Thomas in a free lecture at Jimmy Carter Presidential Library on Wednesday, October 19, at 7 p.m. Willis Thomas will speak about the creation of and inspiration behind For Freedoms as a collaborative and civic-minded artistic project, which involves over 50 artists, and the many activations it has executed across the country in advance of the presidential election.

“With this piece, a portion of Atlanta’s collective opinions and ideas take shape in a visual way,” says Messina. “The placement at a highly-trafficked intersection of Freedom Parkway provides not only a physical but symbolic framework.”