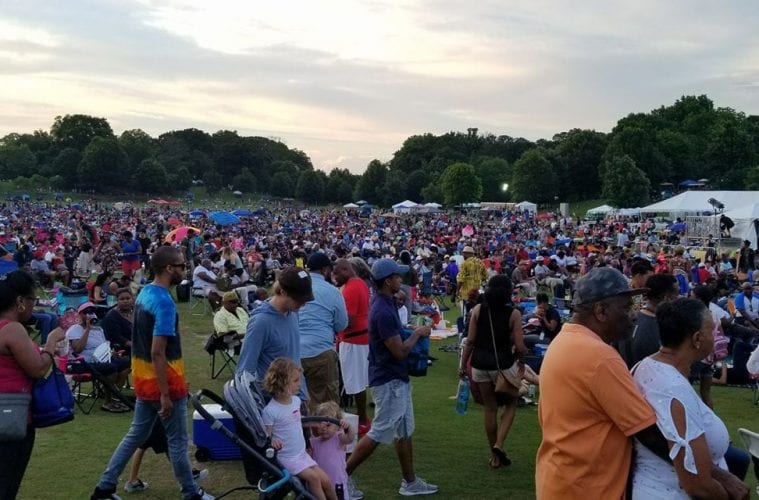 The $661.4 million budget unanimously passed by the City Council on Monday will more than double the city’s commitment to public funding for arts and cultural groups.

The original budget proposal — the first budget under new Mayor Keisha Lance Bottoms — called for the city to maintain its current level of arts funding at $995,000. But Bottoms lent her support to District 2 City Councilman Amir R. Farokhi’s push to more than double that figure to $2 million.

“This wouldn’t have happened without the mayor’s support,” Farokhi said. “This is an important step in the right direction. We still lag behind other cities in our region such as Nashville and Charlotte, and we need to invest more public dollars.”

A spokeswoman for Bottoms said the administration included the increase in arts funding in her amended budget proposal later in the process. “She was seeking additional funding for several initiatives, including arts funding,” the spokeswoman said.

Lisa Cremin, the director of community development for the Community Foundation for Greater Atlanta, said this is a significant moment for a state that ranks dead last in public funding of the arts. “The timing was right to make this adjustment that brings arts funding in Atlanta up to a base level,” Cremin said. “Atlanta’s arts community has grown and matured faster than the budget from the city to support the arts. This was the ideal time with a new mayor, and the community was excited about the opportunity to come out and show their support for this. It says a lot about the city’s understanding of the economic multipliers brought into Atlanta by the arts.” According to a 2015 Americans for the Arts survey of Atlanta, every resident spends an average of $27 when they attend an arts event (not including the price of admission); for nonresidents, the figure is $37. “Every person who sees an arts event in Atlanta makes an economic impact,” Cremin said. “The money that is invested in the arts comes back around.”

Farokhi said the City of Atlanta’s $2 million budget for arts funding is geared toward providing grants for small- and medium-sized arts organizations, many of whom are straining for money to survive. “I’m excited about this,” he said. “The arts make the city come alive. Imagine what we could do with more public funding. We’ve succeeded in spite of not having significant public funding, and that’s not an excuse to continue down that road. Arts and culture help the community and helps our economic development.”

Both Farokhi and Cremin noted the economic impact that the arts have on a city.

“The arts and culture community is a massive part of the economic ecosystem in Atlanta,” Farokhi said. “We want to establish and maintain Atlanta’s cultural influence in the region and in the world. We’re the capital of the South and sell ourselves short sometimes in terms of our cultural influence. We need that culture.”

Cremin said the housing boom in Midtown is driven by people wanting to live in the city with easy access to Atlanta’s cultural offerings. “You can’t miss all the building going on in Midtown,” she said. “The arts really stimulate this in a major way. The things that attract people to want to live in a city wouldn’t be there without the arts.”

She said the infusion of public money into arts organizations help them get more money from private donors. “This is significant because public money leverages private investment,” she said. “A grant from the city signals that this organization has been fully vetted, and other types of investors can feel comfortable investing in an organization. Historically, it becomes a domino effect.” Cremin notes that Georgia ranks last in the country when it comes to public arts funding.

Another impact of increased funding is opportunities for education. “The arts play a major role in that,” Cremin said. “Arts organizations that receive funding through the city are providing a lot of education programming in schools and for young people. We sometimes forget to count that.”

Cremin said arts leaders are now turning their focus on state leaders. According to the National Assembly of State Arts Agencies, in fiscal year 2018 Georgia will spend just 11 cents per capita in state legislative appropriations for arts, ranking 50th out of 50 states. In comparison, North Carolina spends 80 cents per capita, Tennessee $1.06 per capita and Alabama 99 cents per capita. The total budget for arts funding in the state in fiscal 2018 is just $1.1 million.

“We have an increase in the city, and now we have the state to work towards,” Cremin said. “Georgia has the lowest per capita of public arts funding in America. We need to thank the city council and the mayor, and go to work on the state.”

Farokhi said he also hopes this is just the start of dedicating significantly more public funding for the arts.

“I hope this is not the last increase we see in funding for the arts,” he said. “We have a community-wide conversation going on in terms of what is needed, and I see this as a good first step. It’s also a terrific opportunity to begin to invest in cultural planning for the city the way other cities like Seattle do.”