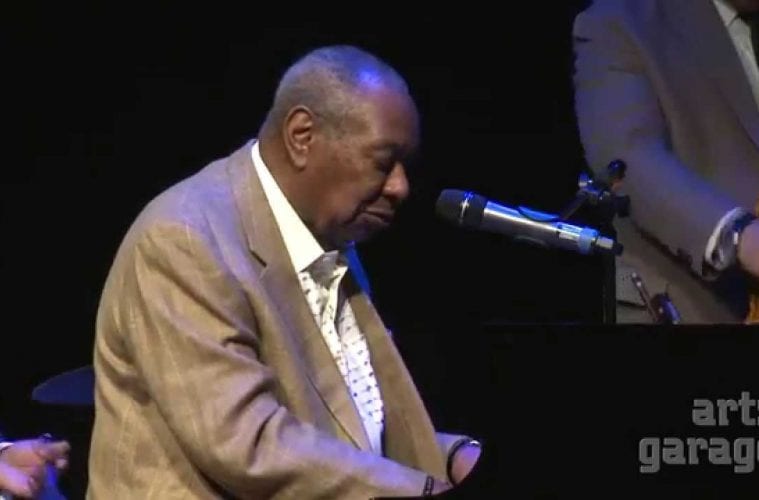 Septuagenarian saxophonist Charles Lloyd, pianist Randy Weston and singer Freddy Cole, three luminaries who have spent their lengthy careers dedicated to jazz, are among the headliners slated for the 40th anniversary of the Atlanta Jazz Festival.

Held May 26–28 in Piedmont Park, the event will also feature pianist Robert Glasper, singer Rene Marie, violinist Regina Carter, trumpeters Nicholas Payton and Marquis Hill and singer Macy Gray. The impressive lineup of jazz musicians is packed, for the most part, into a single day across three stages. Two Friday night concerts kick off the free weekend of jazz, and Sunday is devoted to a particular theme.

The complete lineup was announced today and is listed at the Atlanta Jazz Festival website.

Before the lineup was announced, trumpeter Melvin Jones, who previously served as the director of bands and instrumental studies at Morehouse College, said the festival hasn’t historically paid much attention to artists living and performing in Atlanta. The festival’s 31 Days of Jazz event, which sponsors a jazz event each night of the month in a different section of town, has celebrated local players, he said, but these acts haven’t been highlighted at the Memorial Day weekend event itself. (The 31 Days of Jazz program has been expanded this year to 40 days to celebrate the festival’s anniversary.) Jones said the Atlanta jazz scene is rich with talent, but as with most everywhere else in the country, jazz in Atlanta has a hard time generating a large audience.

“The circle of friends that I most frequently associate with in the scene are quite busy, but I can imagine it’s difficult for the younger, emerging artists,” he said. “On the flip side, I would say that the support for the scene has declined based upon the number of jazz venues in town and the pay grade for regular nights of music.”

Guitarist Deaton, who will perform in two shows during the jazz festival’s Atlantans-only day, sees the lack of jazz venues as a key issue impacting the health of the scene. He said there are only three or so venues around town that program jazz on a consistent basis.

“Coincidentally, those all happen to be not as well-known venues to the common person that lives downtown and are more known by people who really seek the music out, which are generally musicians,” he said.

In a separate interview, Camille Russell Love, director of the city’s Office of Cultural Affairs, talked about the importance of the Atlanta Jazz Festival. Russell Love has been booking artists for the festival since 1999, working to grow the festival with the help of three separate mayors, and she said the festival has become one of the defining events of the Atlanta music calendar. Due to its importance, she said, the festival is likely to see more milestone birthdays, but that in today’s environment, it’s never easy to predict support for the arts.

“What we hope is that this festival has become part of the fabric of Atlanta,” she said. “It happens every Memorial Day. It’s something that families come out for. People celebrate graduations and family reunions. It’s a family-oriented event that provides a high-quality cultural experience for residents and visitors.”