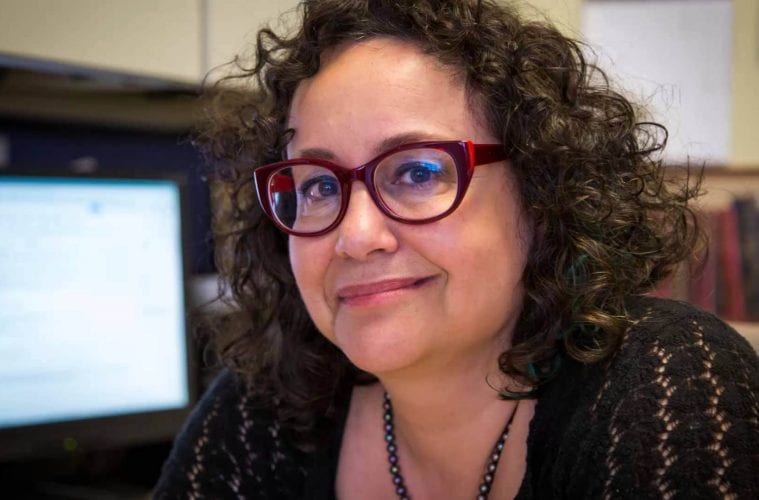 Journalism will be front-and-center on the stages of the 2017 Atlanta Journal-Constitution Decatur Book Festival this summer, which will take over the square Labor Day weekend, September 1–3.

Headlining this year’s festivities will be National Public Radio host Brooke Gladstone, who will be speaking with a panel of journalists for this year’s keynote event that will also include New York Times editor Carolyn Ryan and Wesley Lowery, a Pulitzer-prize winning reporter from the Washington Post. Together they will host a discussion of the state of journalism in an era of 24-hour news cycles, fake news and mistrust of the media, at 8 p.m. Friday September 1 at Emory University’s Schwartz Center for Performing Arts. The talk will be moderated by Kevin Riley, editor of the Atlanta Journal-Constitution.

“Journalism has played an incredibly important role in our nation’s history, and continues to do so in this new environment,” said Daren Wang, DBF founder and executive director. “One of our goals is to celebrate writing that has an impact, so the topic fits perfectly and sets a tone for this year’s programming.” Wang will also be launching his own debut novel at this year’s festival, The Hidden Light of Northern Fires.

Other highlights of the festival throughout the weekend include National Book Award-winner Charles Frazier, commemorating the 20th anniversary of his book Cold Mountain. Daniel Handler, also known as Lemony Snicket, will discuss his most recent book All the Dirty Pants. John T. Edge will discuss his book, The Potlikker Papers: A Food History of the Modern South, and Atlas Obscura cofounder Dylan Thuras will speak on the organization’s collection Atlas Obscura: An Explorer’s Guide to the World’s Hidden Wonders.

In poetry, Rebecca Gayle Howell will share selections from American Purgatory, and Erika L. Sanchez will share portions of her debut Lessons in Expulsion.