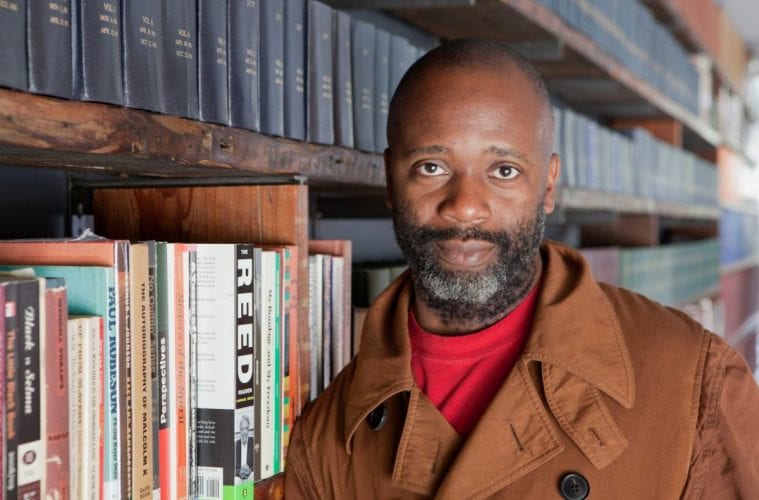 News Briefs: Theaster Gates returns to Emory for September and the winner of the Laura Patricia Calle grant is announced

Editor’s update: Theaster Gates’ talk for September 22nd has been canceled and will be rescheduled for the Spring semester. Check into ArtsATL for updates.

Chicago artist and social activist Theaster Gates will be returning to Emory University this September. Gates, who visited the university in February, will return for an entire month to have an extended conversation about art and activism, hosted by the Stuart A. Rose Manuscript, Archives, and Rare Book Library.

“Theaster Gates embodies an engagement with art, activism, and archives that energizes all of us,” says Rosemary M. Magee, director of the Rose Library. “It will be a privilege to have him present on campus during the month of September to collaborate with students, faculty and members of the Atlanta area community in pursuit of new knowledge and inspiration.”

Gates, the director of arts and public life at the University of Chicago where he is a professor of visual arts, is heralded for his unique blend of art installation and social practice. Known for transforming abandoned buildings in neglected neighborhoods into community hubs, Gates founded the nonprofit Rebuild Foundation. He has exhibited and performed at the Studio Museum in Harlem; Whitechapel Gallery in London, Punta della Dogana in Venice and the Museum of Contemporary Art in Chicago.

He is the most recent recipient of the Artes Mundi 6, an international biennial contemporary art exhibition and prize, held in Wales, and he vowed to share the £40,000 prize with his fellow nominees. He’s also received accolades from Creative Time, the Vera List Center for Art and Politics, United States Artists, Creative Capital, the Joyce Foundation, Graham Foundation, Bemis Center for Contemporary Arts, and Artadia.

His first public appearance in Atlanta will be the next installment of Memorial Drive, a collaborative program between the library and ArtsATL. Gates will participate on a panel of artists discussing social activism moderated by Rose Library librarian and ArtsATL Contributor Christeene Alcosiba. “‘A Race of Artists’: Examining Art and Social Activism” will take place on Saturday, September 3 at 3 p.m. at the First Baptist Decatur Sanctuary Stage.

The following Friday at 4 p.m., Gates will take part in a conversation with Rose Library director Rosemary Magee at the Rose Library’s Teaching and Learning Studio. 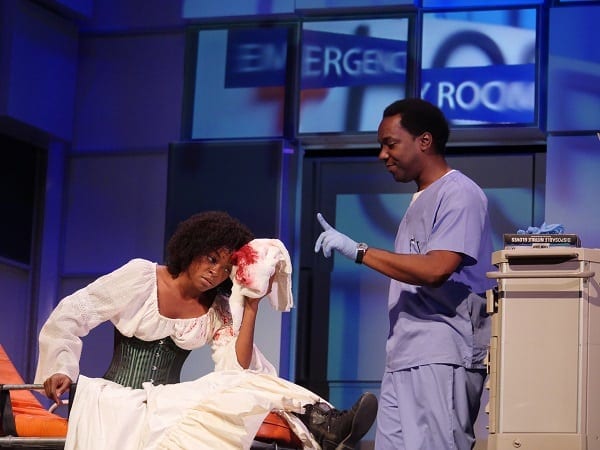 Living Walls has announced Danielle Deadwyler as the first recipient of the organization’s annual Laura Patricia Calle grant. Deadwyler, a professional actor and budding filmmaker and producer in Atlanta was most recently known for her stage performance in “Smart People” at True Colors Theatre Company. ArtsATL critic Kelundra Smith praised Deadwyler’s performance in the production, stating her performance “brings the character to life with marked sincerity and a great sense of humor.”

In her filmmaking pursuits, Deadwyler has also garnered critical accolades. Her film, Do Not Resuscitate, was a WonderRoot local film night finalist in 2013, and last year she won the Jury Award for a short video that was incorporated into a multimedia project.

In a similar vein, Deadwyler’s forthcoming project, Bust it Open, which will be funded by a Laura Patricia Calle grant, will explore the experience of Black feminists and Black women through a multimedia experience. Living Walls states in a release, “Bust it Open is a multimedia public performance that will pedestalize black feminism and its public/private labor while tackling gendered and racial confines for the backbone, the main dame of southern hip-hop and the root of civil unrest … the black woman.”

“Living Walls is excited to work with Danielle to make her project come to life,” says the organization’s executive director, Monica Campana. “Danielle’s project will make powerful and relevant commentary regarding the roles of black women in America. This is the first time Living Walls is doing anything like this and we are excited to take this challenge and make magic with Danielle”

Living Walls created the $5,000 grant this year to pay homage to the organization’s former programming director Laura Patricia Calle, who passed away last November of kidney disease. Bust it Open is scheduled to debut in the spring of next year.