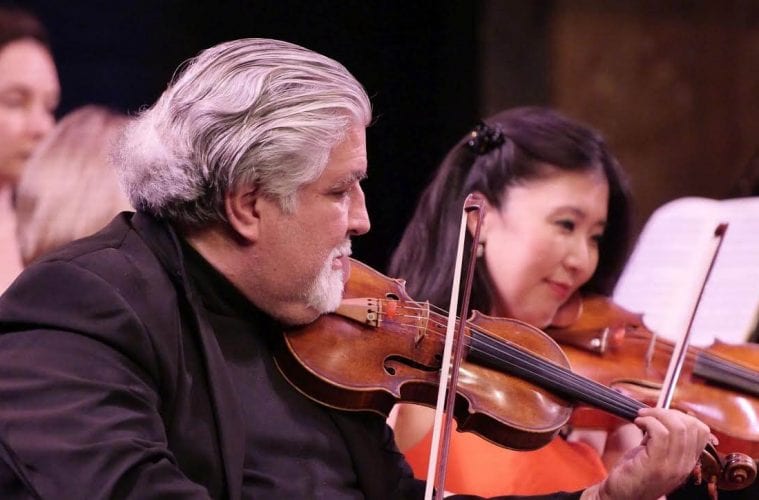 The Atlanta Opera has announced the formation of the Glynn Studio Players, six early-career professional singers who’ll apprentice and perform in this fall’s Big Tent Series outdoors on the Oglethorpe University campus.

Like the newly formed Atlanta Opera Company Players, which brings together star opera performers who live in and near Atlanta and are unemployed due to Covid-19, the Glynn Studio Players will receive a salary and benefits. They’ll also be mentored and coached by the Company Players.

“For opera singers to grow and reach their greatest potential, they must work and they must perform,” said Tomer Zvulun, the opera’s general and artistic director. “The Studio Players creates those opportunities. At the same time, these singers give us greater flexibility to properly cast and perform our 2020–21 season.”

Five composers have been selected to compete in the final round of the annual Rapido! National Composition Contest.

In early June, nearly 200 composers nationwide composed a five-minute piece for clarinet, violin, viola and cello with a theme related to the pandemic. The finalists are Benedikt Brydern of Santa Monica, California; Ashley Floyd of Athens, Georgia; Benjamin Krause of Chicago; Ben Robichaux of Elizabeth City, North Carolina; and Nicky Sohn of Houston.

Their compositions will premiere at the national finals concert on January 17 in Atlanta.

The winner will be asked to expand the five-minute piece into a 15-minute work that the Atlanta Chamber Players will premiere during the 2021–22 season. The winner may be chosen to compose a new work for the Atlanta Symphony Orchestra and receive a two-week residency at the Hambidge Center for Creative Arts.

The Atlanta Chamber Players and the Antinori Foundation created the competition in 2009 to promote new works for chamber ensembles. It includes prizes worth more than $20,000.

The ArtsXchange in East Point will present the Ebon Dooley Arts and Justice Awards this Saturday (September 26). The awards, established in 2018, recognize individuals and organizations that work to improve the lives and futures of their communities. The event will be broadcast at 7 p.m. Saturday (September 26) via Facebook Live.

The Ebon Dooley Awards are named in honor of the community leader who established the ArtsXchange in 1983.