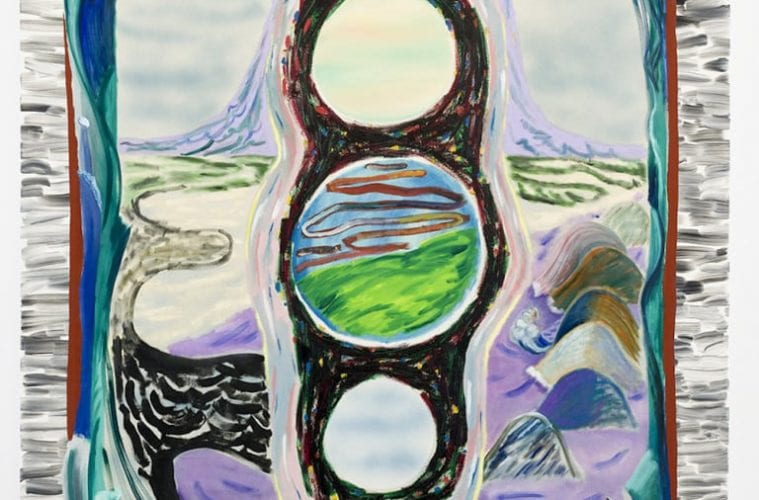 News: Shara Hughes will be in the 2017 Whitney Biennial

Artist Shara Hughes, an Atlanta native now working in Brooklyn, will be participating in the 2017 Whitney Biennial, which opens on March 17, 2017. This will be the first time that the show will take place in the museum’s new downtown building in Manhattan’s Meatpacking District. The last Atlantans featured in the Whitney Biennial were Kojo Griffin, Ruth Leitman, Robin Bernat, and Chris Verene, all in the year 2000.

Hughes is known for her colorful buoyant landscapes. Her most recent solo show in New York at the Marlborough Chelsea was met with high critical praise. “Ms. Hughes’s big-voiced visionary landscapes jump — and sometimes galumph — with clashing colors; spatial conundrums; an obstreperous scale; and smart, heartfelt historical citations, especially to early modernism,” said The New York Times’ Roberta Smith. In Atlanta, most recently Hughes was featured at MOCA GA in her show Guess You Had To Be There (2014) and Atlanta Contemporary with her show Don’t Tell Anyone, But . . .  (2013).

Hughes is one of 63 participants in this year’s survey of contemporary art. The curators, Christopher Y. Lew (Associate Curator at the Whitney Museum of American Art) and Mia Locks (independent curator), made their selections after visiting with dealers, curators and artists in over 40 cities throughout 2016. A great deal of the artwork “is about the artist or a self in relation to the tumultuous world that we’re in,” Lew said in an interview with The New York Times.

The broad variety of artists featured in this year’s biennial reflects a cognizant effort of the organization to be inclusive in their curation. Featured established artists will include William Pope.L, Dana Schutz, Jordan Wolfson, and Jo Baer. The full list of featured artists may be viewed here.