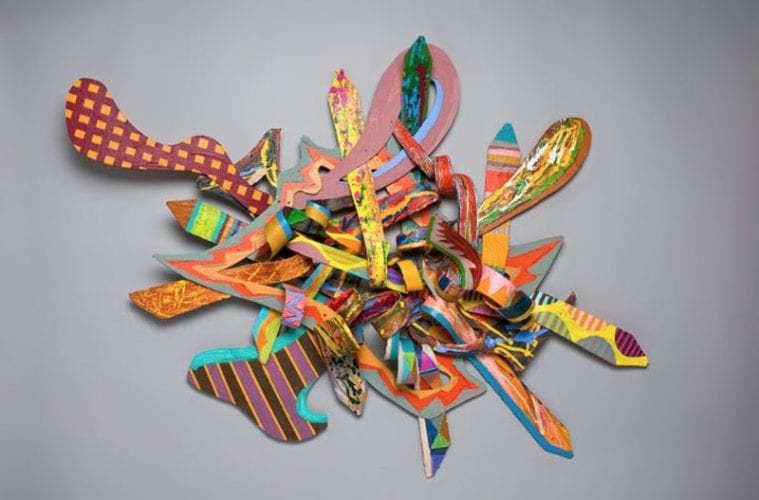 News Briefs: Kevin Cole in the Smithsonian, Brickworks Gallery opening on the Beltline and more

Kevin Cole’s “Increase Risk with Emotional Faith,” a mixed media wall sculpture, will be featured in the Smithsonian National Museum of African American History & Culture. “Since 1992, my work has evolved to include the relationship between color and music, especially music as it relates to the African-American community,” said Cole in an interview with ArtDaily. Also included in the Smithsonian’s collection will be fellow Atlanta artist Fahamu Pecou.

Cole’s works are held in over 2,000 public and private collections, including the High Museum of Art, Yale University Art Gallery, Pennsylvania Academy of the Fine Arts, King & Spalding, IBM and elsewhere. 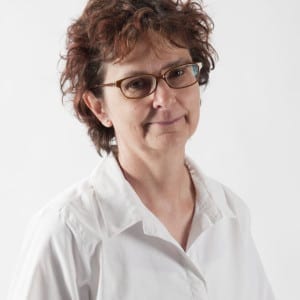 Atlanta Photography Group announced that Brett Abbott, the Curator of Photography and Head of Collections of the High Museum of Art, has selected Atlanta’s own Nancy Floyd as the 2016 recipient of the APG/High Museum of Art Purchase Award. She will be presented the award by Assistant Curator Gregory Harris on November 10.

Floyd’s prints from her project, Weathering Time, were exhibited in APG’s Portfolio 2016 exhibition juried by Lisa Sutcliffe, Curator of Photography and Media Arts at the Milwaukee Art Museum. Floyd has been a professor of photography at the Ernest G. Welch School of Art and Design at Georgia State University since 1996. “The photographs we acquired are drawn from her Weathering Time series, which was recently awarded the prestigious John Gutmann award,” says Abbott. “We couldn’t be more excited to see Floyd’s work meeting such national acclaim and becoming a part of our great collection at the High. Her work is a terrific complement to our growing collection of contemporary photography, and particularly to our strong collection of work by Southern artists. 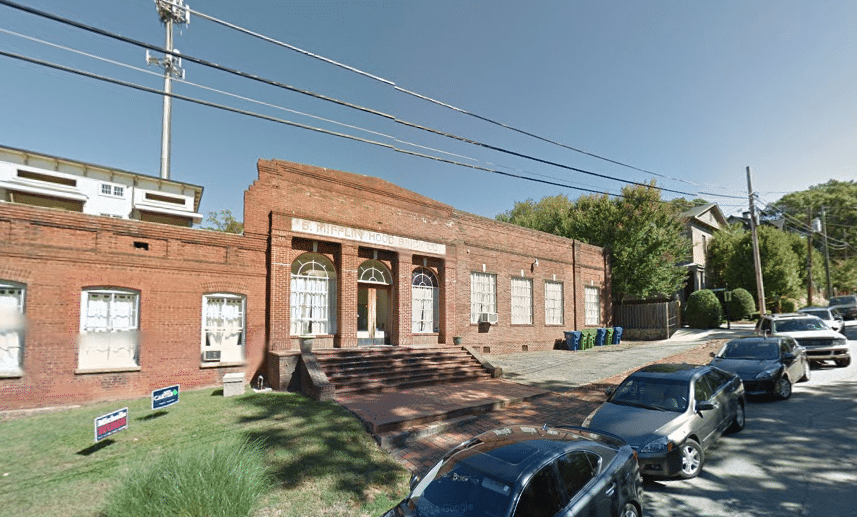 Laura W. Adams, an Atlanta artist, has announced the opening of Brickworks Gallery, a space dedicated to showcasing artists with a passion and base in storytelling through their work. The gallery will be located along the Atlanta Beltline in the B Mifflin Hood Brick Co. building, at 686-A Greenwood Avenue in Virginia-Highland.

Brickworks’ first show will be a collection of photographs from Senoia, Georgia’s Ben Helton, Messiah — A Photo Story, an exploration of Messiah Miracle Worship Center in Senoia, Georgia. Helton’s work has been featured in The Atlantic, The Eye of Photography and Inspired Eye as well as other publications. Opening night of the show is October 5. 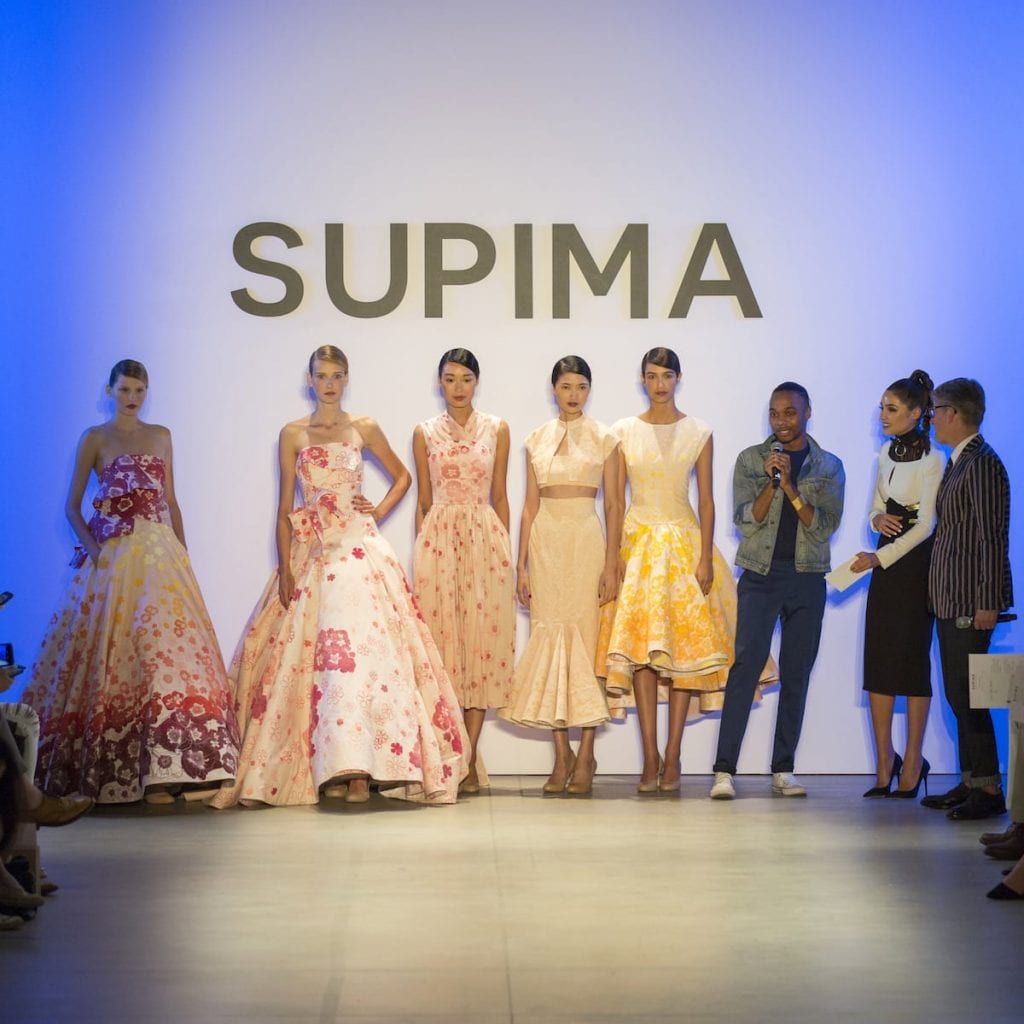 Savannah College of Art and Design (SCAD) alumnus and Atlanta native, Jeffrey Taylor (B.F.A., fashion, 2016) , recently won the grand prize in the 9th annual Supima Design Competition at New York Fashion Week. As part of the grand prize, Taylor’s collection will be shown during Paris Fashion Week in October. Taylor was one of six invited to display his emerging designer collection, Tibet Garden, during NYFW at the Skylight Clarkson Square gallery space in Lincoln Center earlier in September.

The young designer made his official runway debut at the 2016 SCAD Fashion Show, an annual event featuring premier garments from select senior collections within SCAD’s School of Fashion. “The Supima grand prize is an honor that has transported Kate McKenna (SCAD B.F.A. 2015) and Jeffrey Taylor to the Paris runways,” said SCAD President and Founder Paula Wallace. “Jeffrey’s triumph in this August competition affirms his mastery of fashion. The lyrical lines and deft craftsmanship of his Supima collection deserve an international stage.”

“Jeffrey has achieved this recognition in the company of the most talented designers in the world,” said Michael Fink, dean of the school of fashion at SCAD. “We’re always pushing the boundaries of creativity, innovation and collaboration at our university. To have SCAD graduates win this award is an amazing validation of those efforts.”

Tibet Garden was inspired by a sighting of Tibetan women in New York City. Moved by the colorful attire, their heritage and upbringing, the floral eveningwear collection is intended to represent the women’s transformation and coming of age. Taylor collaborated with students Lottie Bertello (B.F.A., fashion design, fibers minor, 2016) and Darby Smith (B.F.A., fashion, fibers minor) while developing the series.

The High Museum has announced a new program for its patrons to enjoy. Starting in October, the Museum will present First Fridays, featuring a series of musical and theatrical performances, film screenings, art making workshops organized by Indie Craft Experience and more on the first Friday of every month from 6 to 9 p.m. Local organizations and artists, including Serenbe Playhouse and Wabi Sabi, are slated to participate.

Also beginning in October will be the High’s new adult art appreciation course, “HIGH Art Series: The Art of Looking.” The course will provide students with critical tools for appreciating art through a stylistic and historical exploration of works in the High’s collection. The fall session will include five classes on consecutive Wednesday afternoons, October 19 through November 16, led by instructor Margaret Wilkerson, Ph.D., who has taught at such esteemed locations as MoMA (New York), Sotheby’s Institute of Art (London), New York University, The New School and elsewhere. She was a Joan Tisch Teaching Fellow at the Whitney Museum of American Art and has lectured at the Whitney and the National Gallery of Art. Wilkerson currently serves as the High’s coordinator of education volunteers and manages the museum’s docent program.

“Art helps us build connections — to the past and present, to our experiences, and to each other,” said Wilkerson. “Our goal is to help students develop skills and gain insight that will make viewing art a more pleasurable and enriching experience.”