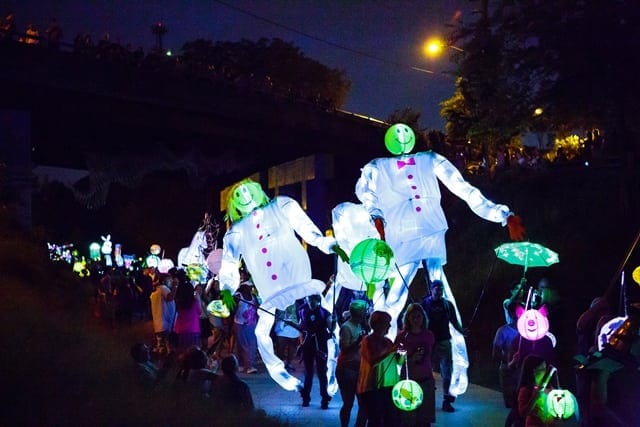 Art on the Atlanta BeltLine has announced its 2016 selected artists. The program will return for its seventh year with the annual Atlanta BetlLine Lantern Parade on September 10. This year’s temporary public art exhibition will include more than 150 works of art, including Berlin’s Addison Karl, Tiny Doors ATL, Atlanta Music Project and George King Architects.

“For the seventh year, Art on the Atlanta BeltLine is capturing the talent of artists to showcase one of the most transformative redevelopment projects in the city’s history,” said Paul Morris, President and CEO of Atlanta BeltLine Inc. “The leadership of our mayor, combined with the support of our partners and sponsors displays the value Mayor Reed and the Atlanta community place on art in public spaces.” Gravel will receive the prize during a ceremony on Sunday, Sept. 4, at 3:45 p.m. at the Decatur Marriott Conference Center before he presents his book, Where We Want to Live: Reclaiming Infrastructure for a New Generation of Cities.

The prize is named in honor of the DBF founding board member, Judy Turner, who has continued to serve as the president of what is now the largest independent book festival in the country. Turner retired earlier this year from Private Bank of Decatur after a 51-year career in banking.

“I can think of no better choice for the inaugural winner of the Judy Turner Prize than Ryan Gravel,” DBF Founding Executive Director Daren Wang said. “Judy has dedicated her career and volunteerism to the communities in which she has lived and worked and the BeltLine is helping to redefine community in Atlanta, bringing a vibrancy to the urban core. That would not be possible without Ryan’s vision.”