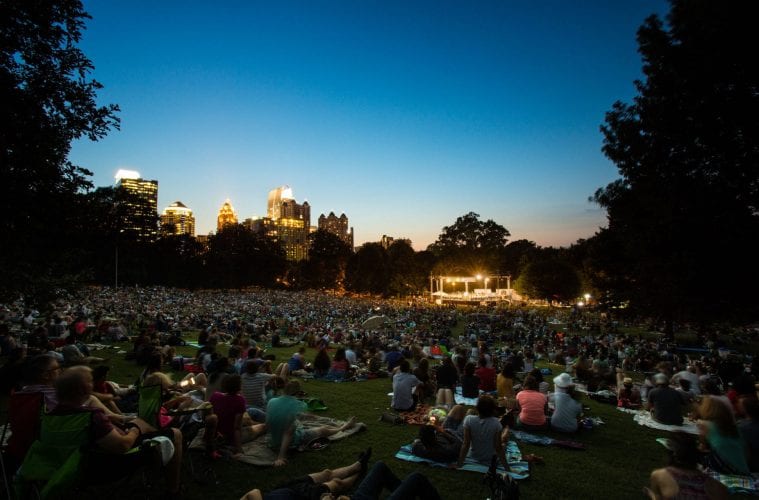 The Atlanta Symphony Orchestra will return to Piedmont Park on June 14 for a free concert led by assistant conductor Stephen Mulligan.

The program in the Oak Hill section will include Leonard Bernstein’s “Symphonic Dances” from West Side Story and the overture to Candide as part of the ASO’s two-season tribute to Bernstein and Beethoven. Also on the program will be Tchaikovsky’s “Rococo Variations” featuring cellist Khari Joyner, an alumnus of the ASO’s Talent Development Program.

The annual Piedmont Park appearance has become one of the ASO’s signature performances, and it will be Mulligan’s first outdoor show since his arrival last year.

“Since my move to Atlanta, I’ve heard wonderful things about the Atlanta Symphony Orchestra’s extensive history of performances at Piedmont Park,” Mulligan said in a press release. “I look forward to participating in this beloved tradition for the first time, and experience the excitement of thousands of Atlantans coming together to celebrate the beauty of live symphonic music.”

The orchestra first performed at Piedmont Park in 1976 led by then-music director Robert Shaw. Over the years, the ASO has performed more than 100 concerts in the park. The orchestra began a nearly 10-year hiatus from the Piedmont Park shows in 2007, but returned in 2016 to a crowd estimated to be over 10,000 people.