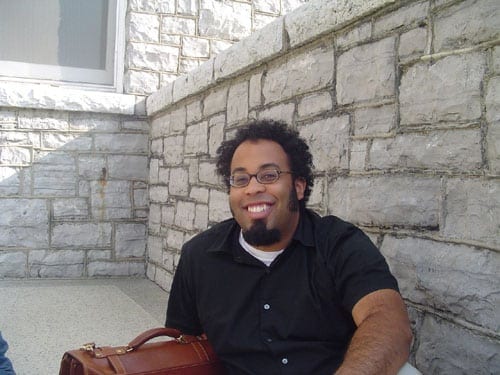 Kevin Young, poet and professor at Emory University, has won the 2013 PEN Open Book Award for The Grey Album: On the Blackness of Blackness (Graywolf Press). The prize, awarded by the PEN American Center to an exceptional book-length work of literature by an author of color, was created to advance diversity in the literary community. The honor comes with a cash award of $5,000.

“Here’s what happens when an acclaimed poet makes his first foray into nonfiction: madcap manifesto and rhapsodic reportage create a formidable blend of scholarship and memoir that tackles cultural and personal history in one breath,” wrote judges Cyrus Cassells, Porochista Khakpour and Tiphanie Yanique. “Young goes far beyond just being a documentarian of American black identity — he shows us how black identity is indispensable to American culture.”

Young and 15 other winners will be honored at a ceremony October 21 at CUNY Graduate Center in New York.