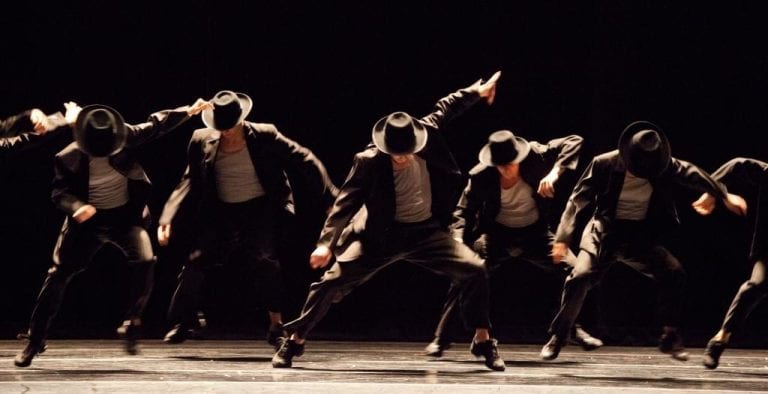 Atlanta Ballet will perform Minus 16 for the third time in the upcoming 2017–18 season. (Photos by Charlie McCullers/Atlanta Ballet.)

News: Atlanta Ballet brings a classical flair, mixing the old with the new for the 2017–18 season

Atlanta Ballet released its lineup for the 2017–18 season today, the first fully under the helm of Nedvigin. It includes the first Balanchine piece in recent memory, and the company’s third revival of Israel choreographer Ohad Naharin’s Minus 16.

The season will have a mix of classic ballet pieces — Petipa’s career began in Russia in the 19th century, and he is viewed as “the father of classical ballet” — and ones by new choreographers such as Yuri Possokhov that meet the aesthetic Nedvigin brings to Atlanta. “We go from the start [of ballet], from the beginning, and then here’s the growth and the evolution of dance,” he recently said. “I think the audience can relate to both of them.”

The season will begin with the final run of Atlanta Ballet’s Nutcracker at the Fox Theatre December 8–28. After 21 years and 488 performances of McFall’s take on the holiday classic, a new production of The Nutcracker will premiere in 2018. The rest of the season, at the Cobb Energy Performing Arts Centre, includes:

— Possokhov’s new take on Don Quixote February 2–11, 2018. Possokhov is one of the hottest new choreographers, and Nedvigin first came to Atlanta to stage Possokhov’s Classical Symphony in 2015; it was re-staged in 2016 as well.

— The third act of Marius Petipa’s Swan Lake, staged by Nedvigin, March 16–18, 2018, along with a world premiere by emerging Australian choreographer Craig Davidson.

The program also will include a world premiere by Tara Lee, the veteran Atlanta Ballet dancer who plans to retire from the company at the end of the season. Lee has already produced several critically praised pieces for Atlanta Ballet, and this will be her first under the leadership of Nedvigin.

— The choreography of Balanchine, the leading voice of ballet in the 20th century, returns to the Atlanta Ballet May 11–13 with his Who Cares? A salute to Manhattan featuring the music of George Gershwin, Balanchine’s dance premiered in 1970 at New York City Ballet.

The program also includes 7 for Eight by San Francisco Ballet artistic director Helgi Tomasson (who mentored Nedvigin’s dance career at that company) and a world premiere by Maxim Petrov of the Mariinsky Theatre in St. Petersburg, Russia.