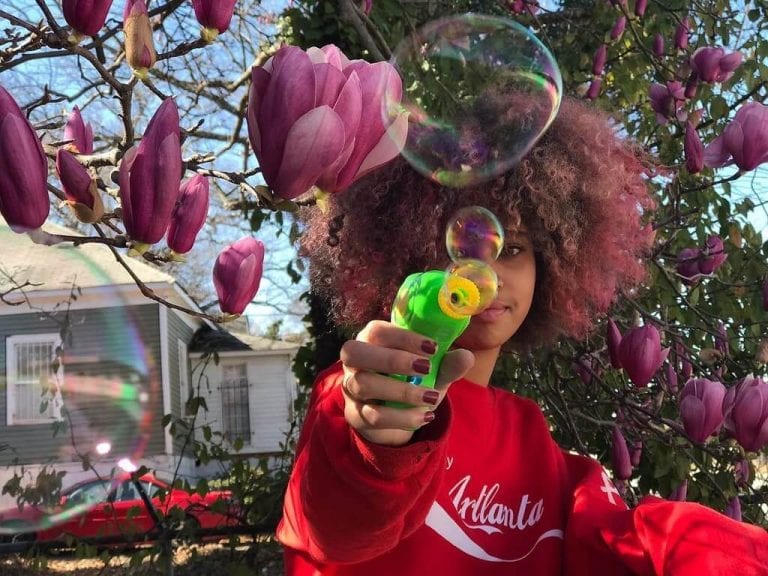 Tyler Perry has transformed the bulk of Atlanta’s Fort McPherson property into a film studio, and a number of ideas have been proposed for the use of the remaining portion, but we have to admit we’ve recently come across one of our favorites: turning it into a weekend funfair where Atlantans can enjoy rides, learn about art and view work by more than 50 artists including Jean-Michel Basquiat.

That’s the dream of Tyree Smith, ARTlanta founder and ARTlanta Fair curator. The ARTlanta Fair, taking place at Fort McPherson from Thursday to Sunday, April 12 to 15, will bring amusement rides, games, live music, DJs, food trucks and an exhibition of work by more than 50 local and national artists, including work from Jean-Michel Basquiat’s Untitled Suite, to the historic property. Other participating artists include Miya Bailey, Fabian Williams, Kevin A. Williams and more.

“I wanted to bring my community to art,” says Smith of the inspiration behind the fair. “I was trying to think of inventive ways to bring people out, and the fair was one of them. I’ve always been in love with fairs since I was a kid. I always wanted to run away with the circus. When I came to Fort McPherson, I had nothing but land and the opportunity to do it. I was like, ‘Let’s go for it.’”

Smith started ARTlanta as a gallery and gathering space at the Metropolitan Lofts in the West End, but recently turned his efforts toward Fort McPherson after organizers there approached him and asked him to be part of their redevelopment plans. “I recognize that the renaissance that’s happening in this city is similar to the one that happened in Harlem,” he says, adding that major events like Art Basel were a big inspiration behind the new ARTlanta Fair. “I wanted to create a platform here instead of artists having to run to other states to show off what we have. I can bring that here to the city.”

Smith says there are plans to make the fair a semi-annual event, with another ARTlanta Fair planned for September and a smaller installation version planned for the BeltLine in July. The Fair is partnering with the Book Bank Foundation, which will be onsite at the fair accepting donations of art supplies to redistribute to kids in the community.

The Basquiat works come from the personal collection of Atlanta art collector and Book Bank Foundation founder Dr. Glenn Toby, who says he’s excited to help Smith get the first ARTlanta Fair off the ground.

“Tyree really has a reach with young people,” Dr. Toby says. “He has a purist’s approach to art, and he’s actually created this holistic space where people can come. . . . It’s a throwback to the old guard back in the ’70s and ’80s when art really was an open space. I see that in him. It’s not just about coming out to have some fun, but it’s also an answer to healing something on a personal level, and this guy is the face of that. That’s why we’re behind him.”