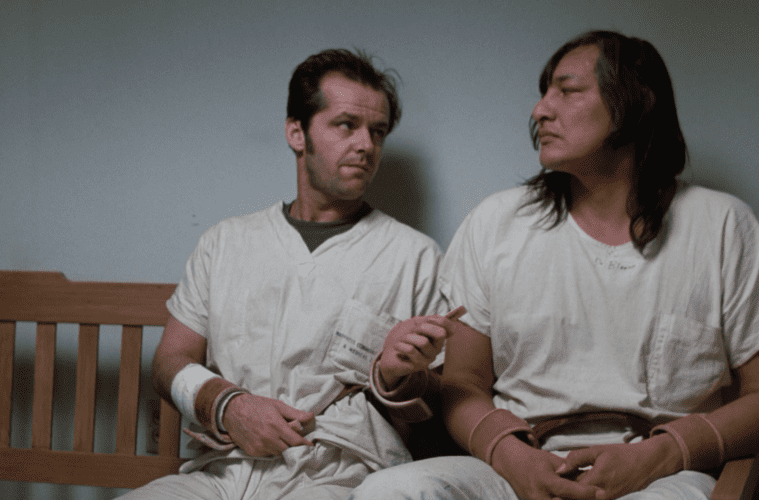 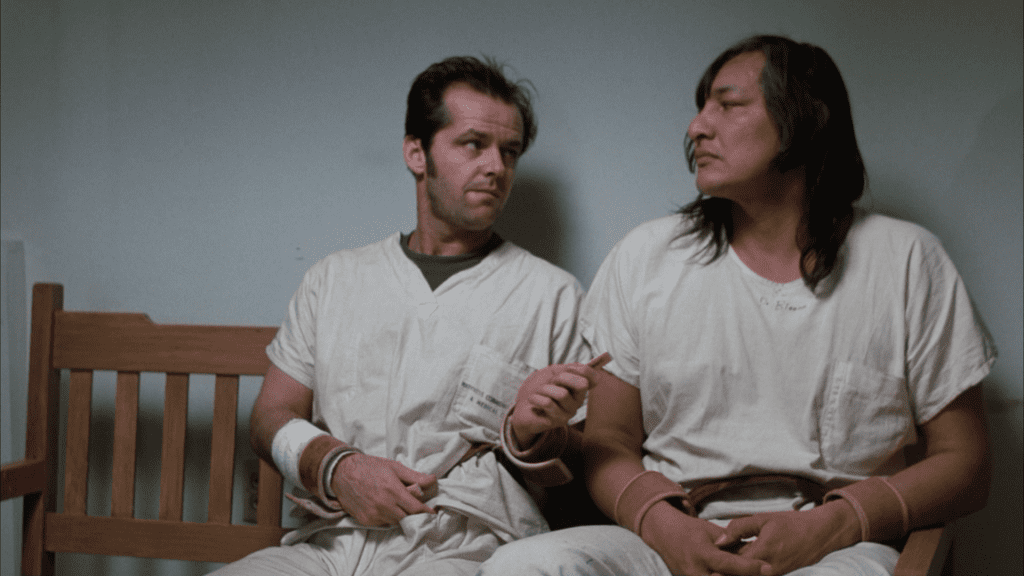 Jack Nicholson and Will Sampson in the iconic film version of One Flew Over the Cuckoo’s Nest.

The Alliance Theatre announced its 2015–16 season this week, a lineup that includes five world premieres, a gospel musical, a Pulitzer Prize–winning drama and a literary classic, as well as new children’s shows and Christmas comedy from Dad’s Garage.

The main-stage season opens in September with a theatrical production of One Flew Over the Cuckoo’s Nest directed by Alliance artistic director Susan Booth, and the season continues with the world premiere of the dramatic comedy Tiger Style! by Mike Lew. That play will mark the first ever play by a former winner of the Alliance/Kendeda National Graduate Playwriting Competition to be produced on the Alliance main stage (Lew’s Bike America won the competition and was produced on the Hertz stage in 2013). 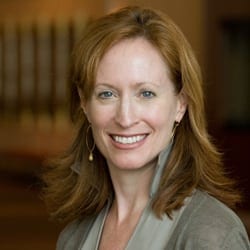 Some of the biggest shows on the Alliance main stage in recent years have been musicals such as Harmony and Tuck Everlasting, star-studded big budget affairs produced with an eye toward sending the show on to Broadway. Next season’s big musical will be the world premiere of Born for This: The BeBe Winans Story based on the life of gospel star BeBe Winans, who will also write the music for the show.

Born for This hits the Alliance main stage in January 2016. BeBe and CeCe Winans will be portrayed by the brother and sister duo’s real life niece and nephew, Deborah Joy and Juan Winans. The behind-the-scenes talent includes Charles Randolph-Wright, of Motown The Musical fame, as writer and director. The show will be produced in association with the Arena Stage in Washington, D.C.

The Alliance often aspires to send shows on to Broadway, but the theater will also be receiving a show from Broadway next season. In April 2016, the theater will host the touring production of Disgraced, the 2013 Pulitzer Prize–winning Broadway drama about religion and cultural identity by contemporary playwright Ayad Akhtar.

The Hertz season opens in September with A Steady Rain, an intense and intimate two-man police drama out of Chicago that alternates between monologues and scenes of dialogue. A Steady Rain is written by Keith Huff, a writer and producer of Syfy’s Helix, AMC’s Mad Men and the Netflix series House of Cards, and will be directed by Steppenwolf Theatre Company cofounder Jeff Perry, who also plays Cyrus Beene on the ABC series Scandal.

The winner of this year’s Alliance/Kendeda National Graduate Playwriting Competition is Eleanor Burgess, whose play Start Down — about a programmer setting out to design tutorial software that threatens the more traditional teacher-student relationships that his girlfriend values — will get a February production. 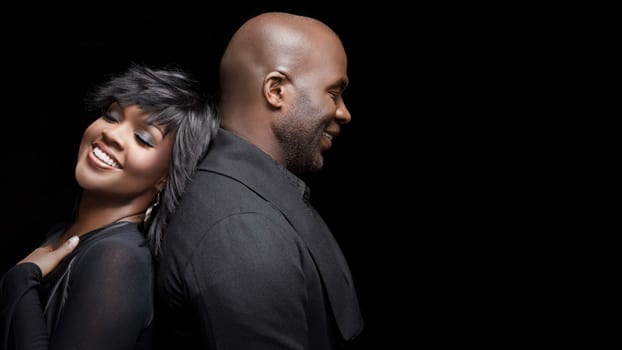 Fans of big Broadway musicals may actually want to venture downstairs to the smaller Hertz Stage next March, as the Hertz season includes Ethel, a musical look at the life of legendary stage and screen star Ethel Waters. Ethel is written by and stars Atlanta’s Terry Burrell, whose Broadway credits include Three Penny Opera, Thoroughly Modern Millie, Swinging On A Star, Into the Woods and Dreamgirls.

Christmastime will of course see the return of the Alliance’s ever popular production of A Christmas Carol on the main stage. Downstairs, the world premiere of Merry %#!*ING Christmas by Arlen Konopaki and Kevin Gillese will offer something a little different. The new holiday production, by Atlanta’s improv group Dad’s Garage, includes Scrooge and Frosty the Snowman saving the world from Santa Claus and global warming.

The 2014–15 Youth and Families season includes the summer production Knuffle Bunny: A Cautionary Tale based on the book by children’s author Mo Willems, whose illustrations will appear in a simultaneous retrospective exhibition at the High Museum. 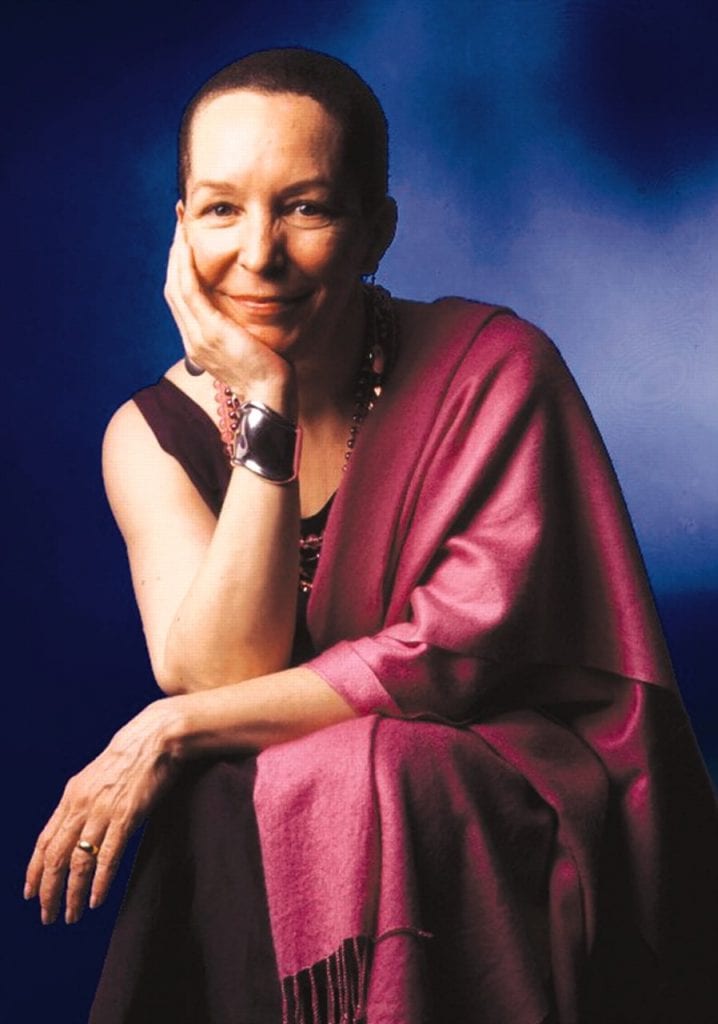 October will see the world premiere of Tell Me My Dream, a show for middle schoolers written by Atlanta author and Alliance Theatre playwright in residence Pearl Cleage, and March will bring a production of The Lion, the Witch and the Wardrobe, based on the classic by C. S. Lewis.

The Theatre for the Very Young season, which is designed for children ages 18 months to five years old, will include Play the Play with Cat the Cat based on the children’s books by Mo Willems in October; Bucket of Blessings, a musical based on Indian folktales in January; and The Lizard & El Sol, an interactive production based on Mexican folktales in March.

ONE FLEW OVER THE CUCKOO’S NEST

BORN FOR THIS: THE BEBE WINANS STORY (world premiere, musical)

TELL ME MY DREAM (world premiere)

THE LION, THE WITCH AND THE WARDROBE