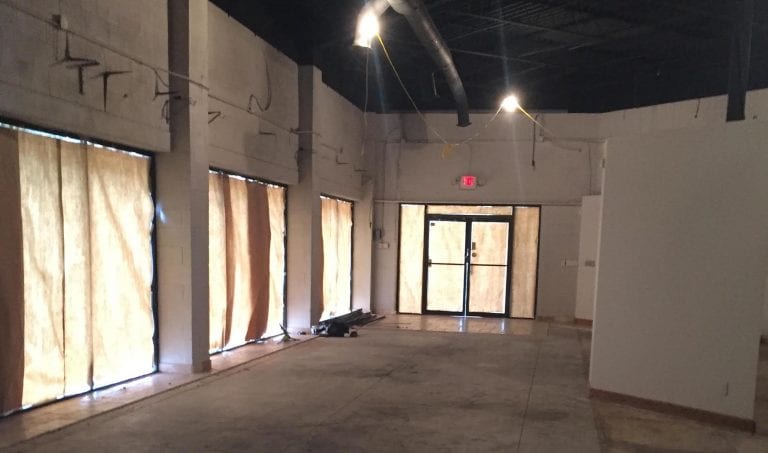 After 26 years in its East Paces Ferry location, Alan Avery will be relocating to Miami Circle.

After 35 years in the art business, Alan Avery might have read it as a sign that it was time to hang it up when he was wildly outbid for the low-rise building his gallery has occupied for more than two and a half decades in the heart of Buckhead on East Paces Ferry.

But Avery was undeterred. He announced this week that Alan Avery Art Company, one of the city’s longest-running private galleries, is moving just a mile away, to Miami Circle.

Despite being “in full packing mode” at his soon-to-be-former space at 315 East Paces Ferry Road, the gallery president paused after word went public to discuss his move.

“I have no intention of bowing out for quite a few years yet.” insisted Avery, 54. “We have a strong collector base and a very strong artists roster. We are exactly where I had planned to be at this point at my career and loving every day that I come to work. I am very fortunate.”

Still, he allowed that he felt deflated when the reality sunk in that he was going have to uproot.

“When I first knew that we would be moving after 26 years I was a little sad. The idea was overwhelming,” Avery said.

He added that as word spread in real estate circles, developers, brokers and property owners promptly tempted him with enticing offers to move to far-flung spots beyond his familiar ‘hood. But committed to long-term clientele that values proximity, Avery was determined to stay in Buckhead, which is rapidly morphing with the advent of Buckhead Atlanta and other more sky-reaching developments.

The stand-alone building on the left at the entrance off Piedmont Road to Miami Circle, a tight street lined with design businesses and long-time galleries including Pryor Fine Art and Thomas Deans Fine Art, exerted a magnetic pull. And long-time collectors with whom Avery consulted gave it a thumbs up.

“This space was right, the location is right at this point in my career and I actually had to fight others off to get it,” said Avery of the building formerly occupied by Angora Rug Couture at 656 Miami Circle. “Now, I am excited, energized and ready to bring the new reincarnation of what Alan Avery Art Company will become over the next 20 years or so.”

He currently projects a moving day of June 3, followed by an almost instantaneous opening on June 7, even though construction might not be complete. “In theory,” he said, a grand opening fete will happen the last week of June.

While the exhibition space square footage in the new building is a little less — 5,200 square feet, compared to 5,700 on East Paces Ferry — Avery said wall space will nearly double.

Other advantages of the new pad include that it was “pretty much raw warehouse with endless possibilities,” whereas his longtime home was built out around what had been a restaurant, imposing limitations.

“And there is so much more parking,” he exclaimed, echoing the fondest wish of many an Atlanta gallerist.

Atlantan William Rossoto, who also helped design Avery’s home, drew the plans for the gallery, which boasts 18-foot industrial ceilings in a large back gallery. Avery will keep an existing granite wall in the front gallery, while floating drywall over an upper swath for art display. Floors will be acid-washed concrete. Out front, the white building will feature a Zen garden of black Mexican polished rocks in a white-enameled planter punctuated with horsetails.

Avery said he embraces the opportunity to again be in close proximity to other galleries. He shared the Buckhead core for years with notable galleries including Fay Gold and Connell, but one by one they closed or moved, leaving Alan Avery Fine Art isolated.

“I always think that having other galleries near is a good thing. I never think of another gallery as competition. We are all very different and in our differences comes our strength. . . . Many of them (on Miami Circle) have been friends for years.”

Avery will continue to work a stable of artists that mixes rising Atlanta artists such as Jones and Michi Meko with the blue-chip ones for which the gallery has built a wide reputation, including Robert Rauschenberg, Romare Bearden and Chuck Close.

After this many years, Avery still not only believes in his brand but is bullish on the viability of the ever-shifting Atlanta gallery landscape, where now you see ’em, then, in the seeming blink of an eye, you don’t.

“There are a great variety of galleries, artists and venues here that cater to any price or sophistication level,” the veteran gallerist said. “Atlanta as an art destination has always been underestimated and undersold.”