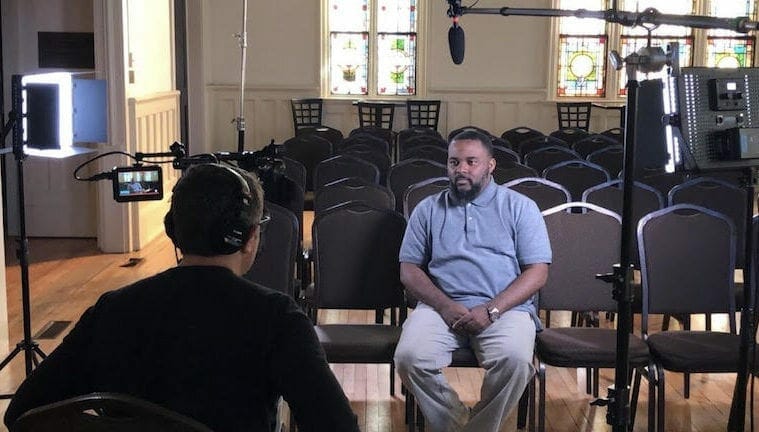 Georgia held its most recent gubernatorial election on November 6, 2018. Republican nominee Brain Kemp defeated Democratic nominee Stacey Abrams by 54,723 votes in what became one of the more contentious elections in state history. It also marked the first time in U.S. history that an African American woman had represented a major party at the state level. A new documentary called Suppressed: The Fight to Vote, which looks at what happened then, has its world premiere Tuesday, September 24, at downtown’s Auburn Avenue Research Library. The 38-minute film, from award-winning producer-director Robert Greenwald (Outfoxed, Iraq for Sale, Wal-Mart: The High Cost of Low Price) and the nonprofit Brave New Films, features political activist Stacey Abrams along with other experts, poll watchers and everyday Georgians speaking about the reality of voter suppression and the threat it poses in 2020.

Several of the 14 Georgia voters featured in the documentary will participate in a discussion after Tuesday’s screening, moderated by Black Votes Matter cofounder Cliff Albright. (Doors open for a reception at 5:30 p.m. The screening is at 6:30 p.m. Auburn Avenue Research Library is at 101 Auburn Avenue NE.)

Greenwald says he was moved to make the film when he realized the extent of voter suppression in Georgia. He felt, he said, that the story had not been told in terms of how voter suppression affects people on a personal level.

“What we do at Brave New Films is focus on political policies and use people to tell the story,” Greenwald says. “We put a human face on policy.”

Since 2012, the documentary says, 214 Georgia polling stations have been closed, 75 percent of those in majority African American communities. “Once I got my voting right I decided I wasn’t gonna let anything stop me from voting,” says Louis, an 89-year-old veteran interviewed in the film. “I never missed a vote except when they closed the poll.”

The film looks at other forms of voter suppression as well — purging, extreme wait times, exact-match and wayward absentee ballots. More than 281,000 Georgians requested an absentee ballot for the governor’s race, the film says, but tens of thousands didn’t receive them in time to vote. Some 97 percent of these ballots were from Democratic counties.

A voter identified as Mr. Del Rio, chair of Emory University’s global health department, shares his exact-match problem. “Your name is Del Rio with a space,” he was told, “but your voter ID says DelRio — one word — and therefore it doesn’t match.” Del Rio had to argue that practice was illegal before eventually being allowed to vote. Exact-match discrimination disproportionately hits Latino, Asian American and, especially, African American voters. Suppressed was funded by several sources, including more than 15,000 individuals donating $50 to $500 each. The Brave New Films team worked closely with the American Civil Liberties Union and Abrams’ nonprofit Fair Fight in making the film. The team contacted Kemp’s office but received no response, Greenwald says.

“Suppressed reminds us that we can fight together to achieve a future where all Americans can freely exercise their fundamental right to vote,” Abrams, who appears in the documentary, says on the Brave New Films website.

Greenwald wants the film to screen 2,020 times by the year 2020 — in schools, in homes, in places of worship, in bookstores and in libraries — and then be talked about. Nine more screenings are scheduled for September 25–28 in California, Connecticut, New Hampshire, Wisconsin and Washington, D.C. Others are being planned.

Greenwald is adamant when he says the film must exact change in the U.S. electoral system. “If people see the film and then don’t do anything,” he says, “then we have completely failed.”