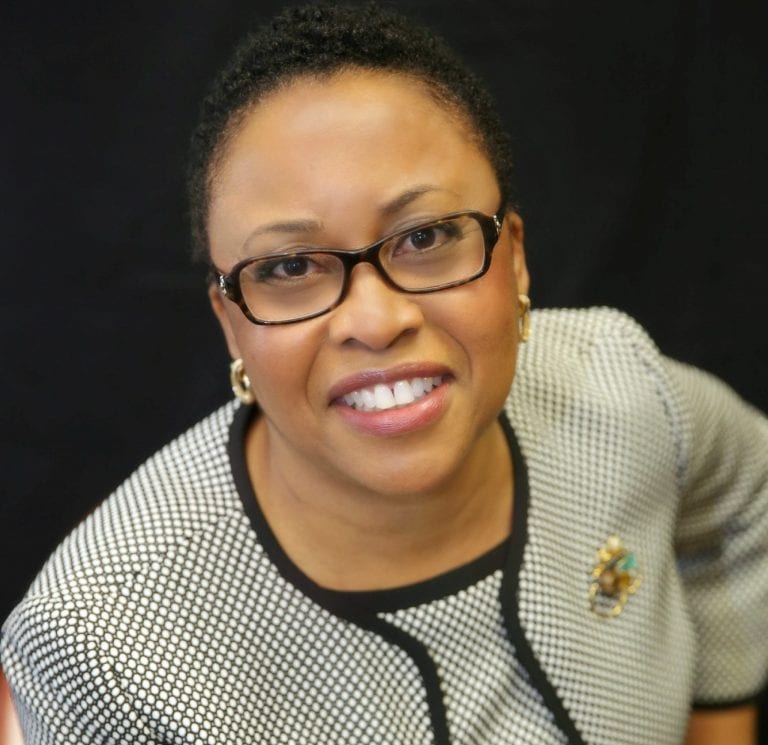 When Grace Stanislaus was named executive director of the National Black Arts Festival (NBAF) in October 2014, she assumed the responsibility with pride in the festival’s past and a clear vision for its future.

“I tend to gravitate to organizations that I consider worthy of the battle,” says Stanislaus, when reached via email, “if one is to be fought.”

After three decades of holding curatorial and management positions at not-for-profit arts institutions such as the Studio Museum of Harlem, the Bronx Museum of the Arts and the Romare Bearden Foundation, she has joined NBAF as it embarks on its 27th year of celebrating music, dance, film, visual arts, theater and literary arts.

The NBAF board selected Stanislaus after an exhaustive nationwide search, impressed, says chair Sonya Halpern, by her “thoughtful measured approach” and “leadership experience of entering organizations in the midst of change and transition.”

Stanislaus’ decision to forfeit an apartment overlooking the Bay for high-rise living in a landlocked city was driven in part, she says, by curiosity. “Not having lived before in the South, I was interested in being here and immersing myself in its rich history.” As well, she wanted to be closer to family on the East Coast.

Born on the island of Carriacou in the Grenadines, Stanislaus moved to the States as an adolescent, was raised in Brooklyn and has traveled extensively throughout Africa. She has a broad knowledge of Afro-Cuban and Caribbean cultures — all of which has informed what promises to be an exciting lineup for NBAF fans this summer.

Danielle Amato-Milligan, former Development Director at the Museum for African Art and partner at Amato-Milligan & Stanislaus Consultants — which provided marketing and management services to executive directors of cultural organizations from 2000-2005 — calls Stanislaus “a quietly dynamic choice” for her new position.

In spite of her soft-spoken, graceful mannerisms, “Grace is a steel magnolia,” says Amato-Milligan. “She really wants everyone to be on board with her vision, and she is really effective when communicating a narrative.”

In keeping with last year’s format of spotlighting one discipline, the focus this year will be dance. Professor Thomas F. DeFrantz, a dance historian and chair of the African American Studies department at Duke University, helped Stanislaus shape the program, which will run from mid-July through mid-September.

Move/Dance! is the name of NBAF’s new school-based arts education initiative, and an apt descriptor of the season itself. Guest artists will include Savion Glover, Ronald K. Brown and Cuba’s Malpaso Dance Company.

Film screenings, gallery hops and an international poetry slam competition will offer a cross-disciplinary approach to dance. A symposium, master classes and new commissioned works will grant audiences a lens onto the creative process.

“Participation and interactivity are this season’s hallmarks,” says Stanislaus. “To have a full and enriching experience of dance, you have to get up and dance.”

A self-described “social person,” Stanislaus has been meeting business, cultural, education and community leaders in the eight months since her arrival to foster strategic partnerships that will help expand NBAF’s profile.

Solid partnerships with Atlanta-based institutions like Coca-Cola, Delta and Home Depot are thriving, according to Stanislaus, while new connections have been forged with Georgia Tech, the Center for Civil and Human Rights and a Bay Area-based spoken word initiative called Youth Speaks.

Stanislaus would like to be involved with the Atlanta BeltLine, “a defining civic project for Atlanta,” she says, and sees the potential for partnerships with Flux Projects and Ponce City Market.

As the NBAF moves toward retiring a restructured bank loan in three years, Stanislaus says she and her board are “on track with some new, broadly outlined strategies including new earned revenue opportunities.”

Her goal to grow cash reserves is coupled with an even more ambitious aim to eventually establish an endowment, though Stanislaus does not offer any specifics on how the board will execute this plan.

Stanislaus is very clear, however, on what she regards as the festival’s greatest asset. “Speaking with friends and colleagues across the country about the opportunity to assume leadership of NBAF, it was amazing to learn that nearly everyone had an NBAF story.”

Most of those stories centered on the planning of a vacation or family reunion around the festival, the first purchase of a work of art, starting a collection, getting to converse with arts luminaries or the challenge of having to decide which program to attend on any given day.

“I think about the hundreds of thousands, probably millions of people of all ages and cultural, ethnic, social, economic backgrounds who have been enriched, educated and entertained by organizations [like NBAF, and how such institutions have] filled the dearth in scholarship about artists of African descent and supported and nurtured the creativity, aspirations and talent of artists of all ages.” And, with that, she steps into the future — never losing sight of the past.

Click here to purchase tickets for the NBAF Gala on Saturday, July 11, 2015.