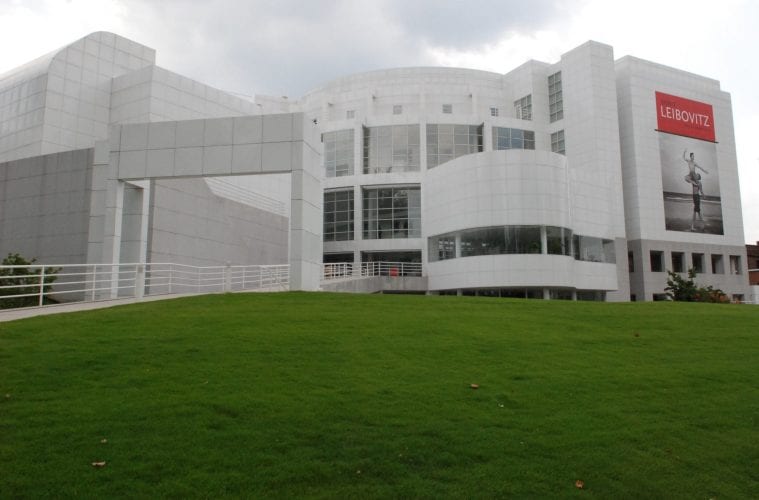 Names in the News: “Killer Mike” named to the High’s board, new leadership positions announced

High Museum names four to Board of Directors, including “Killer Mike” The new members have joined the 85-person board for a two-year term.

“We’re thrilled to add these community leaders to our board,” Rand Suffolk, the High’s director, said in a press release. “Each believes that a thriving Atlanta can only truly happen with a vibrant, contributing, cultural sector. Together they’ll bring extraordinary new perspectives, voices and talents to bear on our mission.”

Community activist Jean Hanges has successfully served organizations including Brightside Manor, Food for the Poor, the New York Blood Center and the Young Presidents Organization in both professional and volunteer roles. Prior to moving to Atlanta from New York, Hanges helped lead corporate and community relations and expand fundraising opportunities at one of the largest nonprofits in the region.

Keinon Johnson, vice president of urban promotions at Interscope Records, is an Atlanta-born, New York–raised music industry executive with more than 20 years of experience marketing some of the most popular artists of the 20th century, including Ice Cube, Master P and Mary J. Blige. Johnson’s trajectory from Clark Atlanta University through positions with several major labels inevitably led him to his current role at Interscope.

David Park has served as Georgia-Pacific’s senior vice president of strategy and business development for more than a decade. Park previously held positions as managing director of corporate development for Koch Industries, chief financial officer of Koch Canada and president of Koch Exploration Canada, Ltd. Park also served on the board of directors for Koch Cellulose, LLC.

Musician, actor and community trailblazer Mike Render, also known as “Killer Mike,” connects the arts to activism through his albums as well as his social and political commentary on subjects including income inequality, police brutality and systemic racism. An Atlanta native, Render currently leads his label, Grind Time Official Records, and performs as a member of the critically acclaimed rap duo Run the Jewels. He has also served as a guest lecturer at some of the nation’s top colleges and universities. The Atlanta Photography Group has announced the appointment of Judith Pishnery as the executive director of the organization.

Pishnery most recently served as the photography department director at Gwinnett Technical College, helping to build the college’s photography program. Additionally, she served as faculty at many of the area’s photography programs at the graduate and undergraduate levels and curated multiple student and professional photography exhibitions, competitions and shows. She participated in founding and directing the annual Atlanta Celebrates Photography.

Holding both a master of arts and a master of fine arts from Savannah College of Art and Design, she has served as lead photographer and partner in Pisconeri Studio LLC. since 1984, providing to a variety of editorial, catalog, advertising, corporate and fine art clients. Atlanta’s Arts Exchange is changing in name and organizational structure as it prepares to open its new East Point location this fall.

The original Arts Exchange, which began in the early 1980s, provided affordable studios to artists in a former school building on Kalb Street in the Glenwood Park neighborhood near Grant Park. But as new development in the area encroached, the organization decided to sell that space in 2015.

The organization has now announced a name change to ArtsXchange. Former executive director Alice Lovelace, who served that role since 1986, will assume the title of chief financial officer. Floyd Hall (who has been a frequent and invaluable ArtsATL contributor) will assume the role of managing director to focus on the organization’s creative direction, and Ivan Davis will become operations director.

The original Arts Exchange building included space for 18 studio artists, a recording studio, two galleries, two dance studios and a theater. The new ArtsXchange building at 2148 Newnan Street in East Point will open this fall and share similar elements to its prior home, including private artist studios, a gallery, a dance studio, a theater and multi-use space for meetings, performances and classes. Lovelace said the new ArtsXchange does not have an exact opening date yet, but the organization plans to begin moving in at the end of September. The City Springs Theatre in Sandy Springs will make its debut with 42nd Street with Tony Award-winner Shuler Hensley in the starring role.

The musical will run September 14–23 in the new Sandy Springs Performing Arts Center’s Byers Theatre, which will have a seating capacity of 1,070. City Springs Theatre will focus on Broadway musicals with performances of Billy Elliott, Hairspray, South Pacific and Elf: The Musical.

Hensley is a Georgia native who will serve as the theater’s associate artistic director. His role as Jud Fry in Oklahoma! earned Hensley a Tony Award.

Watkins to chair board for Atlanta Master Chorale The Atlanta Master Chorale group has named Stephanie Watkins as its new chair of the board of directors.

Watkins has served on the board for the past two years and succeeds Toni P. Myers.

“We are very pleased to have Stephanie step into the role of board chair,” Jim Verrecchia, the group’s executive director, said in a press release. “As Atlanta Master Chorale continues its growth artistically and as an organization, Stephanie’s leadership, experience and dedication are ideal to help guide our future progress.”

The group was formed in 1985 as the Gwinnett Festival Singers and now presents five main concerts each season. The 2018–19 season begins in October.