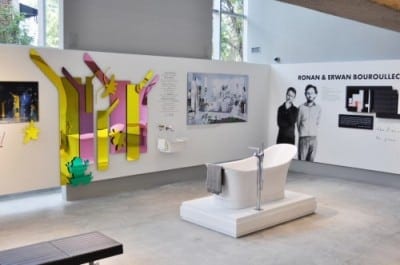 MODA’s “WaterDream: The Art of Bathroom Design,” and a progress report on its aspirations

The pieces are falling into place for the Museum of Design Atlanta. After languishing virtually hidden in a downtown office building (in, it should be noted, generously donated space), the museum is now ensconced in a spiffy new space with a Peachtree Street address, in the heart of Atlanta’s cultural district. Since MODA opened its doors there in March, Director Brenda Galina and her staff have launched a lively calendar of events, including a Thursday-evening cocktail hour, whose presentations are refreshingly cross-disciplinary, and other activities, such as its Camp MODA, which teaches children about robotics.

Those efforts and the museum’s improved visibility have already paid off. It hosted an estimated 5,000 visitors a year in its former digs, while the number for the first four months in the new location is 4,000-plus. In August 2010, membership stood at a whopping 79; today it’s 1,443. And there’s a waiting list for its camp. 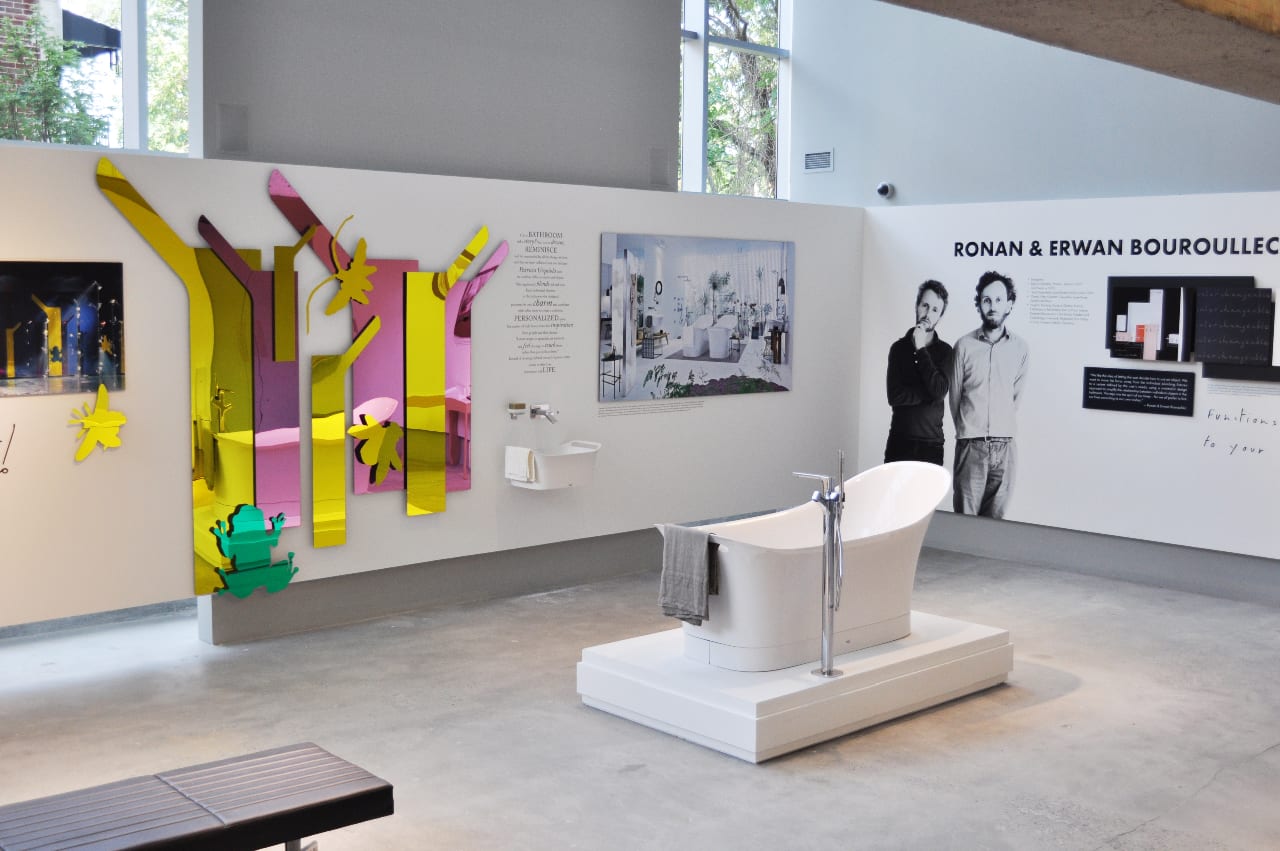 "WaterDream: The Art of Bathroom Design" at MODA.

The institution remains, of course, a work in progress. Though it pays no rent, it is still a shoestring operation and struggles to cover the costs of its exhibitions. (There is no in-house curator, so MODA relies on local guest curators and pre-packaged shows.) Good exhibitions, says Galina, can cost as much as $225,000. And good ones — a string of them — is what the museum needs to be taken seriously, so that it becomes easier to raise money to bring in even better shows. It’s a Catch-22, but there it is.

Notwithstanding substantive exhibits such as its retrospective of architect Marcel Breuer, MODA’s exhibition history is spotty. That’s not surprising for an institution hobbled by limited finances, a tiny staff and no in-house curator. (Galina is an educator by training.) In addition, a museum whose purview includes commercial product design faces a special challenge: managing its relationship (or perceived relationship) with manufacturers and the market.

Let us be straight: no art form is “pure.” The art market is just that. Paintings or sculptures increase in value when museums acquire or show them, so dealers cultivate cozy relationships with museums, and it’s not unheard of for a curator to exhibit artists whom patrons collect, in order to cement their relationships. 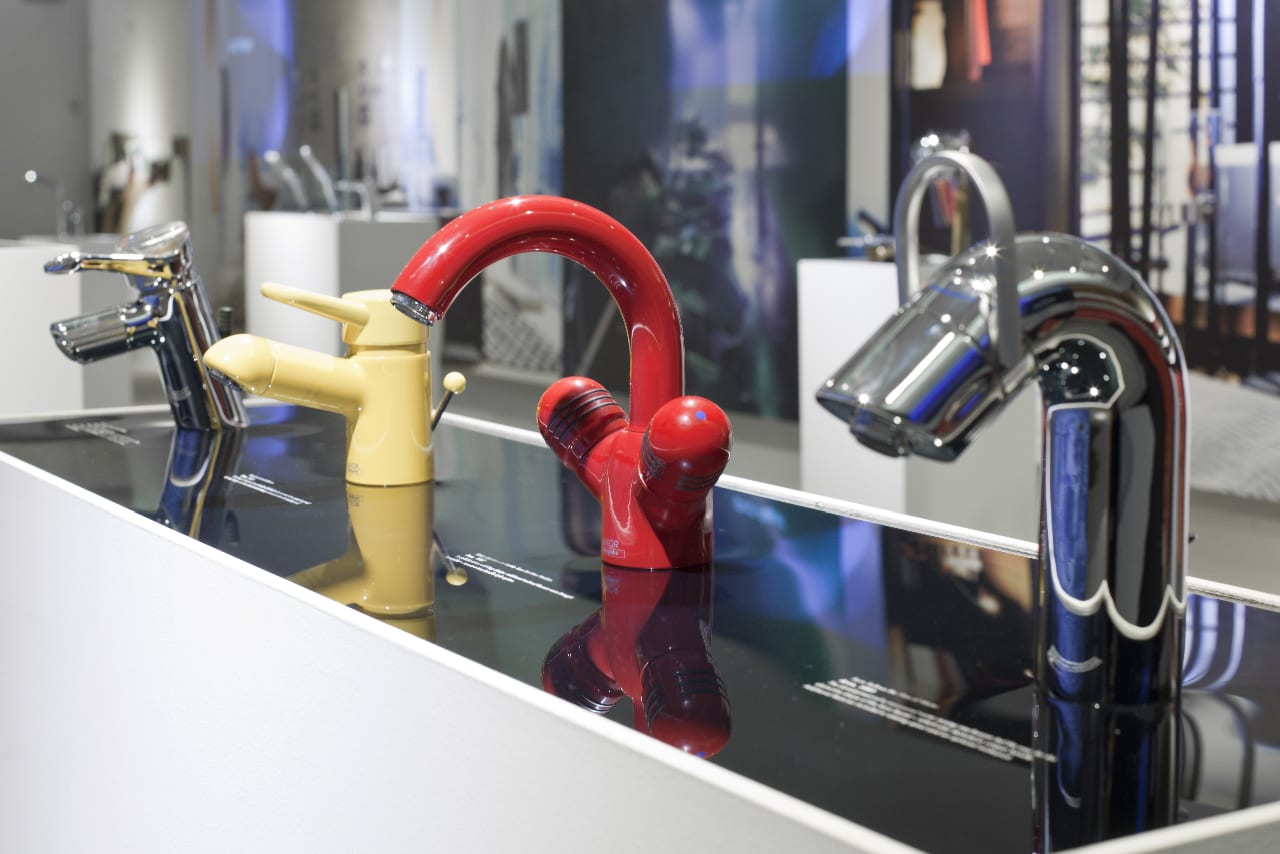 The problem is more obvious, though, with decorative, industrial and wearable arts. “WaterDream: The Art of Bathroom Design,” on view at MODA through September 23, is a case in point. It’s a single-source, manufacturer-generated exhibition. No matter how circumspect the manufacturer is in the presentation, there’s a danger that the museum appears to shill for its patron or, as has happened here, that it looks like a commercial showroom. 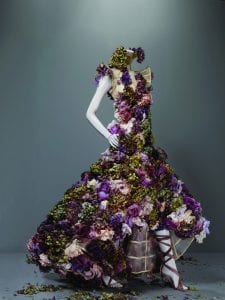 Designer Alexander McQueen's version of the classic memento mori still life, at the Metropolitan Museum of Art in New York.

A museum’s job is not just to display but to illuminate. It is context that separates the men from the boys. The High Museum of Art’s “Modern by Design” offers a history of the role the Museum of Modern Art has played in promoting modernist design in America. “Alexander McQueen: Savage Beauty,” at the Metropolitan Museum of Art in New York (I saw it and it’s fabulous), shows off the late designer’s originality and theatricality, but it also reveals its autobiographical, political and cultural sources.

MODA doesn’t need those museums’ resources to mount exhibitions that cultivate object literacy. What we use, wear, drive and so on says something about us and to us.

The seeds are there, if buried, in “WaterDream.” A photomural suggests a social history of the toilette that could have extended to the present in an investigation of the bathroom’s evolution from washing-up place to sanctuary. More could have been made of the way designer Philippe Starck tapped the zeitgeist with bathroom fixtures that suggest iPods and joysticks.

Galina says she recognizes what the museum needs to do. “The path to excellence is clear,” she says.

“Graphic Intervention: 25 Years of International AIDS Posters” and “The AIDS Memorial Quilt,” which will open in October, as well as exhibits that Galina is considering but not ready to discuss publicly, support her assertion. As with so many organizations, the challenge is in finding ways to take the journey.