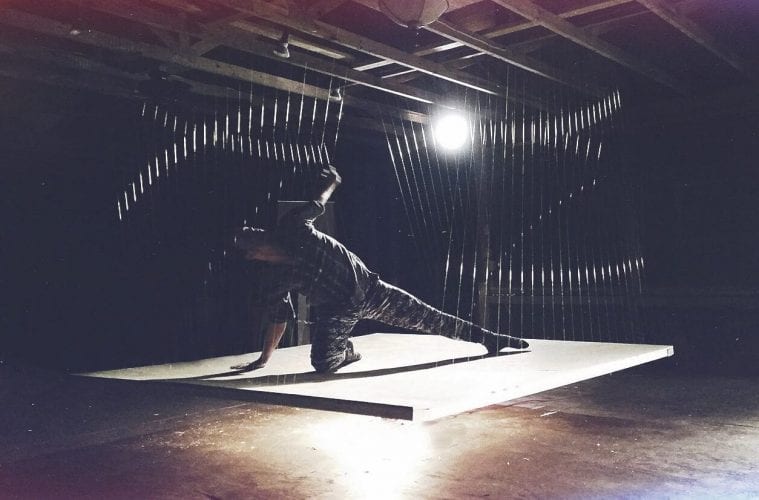 In the midst of the economic recession of 2008, a small group of Atlanta arts advocates banded together to create Idea Capital, an organization that gives grants to support innovative work by Atlanta artists. This year, Idea Capital is the winner of ArtsATL’s Luminary Kindle Award for Innovative Practice for its own creative approach to funding the arts.

This grassroots group was formed by artist Stuart Keeler along with Susan Todd-Raque, Pam Rogers, Louise Shaw and Cinqué Hicks in order to stimulate and support new work. “The goal of Idea Capital was to fill a void in the artistic landscape of Atlanta,” says Keeler. “There weren’t many grants or opportunities at the time. So how do you build a vibrant art community? Working together for a common cause.”

Each of the founding members contributed $100, and a single artist, Allison Rentz, was granted the first award of $500 to create a multimedia installation. “I was so incredibly honored to receive the inaugural Idea Capital grant,” recalls Rentz. “They called to tell me that I won, and I think I screamed with joy.”

Founding member Louise Shaw emphasizes the need that Idea Capital was created to address. “Supporting individual artists is an important part of the cultural ecology of any community,” she says. “When we launched Idea Capital, funding opportunities for individual artists had pretty much dried up. The situation has greatly improved since then, but I like to think that Idea Capital’s public commitment to funding artists has been part of the equation.”

The grant to Rentz was just the beginning. The organization, now 10 years old, has given almost 80 grants to artists in Atlanta, and this year, Idea Capital awarded 12 artists with funding totaling $15,000, the largest amount in Idea Capital’s history to date. 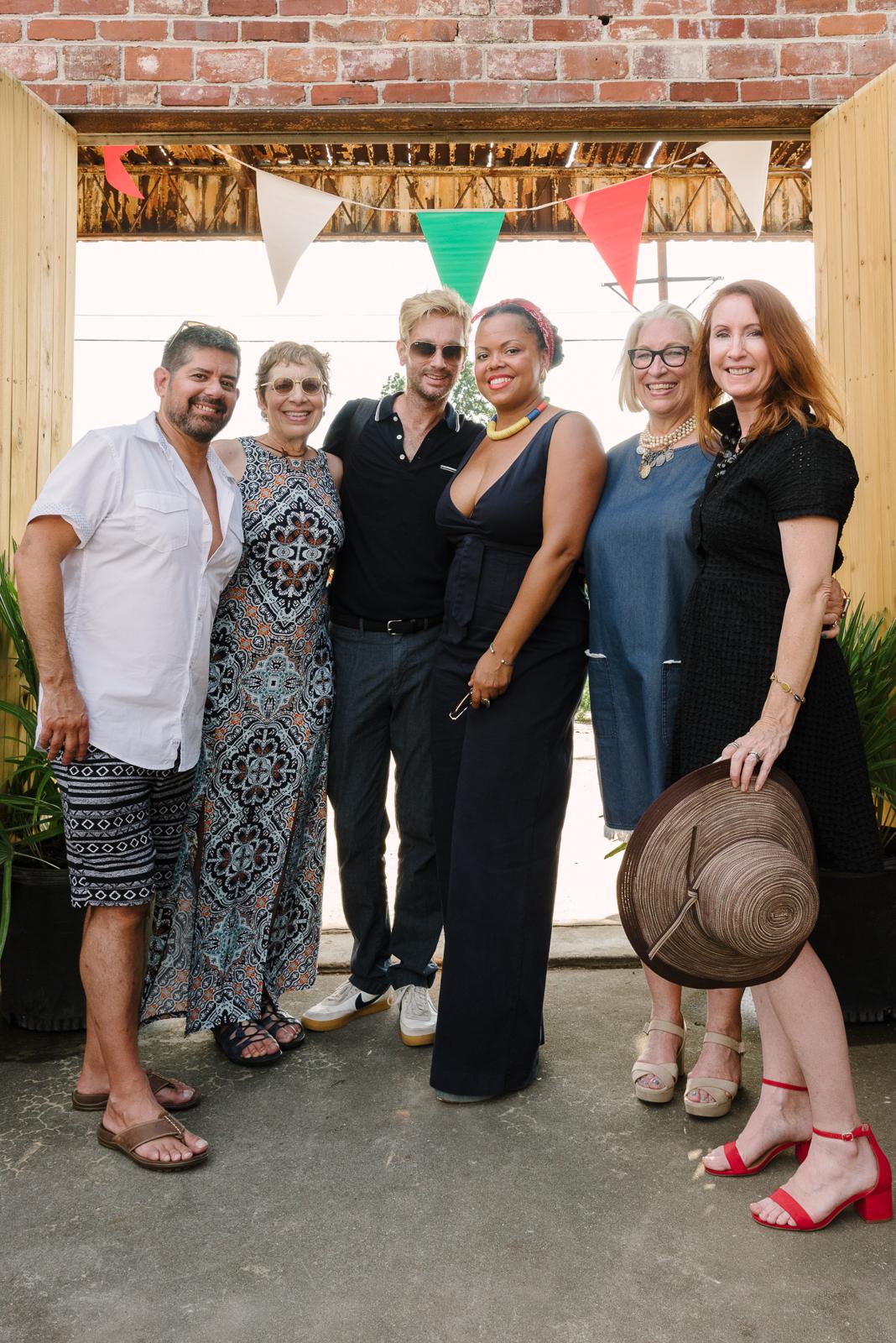 Financial support comes from the community itself, and individual donors are acknowledged equally regardless of the amount they give. “Like other crowdfunding endeavors, Idea Capital reminds people they don’t have to be wealthy to impact the cultural firmament of the city they live in,” says committee member Felicia Feaster. “Idea Capital represents the power of working together, and everyone playing a part in making Atlanta a better place to live. By pooling small, medium and large donations we can offer grants that have a tremendous psychological and tangible effect on the artists who receive them. Supporting the arts is not a rich person’s game, Idea Capital reminds us, it is for everyone who wants to make their city better, and more hospitable and supportive to the arts.”

Idea Capital grants range from $500 to $2000 for projects in Atlanta. The objective is for grantees to create new, innovative and experimental artworks in genres including Visual Arts, Dance, Performance, Video, Writing, Curation, Music, Critical Writing and Digital Media. The projects have included everything from a writer using a Greyhound bus as his studio to an animator creating a video using bread dough for the characters.

Organizers acknowledge that sometimes the projects fail, but they can still nonetheless lead to new ideas. “Idea Capital is still committed to the innovative, the risky, the controversial and the experimental in Atlanta’s art scene,” says committee member Oronike Odeleye.

Those who have received Idea Capital grants emphasize that they appreciate the support because it allows them to push into new areas that would not have been open to them without economic assistance. Visual artist Lynn Marshall-Linnemeier describes the impact of having received an award in 2010: “The Idea Capital award came at an important stage in my life when my work turned thematically toward the universal notion of ancestry and its connection to West African Yoruba religious practices. This afforded me the opportunity to add an additional layer of performance to my work, which had not been present before. In addition, the award strengthened my commitment to community activism through the arts.”

“Receiving the grant affirmed my work in a way that had not been done before,” agrees artist Danielle Deadwyler, a grant recipient in both 2014 and 2018. Her project for 2018, The Ood: A Field Guide to Apocalyptic Worlds for ____ Children, will be a hybrid of movement, dance, sound and spoken word that will examine issues of motherhood, sex and language. “Financial support allows an artist to manifest their vision, to construct a reality of the work to as close as you dreamed it.” 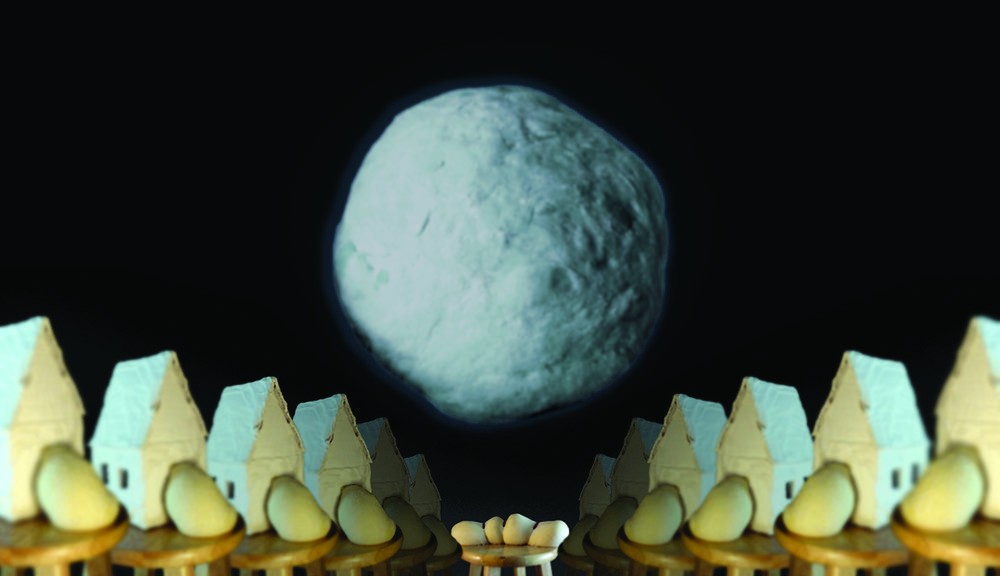 A mockup for Air (An Opera for Breath) by Steven Morrison. Idea Capital helped fund the completion of the project. (Courtesy of the artist/Idea Capital)

Steve Morrison echoes the sentiment. The artist received a grant in 2016 to make his video Air (an opera for breath) in which the characters were made from bread dough. “Not only did the grant logistically allow me to create something that mattered a lot to me, it also gave me a burst of momentum that continued throughout the year and is still pushing me forward,” he says. “Experiencing a room filled with prominent members of the Atlanta arts community who are all excited about and invested in your project provides not just motivation for that particular project but for your artistic career as a whole.”

Having the freedom to explore and experiment is crucial for an artist. As the organizers of Idea Capital understand, this is a challenging cultural moment, when artists are encouraged to brand themselves by defining their studio practices and to perfect their artists’ statements in order to meet the whims of the market. In this context, Idea Capital gives artists a place to innovate and explore, and perhaps even fail, a place where the mixing of genres and collaborations between artists provide fertile ground for creation.

Stuart Keeler’s vision for Idea Capital as an organization “intended to galvanize the art communities of Atlanta with an inspiring means of providing opportunities funded by artists for artists” has indeed come to fruition. Idea Capital is helping Atlanta realize itself as a place for innovative art and artists.

Join us on Sunday, January 28, at Ponce City Market’s City Winery as we honor Idea Capital at the second annual Luminary Awards.