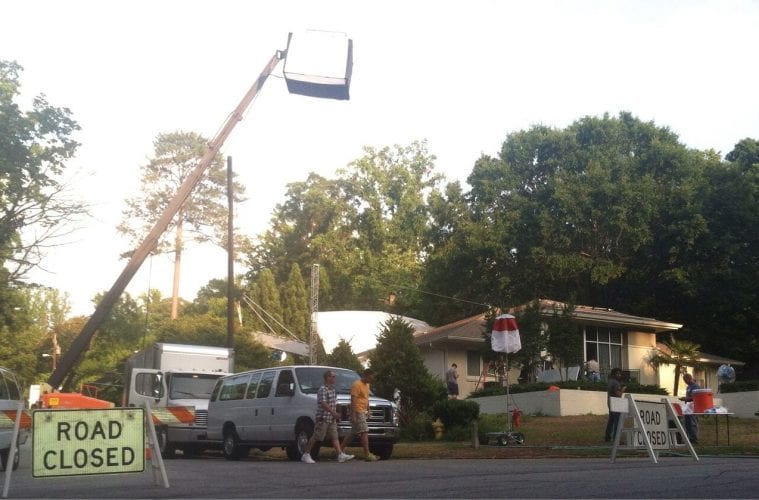 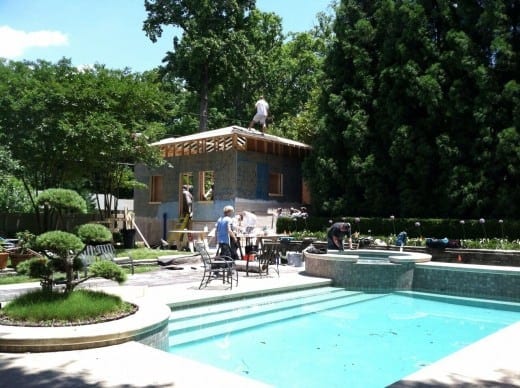 That familiar expression, “Location is everything,” could be a mantra for the film industry because the setting is such a crucial part of every project. Drawn by tax incentives and the region’s picturesque mountains, seashore, forests and farmland, media production companies are also utilizing Georgia’s building stock — homes, commercial businesses and historic buildings — as settings for films, television shows, commercials and music videos.

Location work has become a thriving business. According to Becky Ollinger, a 23-year location veteran, the job entails matching the appropriate location to the needs of the concept and the ability “to piece together the puzzle of needs for all parties.”

Ollinger and Karen Goeckel, a former supervising producer at Turner Entertainment Networks who transitioned into location work in 2012, prefer to start from scratch with a production company, evaluate its needs and then find several desirable properties within the client’s budget.

They maintain an inventory but are constantly scouting because clients often follow new trends and fads. For example, the open floor house plan has long been a popular choice, but now clients are starting to request cased openings, which is part of a nostalgia trend. They solicit property owners through door-to-door inquires, flyer distribution, phone calls and letters, often getting help from neighborhood associations. 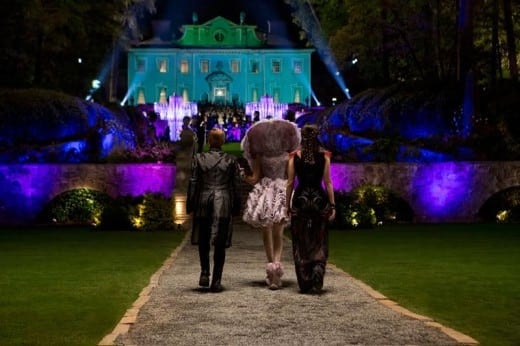 The historic Swan House served as the Capital and home of the evil dictator in The Hunger Games: Catching Fire.

Ollinger and Goeckel handle a wide array of production projects, but the bulk of their current work is TV commercials. In contrast, Meyler and Company, which opened an Atlanta office two years ago, has been supporting a large number of major film productions and TV shows. The historic Candler Building, a Meyler exclusive, was recently used as a location for Melissa McCarthy’s upcoming feature, Michelle Darnell.

The location specialist is the liaison between the production companies and the property owners, and, although the companies pay the specialists, they position themselves as advocates for the latter as well. “It’s all about relationships,” states Goeckel, “We’re there to advocate for the homeowner and the production company. And it’s in our best interest for the homeowner to be happy because we want to be welcomed back.”

Stephanie Howard, who runs Meyler’s Atlanta office, also serves both parties. “In Los Angeles, people expect that every actor has an agent who helps get word about them to casting people; we help get word about film-friendly properties to location managers.”

Educating the homeowner about the realities of a film shoot and representing them through the entire process are an essential part of the service. 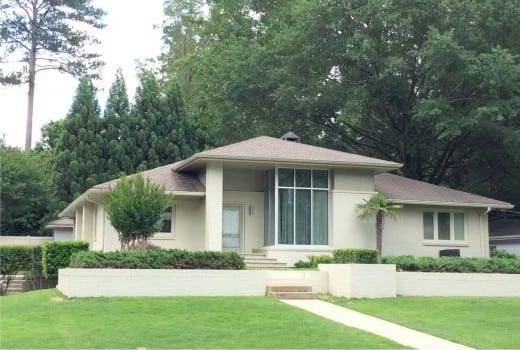 Dan Campbell should know. His LaVista Park home served as the residence for the lead character (played by Jon Hamm) in Walt Disney’s Million Dollar Arm (2014).

Campbell’s modified mid-century ranch house, which resembles the modernist California homes of the 1940s, worked perfectly — with the addition of a palm tree in the front yard — as Hamm’s residence in the Los Angeles neighborhood of Brentwood.

The Disney production crew made other changes. It built a guest house in the back and rerouted all the utility lines that hung along the side street near the guest house. The crew also removed the utility pole at the front corner of the house. “Brentwood would never have overhead lines,” Campbell explained.

Disney rented Campbell’s home for three months and put him up in an apartment near his home. “Disney filmed 11 days during that time,” he recalls, “and were very generous for the days they were filming and for days between filming.” He also dropped by often to observe the production and got to spend a little time chatting and hanging out with Hamm, director Craig Gillespie (Fright Night), cinematographer Gyula Pados (Predators) and other cast/crew members. 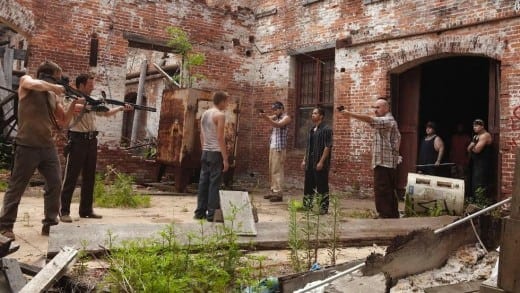 Scene from TV show The Walking Dead, filmed at the Goat Farm.

Renting homes and property can be a profitable secondary business. Says Goeckel, “How often does your house make you money? Houses usually only cost you money, so this is an opportunity for your house to earn its keep.”

But one must be prepared. Considerations might include making some areas of the house off limits, deciding whether to have them restored exactly as it was before the shoot or keeping that new interior paint job and that chic prop couch.

In Campbell’s case, Disney returned the walls to their original colors when the shoot was over, recovered the sofa that had been used in the film and repaired his driveway.

There are other considerations. As Howard explains, “In the event that a production wants to go into overtime one day and shoot for a few more hours, it might not have occurred to the owner to negotiate certain things up front and ask what if?

“It’s important for everybody to ask the right questions so that there are no surprises when filming starts.”

Property damage is a possibility. The location scouts recommend that a certificate of liability insurance be included in the contract and warn homeowners not to sign a contract without it. It is up to the homeowner to coordinate the repairs with the location manager. Even Campbell, who is a contractor (he owns Portico Atlanta), used a location manager as a liaison to the production company.

Renting one’s home also affects the neighborhood, especially when all of the crew trucks descend on the streets. It’s in the best interests of the homeowner to clear this first with his neighbors, though sometimes this is handled directly by the location manager.

Disney, for example, sent gourmet gift baskets to Campbell’s neighbors as a friendly introduction. It also rented neighbors’ yards to place 500 shrubs and white wood fencing along the street curbs.

In addition to the rental income, the homeowner can often upgrade his property by negotiating for certain improvements that also benefit the production design.

“They gave me a whole new yard, irrigation system, plants, sod,” Campbell says. “It wasn’t even nice to begin with!”

Howard recalls one property in Malibu where the film crew built a tiki bar right on the sand by the owner’s beach cottage. “The bar was made from an old surfboard. He thought that was cool, so they just left it.”

To read our story about the Swan House in The Hunger Games, click here.