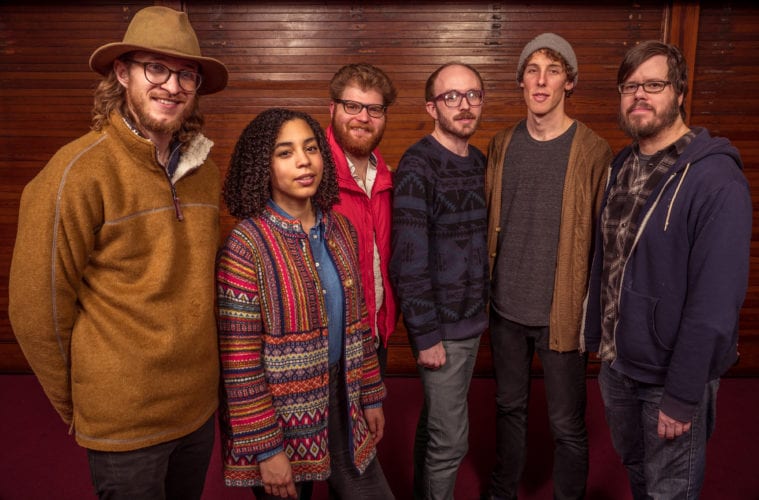 Little Tybee floats through 529 with Flamingo Shadow and Visitors

Little Tybee converges in East Atlanta Village on Friday, February 22, to give locals a sneak peek of what the sextet’s been cooking up. More than 10 years in, the band continues to buck the system of predictable music in favor of exposing an unrestrained sonic atmosphere built through collective interplay.

The group’s songs act as cross-genre puzzles that weave through New Orleans jazz and Latin grooves with a folk presence, all layered with sophisticated experimental playfulness. There is a definite architecture in the band’s sound that is complemented by a hint of mysticism. It’s a roller coaster fueled by a sense of wonder and charged with the potential that lies in the next twist or turn.

“It’s more about the space that we create rather than a pop song,” front man Brock Scott says. “Any type of artistic expression should be well-rounded, and we try to tie as many elements as possible into the experience.”

Visitors opens the show, unleashing a textured and experimental haze, while Flamingo Shadow breezes in with tropical momentum, still blowing strong from the August release of Earth Music.