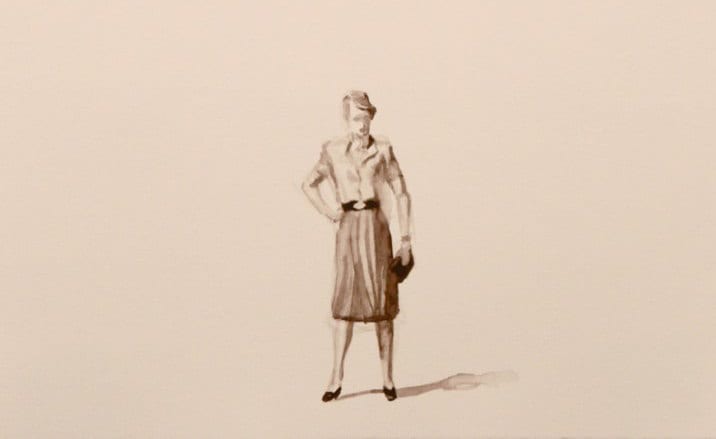 “The Occupation series began as small watercolors of people and what they do,” says Kennesaw State University professor and Atlanta-based artist Donald Robson. “It began as a way of categorization or typing people by their work. As this series grew, other concepts came into play. Individuality within the mass, elevation of the mundane, isolation, are some other ways of looking at it.”