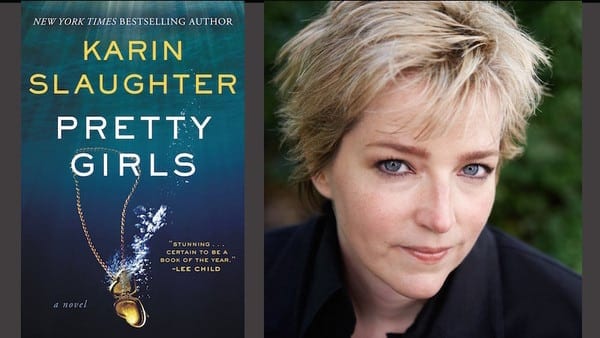 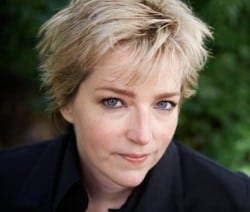 Not for nothing is Karin Slaughter hailed as something of a sweetheart at the Georgia Bureau of Investigation, where agents have happily shared their expertise with her and taught her to handle a firearm.

The author — who will appear at the Gwinnett Library on October 13 and the Decatur Library on October 15 — has celebrated their heroism and smarts, following fictive blood trails across our state in 15 novels renowned for their grisly, page-turning addictiveness.

For her most recent project, Pretty Girls, Slaughter takes a different tack. She writes from the side of the victims, two sisters who do their own sleuthing because law enforcement is not only corrupt but, in some cases, downright complicit in a terrible evil: the underground industry of snuff pornography.

The novel, as usual, opens with a jolt — a stabbing in an alley, followed by an affluent widow’s discovery of disturbing files on her husband’s computer. “I figure,” Slaughter says matter-of-factly, “that we all know men who have weird shit stashed on their computers.”

Decades after an accusation estranged the widow from her sister, they unite to puzzle out the perversities of the man who was stabbed, which might explain why their other sister disappeared 24 years earlier, when she was a college student in Athens. To say much more about the plot would yield too many spoilers, and Slaughter’s hallmark is her switchback twists and turns that snake like a mountain road.

The finely detailed sisterly dynamics — fraught but ultimately life-saving — are the strength of this thriller, along with the diary entries from their late father, which lend poignancy to the struggles of bereaved survivors who must try to persevere after an unexplained tragedy. “I’m the youngest of three sisters myself,” Slaughter says, “so I wanted to write a book exploring those relationships.” 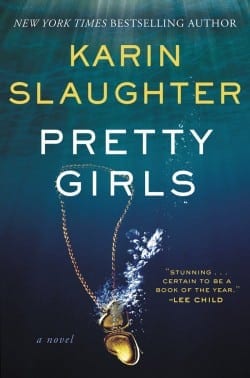 This novel, like the rest of Slaughter’s oeuvre, tackles the manifold ways misogyny frames our lives. She originally wanted to title the book about these three physically appealing women The Truth About Pretty Girls, but her publisher preferred the shortened version. “I wanted to show that bad things can happen even to the most attractive people,” she says, “and often, beauty makes a woman an even bigger target for violence.”

Her novels, all set recognizably in Georgia, present some of the most and visceral — in every sense of that word — scenes in the suspense canon, with victims flayed and tortured in theatrical Grand Guignol set pieces of extravagant and meticulous violence. Spray the pages with Luminol, and they will glow.

For her next couple of books, Slaughter plans to return to her G.B.I. hero, Will Trent, a gentle misfit whose dyslexia proves an asset in solving crimes. Then she might revisit the gritty grandes dames of Cop Town, her last, well-researched and strongest book, about the first women to wear badges in the Atlanta police department in the 1970s.

Slaughter just returned from a tour of Europe, where her fiction has found a gluttonous market among the Dragon Tattoo demographic. The much-publicized seven-figure advances she receives for these consistent bestsellers place her among the highest-paid writers in the world, and her international sales figures for the past decade rank in the top hundred, along with those of William Shakespeare and J.K. Rowling. Her villains often, but not always, meet bad ends, but for Slaughter at least, crime pays.