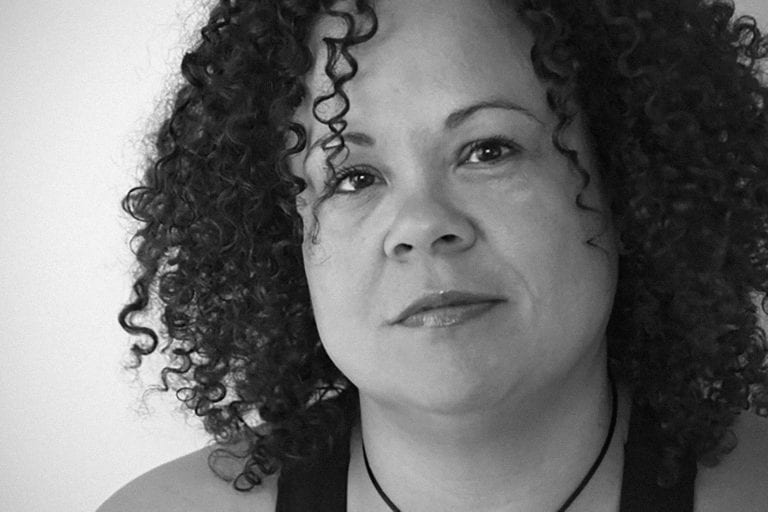 Julie Lythcott-Haims is the author of the new memoir Real American, which examines her developing identity navigating the fraught territory of race in America.

What color is a real American? That question lies at the heart of Real American, the concise, elegant new memoir by Julie Lythcott-Haims, former dean of freshmen engagement at Stanford and the New York Times bestselling author of How to Raise an Adult.

One can answer such a question by saying that anyone should be considered a real American regardless of skin color, but the more observable answer is that — consciously or unconsciously — far too many Americans believe that American primarily means white. The strength of Lythcott-Haims’ new book isn’t just in its incisive interrogation of such cultural privilege, but in its offering of personal anecdotes charting specific, lived negotiations within the fraught territory of race in America. 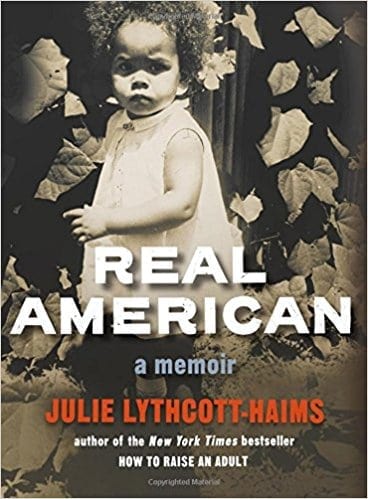 Though the language of Real American is simple and direct, the book is tough enough in the reckoning to leave any reader feeling devastated. Each of the nine chapters maps a new stage in the author’s racial consciousness, from an idyllic American childhood through Black Lives Matter. Each chapter consists of a series of linked experiences, generally no more than a page long and many just a few sentences. Each story begs to be considered in isolation, yet the psychological weight of the collection makes the book impossible to put down.

Lythcott-Haims begins by exploring her relationship with her mother, who is white, a difference that becomes the source of both public and private conflict, mother and daughter each searching to defend against waves of social ignorance and presumptive miscommunication. At an early point in her life, the author realizes she has become othered on all sides, never white enough for white people nor black enough for black people. She’s left with little self-esteem, which she compensates for by striving for academic and professional success. Lythcott-Haims spent years building a life that looked perfect on paper: Stanford, Harvard, corporate law, then back to Stanford to work in freshmen engagement, then a stint as part of the Obama campaign. But in her memoir, she confesses it was never quite enough for her to feel safe in the grand scheme of things or self-assured in daily particulars.

Most of the reflection is done in prose, with the occasional line of poetry to emphasize a point that can sharpen into situational manifesto. It’s an accessible, readable text, perhaps born of the author’s ongoing work with undergraduates and also her sharp ear for how the work should sound aloud. It’s more of an offering than a preach, with a dash of slam poetry’s cadences.

Readers can hear the work for themselves on Tuesday, January 30, when Lythcott-Haims visits Atlanta to read from her book at the Margaret Mitchell House, and speaks in conversation with Atlanta’s Beverly Daniel Tatum, President Emerita of Spelman College. Tatum has said that Lythcott-Haims’ work represents a “journey of self-healing,” and that it is “a story of triumph from which all of us can learn.”

Though the Margaret Mitchell House event is actually the second installment in an ongoing conversation between the two powerhouses (the first having taken place in California earlier this month), the Atlanta event should be particularly interesting due to some of the author’s connections to the region: her father was appointed by Jimmy Carter to serve as Assistant Surgeon General in 1977, and the book contains a memorable anecdote about Gone With the Wind, in which a white friend from high school discusses the film with Lythcott-Haims in a painful, obliviously alienating way.

The author has two children with her white husband, one boy with skin she describes as the color of Trayvon Martin’s, one girl with skin she describes as even lighter than her own. The commitments to motherhood that steer the arc of the book’s second half are no less fraught, no more able to show that Lythcott-Haims has alleviated her conflicted emotions or reconciled her unsettled feelings surrounding racial identity. The beauty of Real American is that it offers multiple vignettes of a woman as she strives to belong, to emerge, to matter, to go on. At its best, the book includes the reader in that journey of unvarnished honesty.