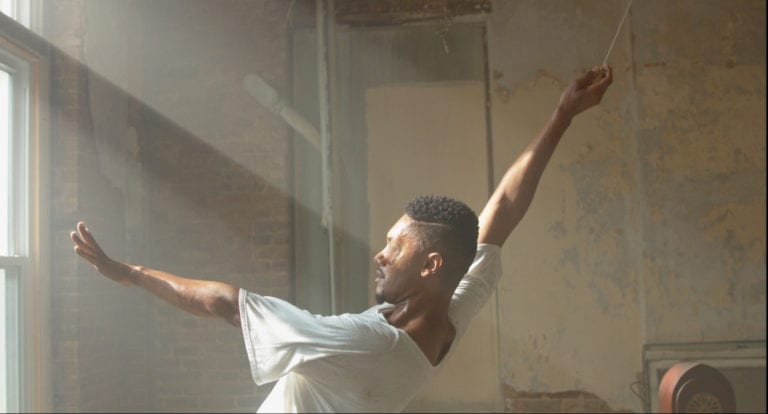 Juel D. Lane in his film The Maestro (Photo by James Wiley and Mike B. Note)

Thursday and Friday will mark Atlanta-based choreographer Juel D. Lane’s second New York premiere, when Dallas Black Dance Theatre performs Lane’s How to Kill a Ghost at the Ailey Citigroup Theater. But Lane will not be in attendance. Instead, the peripatetic dancer, choreographer and filmmaker will be in Atlanta attending Fulton County Arts and Culture Dance Week as honoree and presenter.

A dance-maker with a fast-paced style and an eye for inspiration in everyday life, Lane fuses dance forms of the African diaspora with a modern dance aesthetic, telling personal stories with emotional resonance and, in the case of The Maestro, a bit of magic.

On Thursday, May 2, Fulton County will recognize Lane alongside actress and dancer Jasmine Guy at a reception, “Honoring Innovation: Interdisciplinary Performers Changing the Fabric of Dance.” Guy, raised in Atlanta, has enjoyed a long and successful career in theater, television and film. Lane, a native Atlantan, will receive the Young Innovator Award. For Lane, the recognition comes on the heels of a recent $20,000 Artpreneurship Award given by his alma mater, the University of North Carolina School of the Arts. The reception will take place at the Fox Theatre.