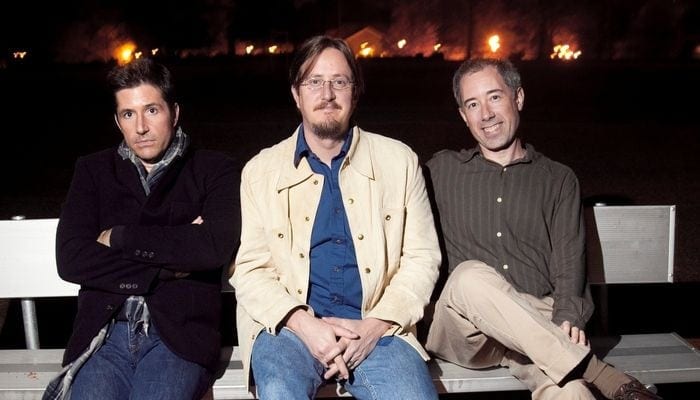 For now, don’t ask the artists of John Q “What’s in the box?” Although the box of artifacts sent to them by the GLBT Historical Society of San Francisco will be the focus of their lecture and performance at the Atlanta Contemporary Art Center on Thursday, August 30, they have no idea what’s inside. The process of revealing the contents will be a communal, participatory event between artists and audience, the first step in the creation of a major new public work slated for next spring. “It will be like a queer archive Christmas,” says Joey Orr, one of the artists behind John Q.

The Atlanta-based collective John Q takes its name from a phrase often used to designate an anonymous member of the populace: “John Q. Public.” It’s made up of Orr, Andy Ditzler and Wesley Chenault, who are connected through their shared interest in gay and lesbian history and their various capacities as archivists, curators and film historians. Chenault worked as an archivist at the Atlanta History Center, where Orr helped him collect oral histories for that institution’s “Unspoken Past” project, about Atlanta’s gay and lesbian history. Ditzler is the founder of Atlanta’s “Film Love” series, which screens rarely seen experimental movies.

“Instead of getting into a legal dispute, we decided to just become one entity,” Orr jokes. “All three of us were thinking about situated queer memory.”

The three first worked together as John Q on 2010’s “Memory Flash,” a series of four public art installations that delved into Atlanta’s buried gay and lesbian history. The event, one of the very first sponsored by Flux Projects, included a re-enactment of a Sunday afternoon meeting of the Jolly Twelve, a black gay male social club of the early 1960s. It also featured a showing of the Andy Warhol film “Lonesome Cowboys” at Ansley Mall, where the original screening in 1969 led to a police bust and multiple arrests.

The group has also created installations at the Museum of Contemporary Art of Georgia based on “Memory Flash.” “Mondo Potato,” a work that provided a tableful of gender-ambiguous Mr. Potato Head dolls, was featured at the Mondo Homo festival. “Policing Ourselves” was presented at Outwrite Books. John Q’s upcoming panel at the Contemporary and the larger work-in-progress that it launches likewise reflect their interest in engaging with the public, specifically getting historical and archival material related to “queer memory” into public conversation.

“We’re picturing it as very much not a traditional panel,” says Ditzler of Thursday’s event. “We’ll introduce our work, but once that box is open, it becomes about all of us in the room looking at this stuff. It’s a way for us to make our creative process open. If the project itself is social, can the process be social?”

The box comes from a collaborator, E.G. Crichton, the artist-in-residence at the GLBT Historical Society, who shares an interest in getting archival material into public circulation and discussion. Crichton and the Atlanta artists share an interest in the “queer diaspora,” the movement of gay and lesbian people from small towns to cities such as Atlanta and San Francisco, which is the likely theme of the large-scale project planned for the spring.

“Whereas ‘Memory Flash’ was happening here in the city, one thing we’re interested in now is how all of these people moved from all over the country to these metropoles, and then when they died all their stuff is there,” Orr says. “When it gets archived it’s all in repositories in the cities, so it looks like all queer lives were lived in big cities, which is not true. In order to think about it as a broader conversation, we’re thinking about taking some of their stuff back out, kicking and screaming, back to their places of origin and trying to figure out: what would that mean?”

The Thursday event, like all of John Q’s work, will emphasize interaction with the public and an openness to change based on the public reaction. “Opening the box and not knowing what’s inside: it could end up changing everything, and it could end up being not really the direction we want to move in,” observes Ditzler.

“If you’re really going to open things up to the public, you have to get comfortable with the fact that some things may not work,” agrees Orr. “In the end, you’re not really in control of everything. It takes a certain kind of constitution. … It will go wherever it’s going to go, depending on who’s looking at it.”

The artists of John Q will speak at the Atlanta Contemporary Art Center on Thursday, August 30, from 6:30 to 7:30 p.m. The event is free and open to the public.