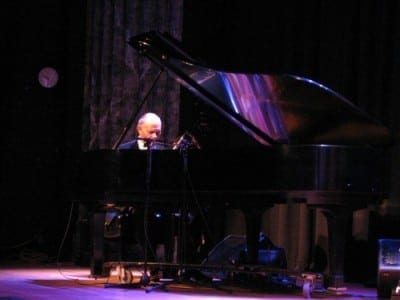 Variety Playhouse in Little Five Points is not the typical realm of the piano trio. The movie-theater-to-music venue, which has a generous dancing area in front of the stage, is, after all, better suited to amplified electric guitars than acoustic pianos.

Pianist McCoy Tyner is the last link to John Coltrane’s quartet from the early 1960s — check out Tyner on “A Love Supreme” and other seminal Coltrane records. On Saturday, he brought a trio featuring bassist Gerald Cannon and drummer Eric Kamau Gravatt to the rock stage. 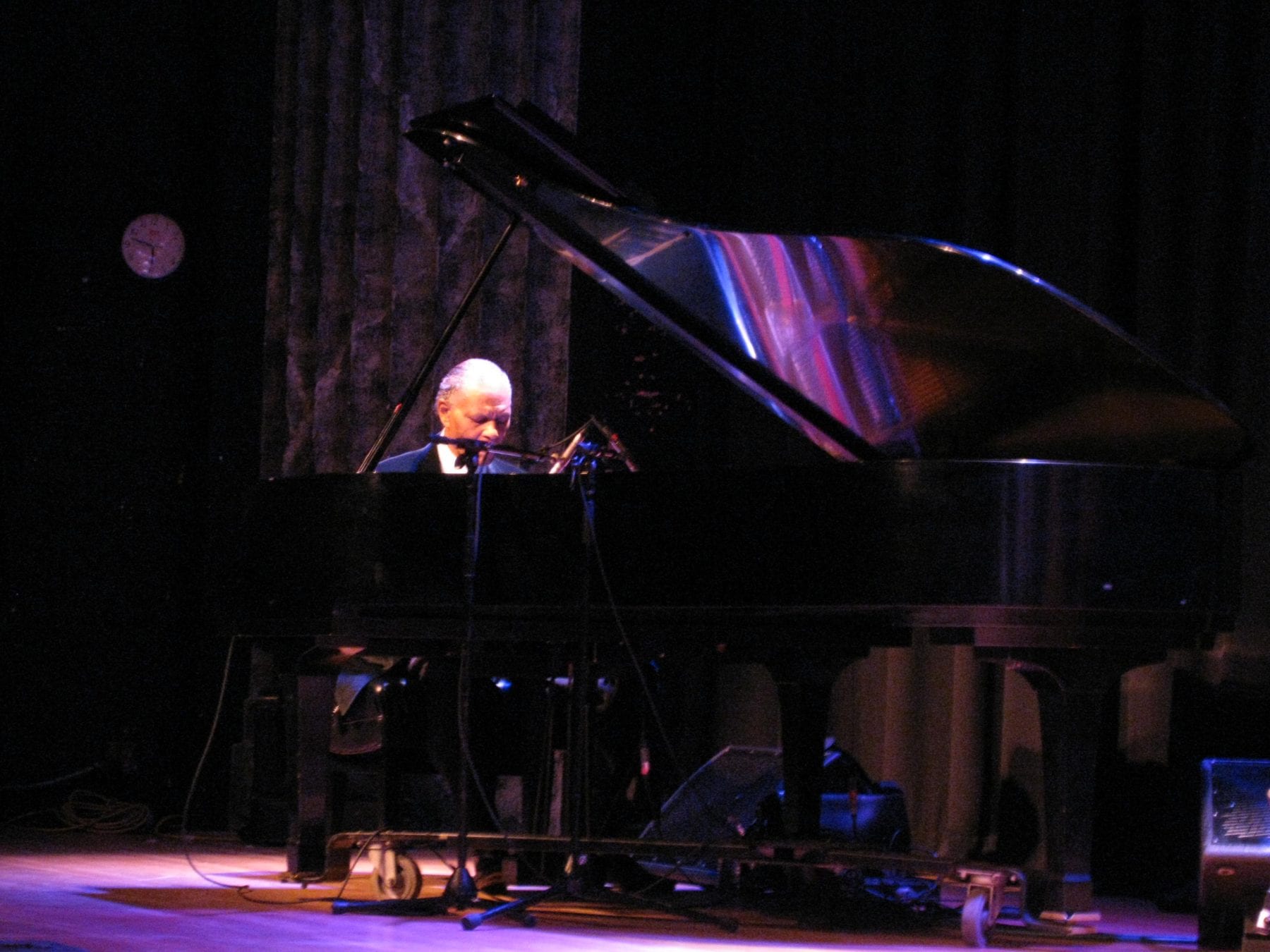 Tyner last performed in Atlanta two years ago at Georgia Tech’s Ferst Center for the Arts, with a trio-plus-one. Tap dancer Savion Glover — decked out in green tap boots and sporting long dreadlocks — was arguably what got people into the seats that night, but Tyner played with a masterful air. The pianist knew how to accentuate Glover’s solos de pied and could also rival the younger man in sheer rhythmic intensity.

At Variety, Tyner amplified his piano through the house system. Many of his melodies and solos were driven by sustained chords, and when Tyner rumbled in the lower end of the keyboard, the sound, which was crisp in the upper register, became bogged down in the hall’s speakers. Tyner plays with an easy control, and on tunes like “In a Mellow Tone” by Duke Ellington and Coltrane’s “Moment’s Notice,” he performed as if he’d been playing them all his life — inspired yet at times a little removed.

Cannon and Kamau Gravatt were each given long solos, and four-minute tunes occasionally evolved into long explorations, transforming the group into a bebop jam band. Tyner changed the entire feel of songs on a whim — at one point he started playing a soft repeating figure and stared at the drummer until the accompaniment changed from a forceful swing beat to something more subtle. For a jazz drummer, Kamau Gravatt has a rock presentation. He spent most of his solo time on the sibilant cymbals, banging a tattoo on his high hat, but he also attacked the rest of his kit with an abandon akin to “The Muppet Show’s” Animal. 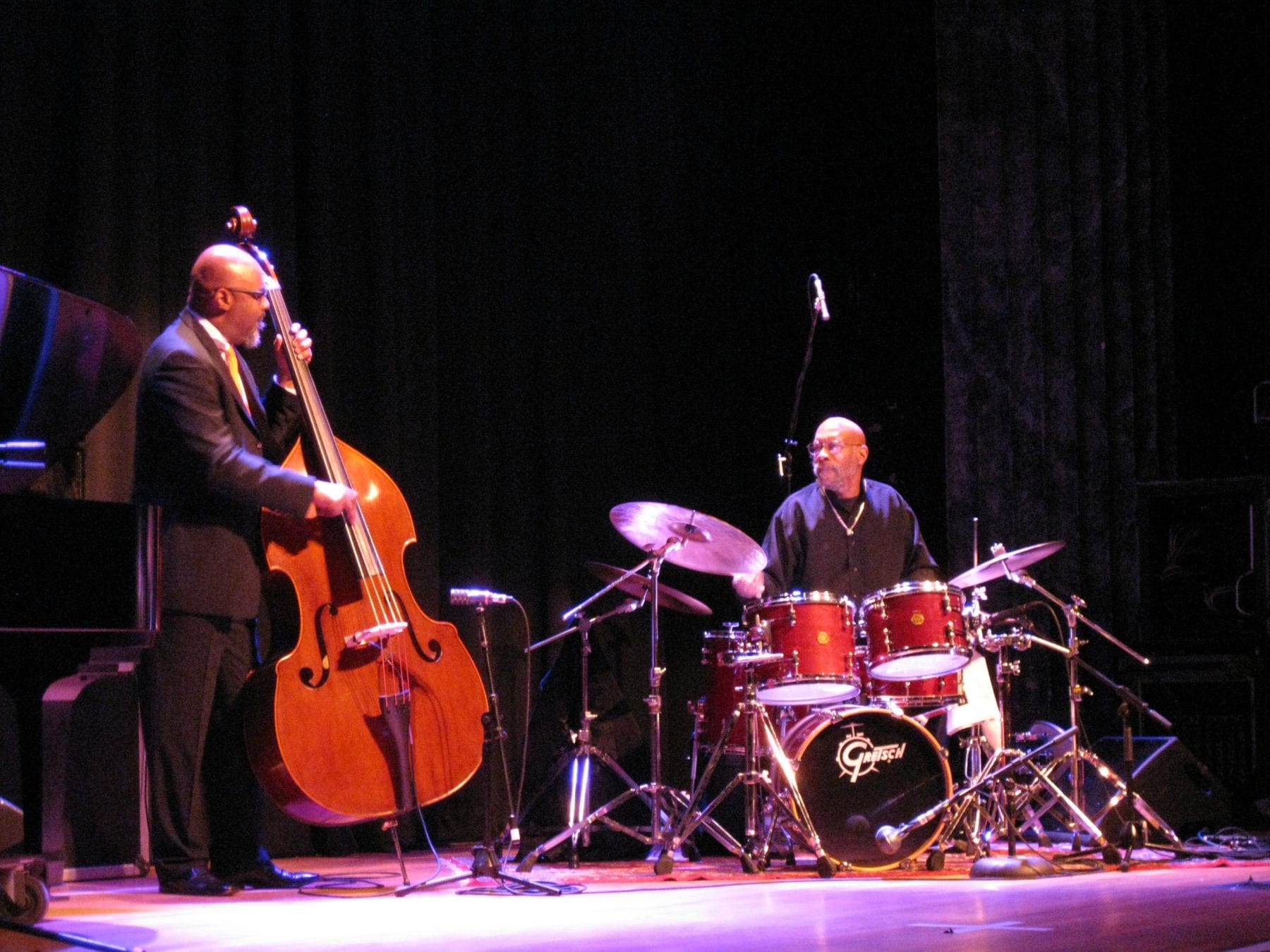 This was the second time I’d been to a sit-down jazz show at Variety, and the effect was still a little jarring. Instead of a mass of people pressing against the stage, tables and chairs placed in the dancing space supported gray-haired, beret-wearing jazz lovers, not the usual Variety clientele. I did, however, see representatives of the hipster crowd that comes out for rock shows — cleaned up a bit, of course. The trio has a multi-generational draw.

Putting jazz into a rock venue in the middle of one of the most alternative neighborhoods in Atlanta filled the house with a nice cross-section of the populace. This proves that jazz has a presence in Atlanta (an oft disputed fact) and that when national acts come here, there’s an audience eager and willing to pay to see them.