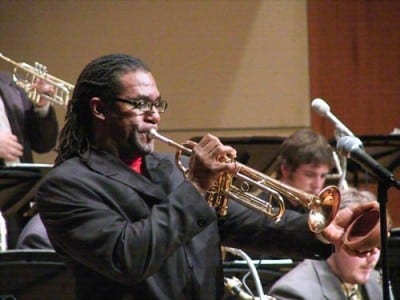 Marcus Printup, a trumpeter best known for his 17-year tenure with the Lincoln Center Jazz Orchestra, knows all the right things to say about his hometown crowd. Just as generations of performers before him have used variations of the line “I love you [insert city here],” the Conyers, Georgia, native can compliment an audience like a pro.

“The best audiences — and I can truly, truly, truly say this — the best audiences, the most soulful audiences in the United States, are in Atlanta, Georgia,” Printup told me over the phone recently, his nose stuffed up with oppressive New Jersey pollen. Anyone who’s ever gone to a concert has heard that line before. But it’s easy to take Printup at his word. 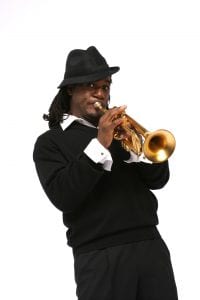 Two years ago, the trumpeter left the New York City area and moved back down to Atlanta to be closer to his parents. His few performances in the city included a show at Churchill Grounds and a house concert put on by the Southeastern Organization for Jazz Arts, and Printup found appreciative, knowledgeable crowds at the shows.

Printup will perform in Atlanta again today, backed by a collection of local musicians — pianist Kevin Bales, bassist Craig Shaw and drummer Che Marshall — as part of the High Museum of Art’s monthly Jazz at the High Series. The concert starts at 5 p.m. and is part of the museum’s $18 admission.

The preponderance of seasoned jazz consumers in Atlanta is something Printup has discussed with Wynton Marsalis, the leader of the Lincoln Center Jazz Orchestra. They agree that a shared Southern church history — participatory and jubilant — is prevalent in the city and makes for a better crowd. When the orchestra comes to Symphony Hall, as it did most recently in March — read my review here —  Printup says its always a welcoming experience. “If I play a certain lick,” he explains, singing a short melody, “you’ll hear people in the audience go, ‘Yeah! Yeah!’ It’s just like in church. That’s something that the South, and specifically here in Atlanta, has that not many other places have.”

Printup came to jazz relatively late in his education. He played classical trumpet in high school, but was more interested in playing football than practicing. When he met Bales while attending Georgia State University, the pianist helped convince Printup to pursue jazz more seriously. The two soon transferred to the University of North Florida to enroll in the jazz program, and, after befriending pianist Marcus Roberts and meeting Marsalis and moving to New York, Printup became a member of the country’s most visible jazz band. 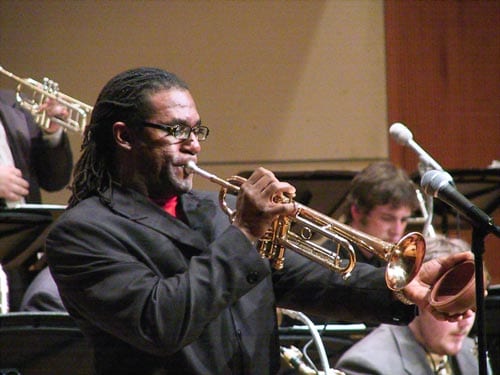 Of course, as Printup is quick to emphasize, jazz musicians don’t have to live in New York to lead a fulfilling career. He rattles off a list of names of veteran artists who call Atlanta home, including saxophonist David Sanchez, bassist Reginald Veal and trumpeter Russell Gunn, to emphasize his point. “It’s a comfortable place to live, and you can just get on an airplane and fly up [to New York] whenever you want to,” he adds.

During his time spent playing all over the world, Printup has run into many types of audiences. Listeners gathered for a LCJO concert at Symphony Hall might applaud only after each number, whereas the club crowd at the Village Vanguard in New York may get a little vocal. The experience of playing for many different types of listeners means Printup doesn’t really mind a noisy audience.

That’s a good thing, because Jazz at the High, which is held in the museum’s boomy atrium, is usually part listening room, part cocktail hour. It can get quite loud, but Printup realizes that whatever gets people interested in paying for an evening of jazz music is ultimately a good thing. “It’s just really fun,” he says, reflecting on his four previous performances at the High. “And that’s the type of energy I want from the audience; it lets me know they’re having fun too.”