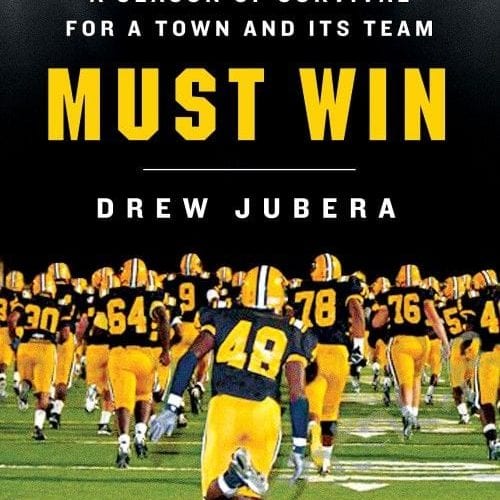 The ArtsATL Q&A: Drew Jubera’s “Must Win,” about much more than South Georgia football 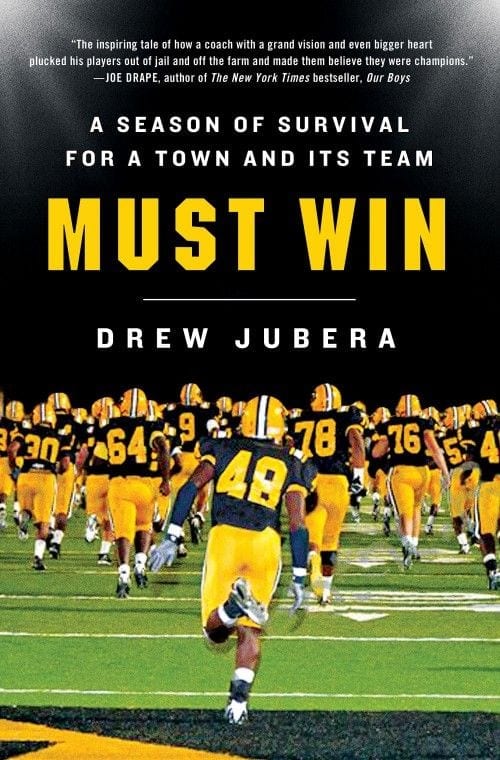 Pay attention to the subtitle of Drew Jubera’s new book, “Must Win: A Season of Survival for a Town and Its Team” (St. Martin’s Press, $25.99). The 2010 season of the Valdosta High School Wildcats — once the winningest high school team in America, recently fallen on hard times — is the peg. But it’s really only sorta kinda a sports book.

Jubera was a reporter for many years for The Atlanta Journal-Constitution, where he and I sometimes shared the same trench. One of his many beats was called “Old South, New South,” an inspired pairing of writer and idea that sent him around the South, digging deep in places of change and stress or just Southern quirkiness: racial, of course, but also social, cultural and economic. That prepared him well to tell the story of Valdosta and its football team.

Once known as “Title Town USA” because of its unstoppable high school team, Valdosta faces many familiar problems: a dwindling economy, drugs, racial fissures, lack of opportunity for its youth. But the town still comes together on Friday nights, uniting the pickup-truck old boys in their coveralls, the noblesse obliged businessmen and the African-American community.

The most serious problem for some was that the Wildcats had lost their magic and now dwelled in the shadow of cross-town rival Lowndes High School. A new young coach, Rance Gillespie, promised a turnaround. Jubera embedded in Valdosta for months, making friends with kids on the team (and getting an education in the hard-core hip-hop they listen to) and with a gaggle of townsfolk, including an unforgettable one-armed fisherman who goes by the name of Nub.

“Must Win” will be published September 4, but Jubera will sign advance copies at the Decatur Book Festival, where he will also talk about the book at 12:30 p.m. Saturday, September 1, in the Decatur Library.

ArtsATL: How did you come up for the idea for a book about this team and this town?

Drew Jubera: It was this weird happy accident. It was a Friday night in the fall of 2009, I was channel surfing, and there was a high school football game on. The announcer mentioned that Valdosta had just fired their coach. I knew Valdosta was this power in football, and I thought it was odd they would be firing their coach. I Googled it to see what the deal was. It was the third coach they had fired in seven years.

And there was all this other stuff going on. A movement by some of the black families to get rid of the school superintendent because he refused to show Obama’s back-to-school speech that September. And the power had shifted to Lowndes High School, out in the county. There were all these elements, along with this being the winningest high school football team in America.

I pitched it as a story to The New York Times about this storied program gone kaput. They ran it on Thanksgiving Day, and it was the most viewed story in the paper that day. So I knew it had a resonance beyond Georgia. It gave a lens to a lot of other things. I got the notion that maybe it would be a book. They hired a new coach and I was invited down to meet him. I said, “What would you think of me embedding with your program for a year?” It took him a second and a half to say sure. He didn’t know me from Adam.

ArtsATL: That’s amazing. He’s starting out with all of this pressure, and this stranger asks to watch his every move. Did he understand how much you were expecting, to be there for the half-time sessions, to talk to his wife? 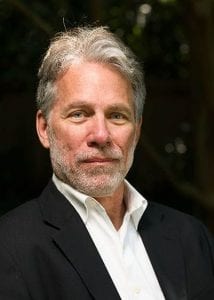 Jubera: I’m pretty sure he understood. This is a guy who was so sure of his ability he had no problem with someone coming in and watching it. It just happened that quickly.

ArtsATL: So you knew going in it was going to be about much more than a football team.

Jubera: It had to be. I didn’t know a lot of the personalities there. A lot I had to discover. I really tried to concentrate on finding a few people who were representative of the team or the town or just had a story that was so compelling.

ArtsATL: Was it hard to get the kids to open up and articulate?

Jubera: First of all, they’re high school kids. It’s not that they’re inarticulate; they’re still inarticulate to themselves. They’re trying to figure it out. Malcolm Mitchell, a star of the team who’s now at the University of Georgia. I’d show up every day and say, “Hey, Malcolm, how’s it going?” He’d say, “Just chillin’.” I was in the coach’s office and I said, “How do I get him to open up?” He said, “It’s hard. I have the advantage. I called him into my office and said, ‘I’m your coach, you have to trust me.’ You can’t do that.”

He had trust issues. He was just a wary kid. It took me the entire season, but once I got him to trust me he was the greatest, most introspective kid.

ArtsATL: How much time did you spend in Valdosta?

Jubera: I went down in the spring for a few days. I was there for the opening of football camp in August. From the middle of August on I was there pretty much full time. I started out commuting, but by the end of the season I was staying there for weeks at a time.

ArtsATL: The character of Nub, the one-armed good ol’ boy who is the team’s most obsessed fan, is so great. If he were a literary character, who would have created him?

Jubera: He’s this cross between Flannery O’ Connor and “A Confederacy of Dunces.” He is the funniest, sharpest guy. In some ways he epitomized Valdosta. It’s this small town in deepest South Georgia, but folks there have this outsized view of themselves. And a lot of that is tied to this team. Race is so clearly an issue. I would talk to white folks and bring up race and they would say I don’t want to be quoted on that stuff, I gotta live here. But someone said I know a guy who will tell you what’s what. And that was Nub.