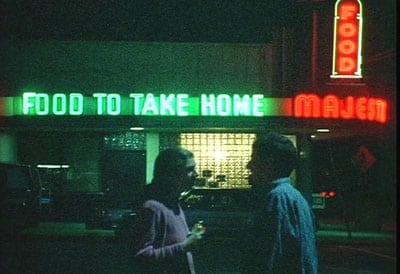 The Michael C. Carlos Museum held a panel discussion last week on the history of Atlanta’s art scene, occasioned by its exhibitions of works on paper by Georgia artists. Annette Cone-Skelton, director of the Museum of Contemporary Art of Georgia, artist Katherine Mitchell and I talked about the role played by area colleges and universities, the ferment of the 1980s fueled by government grants and Mayor Maynard Jackson’s formation of the Atlanta Bureau of Cultural Affairs, and the critical role of entrepreneurial artists in founding still-thriving institutions.

We also noted that, recession and Georgia Arts Council woes notwithstanding, the local art scene is full of energy, and synergy. Indeed, so many artists, gallerists and others are working together to make things happen that there seems to be a new event or organization almost every week.

The latest is “The Skies Over Atlanta: Where Euclid Meets Edgewood,” a video and sound installation in a former church in Inman Park this weekend. The piece, created by Neil Fried, Evan Levy, Priscilla Smith and Jerry Cullum, is sponsored by and marks the debut of I45, a gallery collective including Barbara Archer Gallery, Jenny Henley Studio, Wm Turner Gallery, Opal Gallery and Whitespace. The group plans to host installation projects in lieu of the more conventional artwalks held in other neighborhoods.

Fried says that “‘Skies’ is an homage to changing neighborhoods.” It uses film footage that Fried has shot over the years in the Inman Park and Fourth Ward areas, plus new footage shot expressly for the piece and a sculpture by Levy. The images here are film stills: the Majestic diner is above, Deacon Lunchbox’s funeral in Little Five Points is below.

This is definitely a win-win-win situation. I45 distinguishes itself by sponsoring installations, which bring visitors to their side of town. Local artists benefit from new opportunities to experiment and show their work. Atlantans get new temporary public art to enjoy.