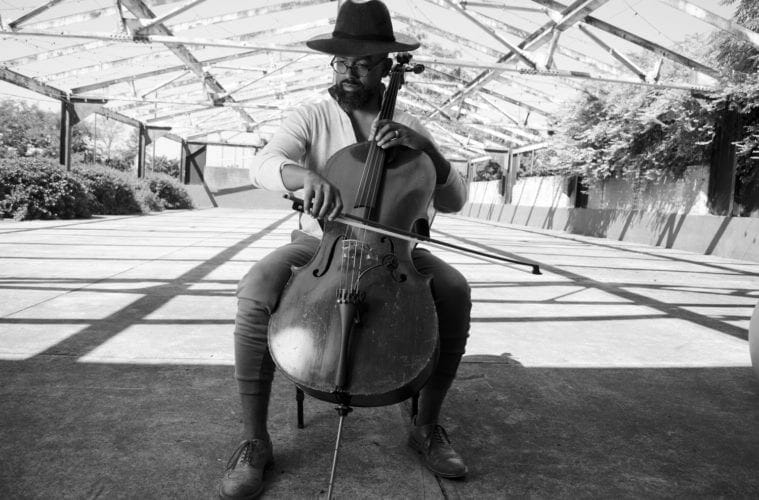 In Our Own Words: Okorie Johnson, Matt Torney and Mykala Sinclair

Okorie “OkCello” Johnson is an Atlanta-based musician who began playing cello at age 6. As a composer and songwriter, Johnson’s artistry integrates classical with jazz, EDM, reggae and funk. The Morehouse College graduate received one of the Alliance Theatre’s 2018 Reiser Atlanta Artists Lab grants to develop new work. His sophomore album Resolve was named one of ArtsATL’s top local albums of 2018.

I perform for a lot of arts institutions in the city — including the High Museum, ASO, Horizon Theatre and Whitespace Gallery — and have never been on the receiving end of anything I would perceive as racist. But that doesn’t mean that racism is not alive and well institutionally because it’s part of the air that we breathe in this country. In my personal life, I have been called the N-word while standing in front of our home with my daughter. I watched hikers scrawl that epithet on a rock while spelunking in Tennessee with my calculus teacher from Morehouse. I’ve had to tolerate being in the presence of people who felt it was appropriate to wear the rebel flag as if it were not incendiary and insulting. And I’ve sensed discomfort among white girls and white women as they clutched their purse or averted their gaze in my presence.

Growing up in the Black, middle-class neighborhood where I was raised in D.C., I was the victim of systemic institutionalized racism and the historic legacies of redlining and underfunded public schools. I lost family and friends to shootings, killings and incarcerations as they tried to negotiate the crack epidemic and other minefields that surrounded us in the 1980s. My family strategized to keep me alive by imposing strict curfews, rules about whom I could hang out with and setting standards for behavior. I had really smart, talented, accomplished Black women and Black men in my life who prepared me for the world that created opportunities for me. Those experiences led me to a place when I’m in a position to be an agent of change more than I am rooted in the experience of feeling how painful it is that I have to change the world. My education and preparation gave me advantages and privileges that protected me from the negative impacts many friends and family could not escape.

The pain that I negotiate is an awkward, uncomfortable and difficult-to-explain survivor’s guilt because I emerged from an amazingly predatory time with little-to-few scars and very little scar tissue. I want to believe that the arc of the moral universe bends toward goodness and justice. But I am more invested in the brilliance and power of Black people’s capacity for transcendence that is changing the course, and the fact, and the character of the human species. 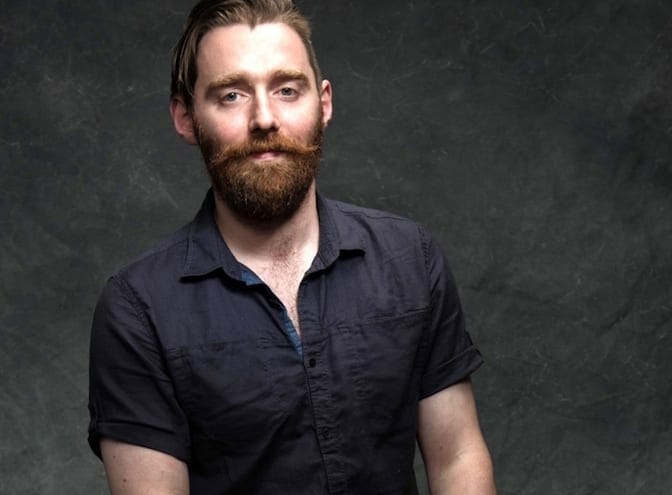 I was raised Catholic in Belfast, Northern Ireland. While I think there are some obvious parallels in terms of what it means to grow up as part of an underclass — where there are statistical divides [between Catholics and Protestants] in everything from life expectancy, to income, to access to housing — I am very, very, very clear that I speak with no expertise on the particulars of race in America, nor how the systems built upon racism are so deeply entangled with American identity. The recent Black Lives Matter protests and the learning around it have taught me how little I understand about race in America and how little I think most white people understand about race in America.

Part of being a good ally means understanding what I don’t understand. And I can’t assume that I’m going to understand it imminently. All I can do is understand it better. But what I can do is listen and learn with extraordinary sympathy and humility. I can take my lack of knowledge into account and refrain from making assumptions about or speaking on behalf of others.

There’s a Martin Luther King quote I love — “True peace is not merely the absence of tension: It is the presence of justice.” I am committed to building community in which audiences feel the presence of justice, where the theater looks and feels like the community in which it sits, and where everyone feels seen and heard based on the stories told. We intend to start important conversations at Theatrical Outfit with productions like Admissions. The play is about a white woman who is an admissions officer at a prep school and very proud of her record for diversity. Yet she uses personal privileges and connections to get her son into Yale. The playwright, George Harmon, is interested in liberal hypocrisy — people who claim to want justice but are unwilling to sacrifice anything on an individual basis to reach that goal. I am interested in engaging our audience in conversations they might not know how to have otherwise. 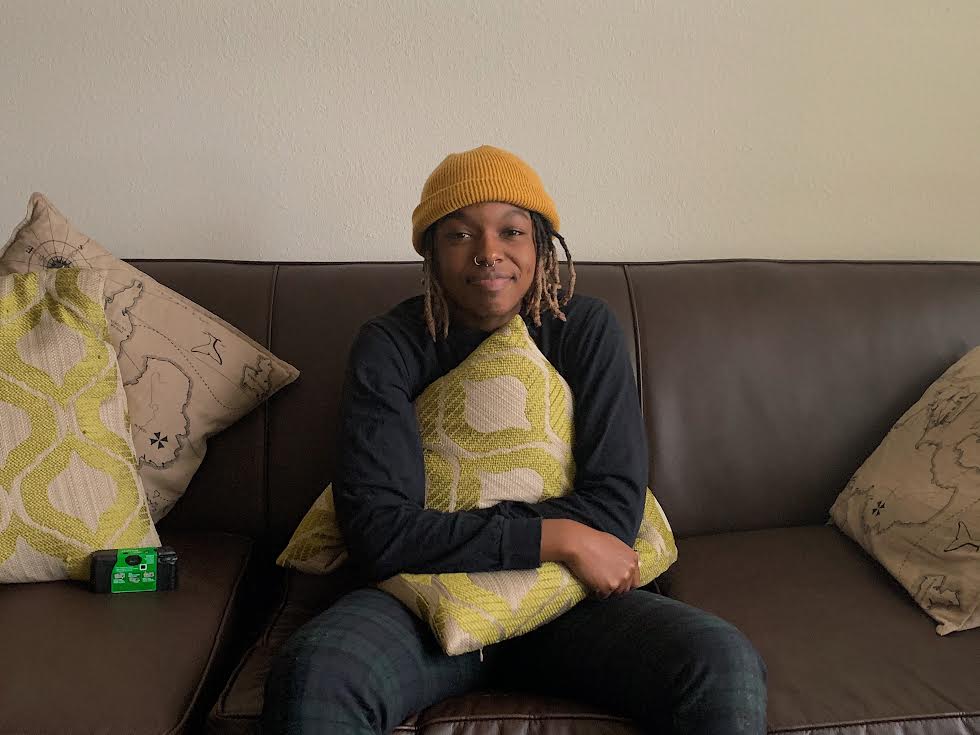 Mykala Sinclair (she/her) is a mechanical engineering student minoring in industrial design. She is president of Art Matters, a student collective focused on the art movement at Georgia Tech. As vice president of student life for the Student Government Association, she leads four committees — art, athletics, health & well-being and cultural & diversity affairs. She spends her spare time working on personal art projects. (Photo by A’Vonte Jones)

I have encountered racism and prejudice in both the art and academic spaces at Tech. As a freshman, I learned to navigate spaces across campus where I was stared at, not heard, or not openly and warmly welcomed. In hindsight,  I realize I’ve grown accustomed to the microaggressions, tokenizations and the possibility of not being accepted into study/work groups among my peers. Other BIPOC have shared similar stories of inequality, disrespect and discomfort as it relates to their race and intersectionality with me. And I now know that my experiences are far from unique among Black women enrolled in STEM programs [sciences, technology, engineering and mathematics] at predominantly white institutions.

Georgia Tech classrooms reflect the white, male-dominated field and national statistics of STEM, which has made finding community within engineering spaces difficult. For group projects, I am often encouraged to take on mundane roles like writing the paper or making presentations look pretty. When I have ideas regarding designs or tasks involving manufacturing, there has been hesitation and mistrust in my ability to execute. In conversations with well-intentioned individuals, moments of lighthearted jokes might turn awkward for me.

In time, I decided to be part of the solution by voicing my perspectives and calling out injustice when I see it. I’ve learned to partner with like-minded students to combat mistreatment, address inequality and advocate for change to meet the needs of marginalized communities. I also founded REVIVE, a mental-health organization at Tech that serves students from POC communities. I am proud of my responses to the injustices I’ve identified on campus. I hold myself responsible for the individuals I serve. And while I believe that the arc of the moral universe is long, I think it’s our responsibility to bend that arc, little by little, toward justice.