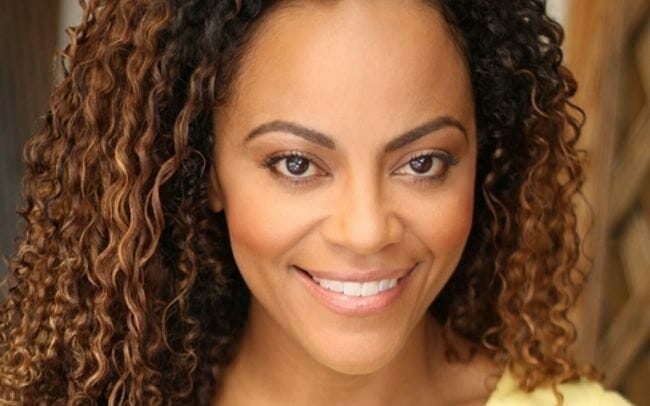 Her latest credit may be among her highest: Kajese-Bolden recently won a prestigious Princess Grace Award, which will endow her work as the BOLD Women’s Leadership Circle Artistic Director Fellow at the Alliance this season. The theater nominated her for the award, and she then went through a lengthy, multifaceted application process that included personal statements, details on how she approaches directing and footage from past projects. The awards, named for American actress Grace Kelly, who left Hollywood to marry Monaco’s Prince Rainier III in 1956, annually honor America’s most promising emerging talents in theater, dance and film. Kajese-Bolden was one of five theater artists given a scholarship or fellowship in a field dominated by women. Two other artists, including Atlanta’s Jimmica Collins of the Center for Puppetry Arts, were named “theater honoraria.”

The actor-director was born in England and raised in Zimbabwe, a nation of nearly 17 million people in southern Africa. Her family moved there after Zimbabwe gained independence from the United Kingdom in 1980. The stay obviously had an impact on her life and work.

“When you grow up in a country that was ravished by apartheid and you’re shaped by living in a biracial home in a post-colonial Africa, those responsibilities of what you do for your community and your country stay with you,” she says. “As a director, I can reflect the world that we live in by the way I shape a story. I can shine a light toward a world that we want to live in. I can use my art in a much more specific and intentioned way as a director in building community, by celebrating our differences but also putting attention on where we have similarities.” Kajese-Bolden moved to the United States in 1998 to attend college at the University of Illinois. She’s married to actor-director Keith Arthur Bolden, with whom she has two sons, ages two and seven, and a 25-year-old stepson she calls her “bonus son.”

The first professional jobs she and Bolden had were together, and they’ve since done the TV projects Greenleaf (on OWN) and The Bobby Brown Story (on BET) together. “It’s a real gift when two artists who know each other so well can collaborate together,” she says. “We trust each other but also have very different ways of working. Frankly, I’m more obsessed about things, and he teaches me to relax.”

Kajese-Bolden has recently been filming Suicide Squad 2, the new DC Comics feature film with Viola Davis, Idris Elba and Margot Robbie. It’s scheduled for release in the summer of 2021.

As the BOLD artistic director fellow at the Alliance, she’s getting an up-close-and-personal look at the day-to-day functions of running a major regional theater company. She sits in on staff meetings, audience-development strategy sessions and executive board meetings. She’s learning best practices and the business behind the art in multiple departments. Tinashe Kajese-Bolden (with husband Keith Arthur Bolden and their sons) says she’s a homebody at heart. “Hanging with my family brings me such joy.”

She’s also working on new-play development for the company’s Theatre for the Very Young (for ages five and under) and is part of the Alliance at Work Program, which teaches corporate types how to use theater techniques to improve their culture and communication skills.

An overarching goal: to see how she, as an artist, can contribute to the everyday work and storytelling that happens in a theater company and to build Atlanta’s theater culture inside and outside the community.

“Being at the table where decisions are made is vital to me,” she says. “In the moment we’re in right now — not only as a woman but a woman of color — it’s imperative that I play a role in my own narrative and shining a light on the narratives of other people that are on the outskirts of the subject matter. As an actor, I’m interpreting someone’s words. As a director, I’m interpreting other people’s work. They’re both collaborative forms, but the scope that a director has can be more impactful in shaping the experience an audience has.”

It would seem that Kajese-Bolden has no downtime, but she admits that she’s a homebody at heart. “Hanging with my family brings me such joy,” she says. “But I am also a painter, and whenever I can steal a few hours away from other responsibilities, you can find me in my garage painting oversized canvases — mostly abstract, but I do portraits too.”