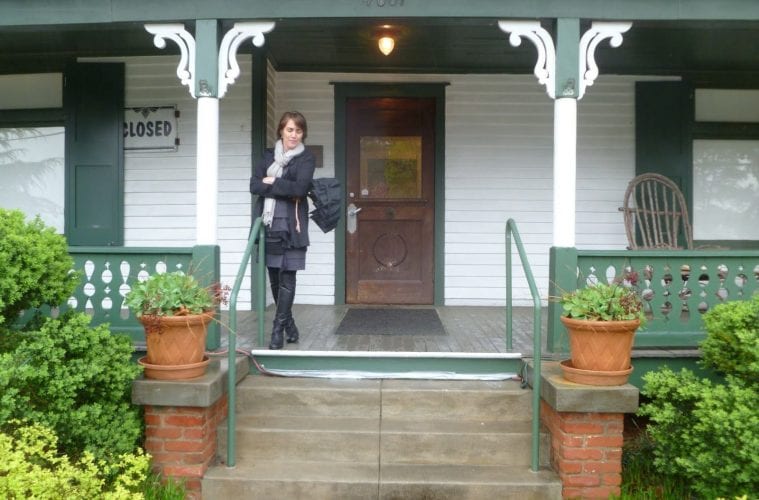 When Hope Cohn became director of Spruill Gallery in 2007, she thought she would be leading the Dunwoody institution from its digs in a charming but cramped century-old farmhouse to a spiffy new space. 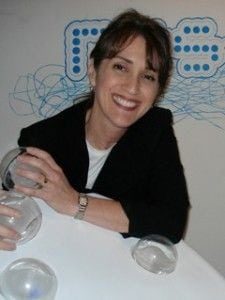 “I came to build a new center,” she recalls. “We were picking lighting fixtures!”

Shortly thereafter, the economy tanked, and so did the mixed-development project that was to house the gallery. Cohn put away her plans and has spent the past four and a half years curating creatively themed exhibitions, such as “Run for Cover,” a 2010 show about the design and packaging of record albums. (Above: Atlanta artist Flournoy Holmes’ design for the Allman Brothers Band’s “Eat a Peach.”)

Although she has exhibited artists such as South African photographer Peter Magubane, showcasing local artists, among them Michael David Murphy and Laura Noel, is Cohn’s calling. She has given special attention to emerging practitioners, introducing then-unknowns such as Margaret Fletcher, Ting Ying Han and Lucha Rodriguez to a broader public and giving them room to experiment.

“During a studio visit, I asked Lucha if she had ever thought about taking her two-dimensional cutouts off the wall,” Cohn recalls. “I gave her the hall space and told her go for broke.”

It is, perhaps, bittersweet that an exhibition of emerging artists opening June 8 will be her last at Spruill Gallery. The Spruill Center for the Arts has eliminated her position as part of cost-cutting measures to balance its $1.3 million budget.

“The gallery is a core part of the center’s mission, but it is a net drain,” Spruill Chief Executive Officer Bob Kinsey explains. “Earned income from our classes and programs supplies $1 million of the budget; the gallery doesn’t cover its own costs. 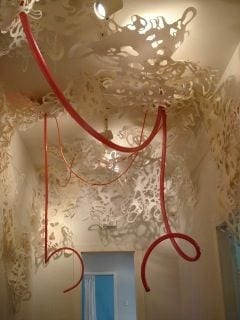 A detail of Lucha Rodriguez' 2010 installation at Spruill Gallery.

“I think Hope is just extraordinary,” says Kinsey. “She’s a fantastic curator. This is heartbreaking for me.”

The future of the gallery, which has long been a venue for local artists, is a question mark. Cohn, on the other hand, is certain that she’ll continue her work. “I’m not going anywhere,” she says. “I have ideas for exhibitions, and I’m seeking venues for them. I like helping artists.”