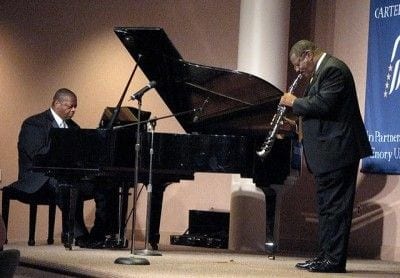 In 1910, downtown Atlanta’s First Congregational Church of Christ launched what was then called the Atlanta Colored Music Festival, a program involving black and white composers and performers that helped “discourage violence and advance respect between white and black Atlantans.” The concerts were a sensation, drawing a diverse crowd in an era of boiling racial tension, just four years after the Atlanta race riots.

The original festival didn’t last long. Last year, First Congregational’s minister Dwight Andrews, an elegant and impassioned composer, revived the festival as part of his congregation’s legacy. He made the point that the original event seemed like a “cultural moment,” but added “every cultural moment seems like a first time, going back 100 years.”

This Sunday at Spelman’s Sisters Chapel, Andrews, conductor Steven Darcey, Spelman organist Joyce Johnson and the Meridian Chorale will go at it a second time. The free concert, at 4 pm, features tenor Timothy B. Miller, among other solo singers, and includes Ulysses Kay’s adventurous anthem “Epigrams and Hymn” and Andrews’ “Benediction.”