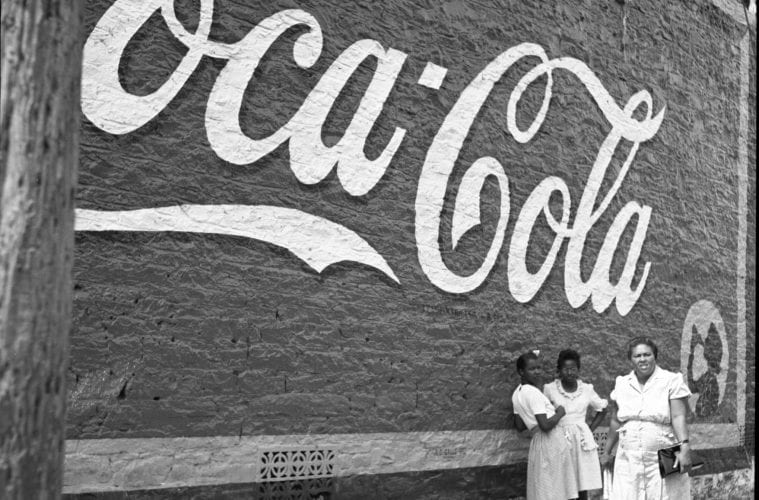 High Museum’s “The Coca-Cola Bottle: An Icon at 100” not the real thing Nonprofit status subsidizes museums through the public tax code… to foster diversity of independent thought, free from the narrow economic demands of business or the ideological commands of government. Today, that independence is being corrupted as the wall separating art museums from business activities is crumbling.” Christopher Knight, Los Angeles Times

Knight’s impassioned editorial decrying the commercialization of museums fingered so many august institutions that even the most naïve reader would have to conclude that this particular horse is out of the barn and galloping down the road faster than American Pharoah.

Right there in the middle of his list of offenders is the High Museum’s The Coca-Cola Bottle: An Icon at 100, created in collaboration with — The Coca-Cola Company.

The evolution of the iconic bottle is a legitimate story, and the section devoted to it is a tasty piece of design history. This small section of the current show, with material loaned from Coke’s archives, would have been a concise and appropriate nod to the anniversary.

But the museum chose to devote the lobby and second floor of the Anne Cox Chambers Wing to the topic, and, in straining to fill the space, purportedly to address the Coke bottle’s “impact on 20th and 21st century visual culture,” settled for contrived themes and questionable inclusions. A show that has all the rigor of a birthday present to a generous sponsor is an unseemly use of real estate. It’s not that all of the work is inferior. The wedge gallery contains a selection of wonderful photographs by masterful photographers, all from the High’s collection, all of which contain a Coca-Cola bottle or advertisement.  I would wager, however, that for most of the artists, the Coke bottle was incidental to what they were trying to say. Coke appears in the photos because the company’s advertising was ubiquitous, its old weathered signs bespeak the rural South or the bottle just happened to be in the frame. To say that the bottle “inspired” William Christenberry or Sally Mann is just wrong.

Similarly, while it is interesting to see Andy Warhol’s Coke-themed work, it is questionable that, to quote the High, “the Coca-Cola bottle helped spur Warhol’s pioneering shift to his breakthrough pop art style.” To my mind, the reverse is true. Warhol’s fascination with consumer products made the Coke bottle an obvious choice and vehicle, just like Campbell’s soup cans and Brillo boxes, which were closer to breakthrough images than Coke bottles.

There’s not much to say about the Coke-commissioned posters that fill one wall other than, why are they here? Ditto, a prominent vitrine filled with Nendo tableware made from recycled Coke bottles, which are for sale downstairs in the gift shop. You might argue that compromises are inevitable when government funding is abysmal and there are a lot of hungry mouths to feed. You might argue that mutually beneficial patron/museum relationships are nothing new. Having directed a nonprofit, I know about needs and temptations; far be it from me to be self-righteous about others’ lapses.

Still, a museum that does enough of these chummy shows (and this isn’t the first) ultimately undermines its credibility. It would have been less cynical to have put up a label saying “Here is a bunch of art with Coke bottles in it” than to wrap it in disingenuous curatorial premises.